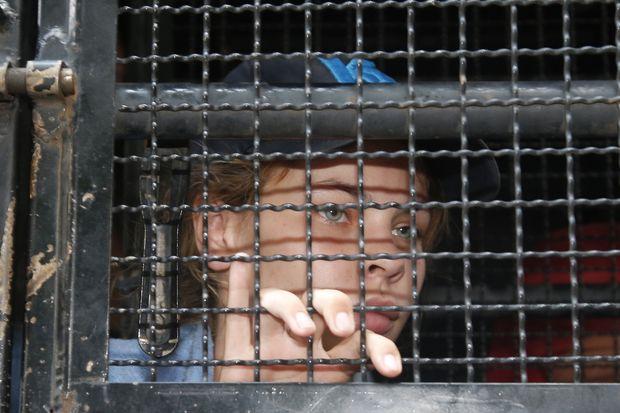 Belarusian escort Anastasia Vashukevich sits in a van leaving the Immigration Detention Center for an airport for deportation in Bangkok on Thursday. (AP photo)

MOSCOW: A Belarusian escort who claimed last year that she had evidence of Russian interference in the election of Donald Trump as U. president was arrested immediately upon her arrival in Moscow on Thursday following deportation from Thailand.

Moscow police said in a statement carried by Russian news agencies that Anastasia Vashukevich was detained in Moscow’s Sheremetyevo airport on charges of inducement to prostitution along with three people deported alongside her.

They may face up to six years in prison if convicted on the charges.

Vashukevich, who has been in a Thai prison since February last year, was given a suspended sentenced on Tuesday and ordered to be deported after she pleaded guilty to soliciting and conspiracy along with several co-defendants in a case related to holding a sex training seminar in Thailand.

Vashukevich, also known on social media as Nastya Rybka, earlier claimed to have recordings of Russian oligarch Oleg Deripaska talking about interference in the 2016 US election, but never released them.

Mr Deripaska is close to Russian President Vladimir Putin, and also had a working relationship with Paul Manafort, Mr Trump’s former campaign manager who was investigated by special counsel Robert Mueller and convicted last year of tax and bank fraud.

Russian news agencies said that four of the seven people deported from Thailand who arrived in Moscow Thursday were detained, including Vashukevich and Alexander Kirillov, her mentor in the sex training business. They may face up to six years in prison if convicted on charges of inducement to prostitution.

In the early stages of their detention in Thailand, the sex training group sent a note to the US embassy via an intermediary seeking help and political asylum. Vashukevich indicated she would turn over the recordings she claimed to have if the US could help secure her release, but she later withdrew the offer, suggesting that she and Mr Deripaska had reached an agreement.

On Wednesday in Washington, the US Senate narrowly upheld a Treasury Department decision to lift sanctions from three companies connected to Mr Deripaska.

The Treasury Department says the Russian companies have committed to separating from Deripaska, who will remain blacklisted as part of an array of measures announced in early April that targeted tycoons close to the Kremlin.

Mr Deripaska was one of 24 Russian officials and tycoons faced with sanctions imposed by the US as Washington stepped up its condemnation of Russia’s actions in recent years, including its 2014 annexation of Crimea, support for Syrian President Bashar Assad, hacking attacks and meddling in Western elections.

The metals tycoon controls a business empire with assets in aluminum, energy and construction and is worth $5.3 billion, according to Forbes magazine. 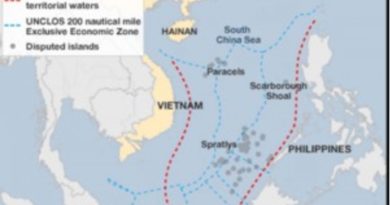 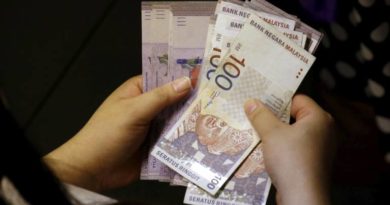 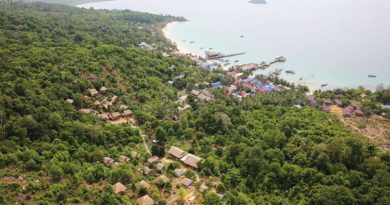