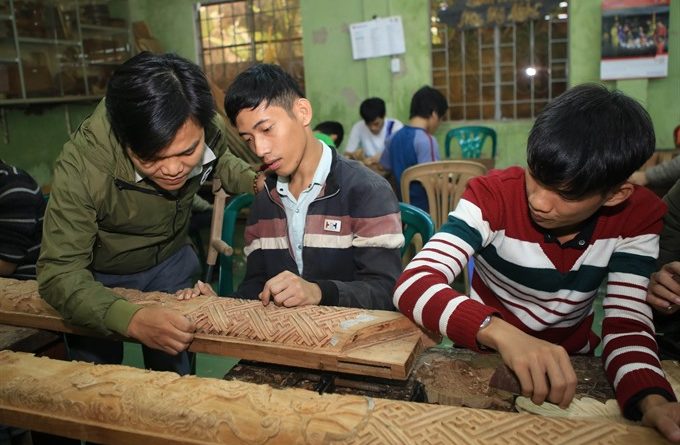 Disabled people learn masonry at a vocational training centre in Huế. Việt Nam has been told to focus on inclusive growth so vulnerable groups are not left behind during the country’s development. — VNA/VNS Photo Hồ Cầu

HÀ NỘI — Việt Nam had managed to maintain high economic growth with low inequality in recent decades, but whether the country can continue on this path would depend on how strongly it is committed to green and inclusive growth.

The remark was made by Caitlin Wiesen, United Nations Development Programme (UNDP) Resident Representative, during a leaders & policy session at the Việt Nam Sustainability Forum 2019 held yesterday in Hà Nội.

Citing the GINI index, Palma and quintile ratios – three common measurements used to show how unevenly or evenly the wealth is distributed, the UNDP official hailed Việt Nam’s progress in inclusivity, exemplified by its success in poverty alleviation which earns international recognition.

However, she warned the country would need serious thought about how to deal with the middle income trap, urging it to shift from early stage of a “factor-driven economy” to an “efficiency driven growth stage” by “transforming economic growth from exploiting natural resources and cheap, low-skilled labour to new pathway with enhanced productivity, value addition, competitiveness and environmental sustainability as new key drivers of growth.”

Quoting an International Labour Organisation 2016 report, “The future of jobs at risks of automation”, Caitlin said at least 70 per cent of jobs in the country were at risk of automation, with sectors like agriculture and manufacturing hit the hardest, adding that Vietnamese enterprises – 95 per cent of which were SMEs – needed to grow in size, and transition to formal sectors and green technologies and innovation needed to be promoted, or Việt Nam risked lagging behind.

She said the Vietnamese Government should create inclusive platforms that engender innovations and incentives experimentation of Vietnamese firms with “frontier technologies” to restore the natural environment or promote circular economy and the use of green energy, pay attention to building IT infrastructure and e-Government to “better utilise domestic data resource for growth,” and “catalyse a culture of anticipatory governance, regulations and services” in the age Industry 4.0 to facilitate the growth of ‘sunrise industry’ companies, referring to newly emerging industries like electronics or telecoms.

Skill development system and social protection system would also need to be revised to make sure no one is left behind, she added.

“Promoting sustainable development is not only about economic development, but also the settlement of social issues and environmental protection,” he said.

The agricultural sector posted the highest growth in the past seven years with export turnover of $40.02 billion. Việt Nam has witnessed its poverty rate declining from over 60 per cent in 1986 to around 7 percent at present.

He said Việt Nam was at a “turning point”, claiming the implementation of the national socio-economic development strategy in 2011-20 would bring enormous benefits to the country’s sustainable development, including the improvement of biodiversity, the reduction of environmental pollution, and a more responsible use of natural resources.

Nguyễn Đức Khương, chairman of the Association of Vietnamese Scientists and Experts (AVSE Global), said rapid and sustainable growth much depended on the quantity and quality of human resources, especially as science-technology and innovation played key roles in creating added value.

He added that human resources were the decisive factor in labour and capital productivity. A strategy focusing on the quality of human resources would help Việt Nam gain access to sustainable development trends and digital transformation, he said.

Proposing solutions to the field of climate change, Assoc. Professor Đào Văn Hùng, director of the Hà Nội-based Academy of Policy and Development, said recommendations to macro-regulation policies by the Government should focus on attempts to reduce human impacts on nature and the environment, allocate financial resources to implement climate change adaptation programmes, as well as connect scientists and officials on a global scale to engage in mitigation efforts.

In addition, media agencies needed to be active in co-ordinating information campaigns to raise awareness among communities and the whole society on climate change and environmental protection.

To realise Việt Nam’s vision of becoming a modern nation in the next 20 years, the World Bank and the Ministry of Planning and Investment presented a range of recommendations in their joint Việt Nam 2035 report, including enabling economic modernisation, improving the country’s technological and innovative capacity, reshaping urban policies and investments, and charting an environmentally sustainable development path.

Việt Nam was, however, one of the top five countries in the world most vulnerable to climate change, with intensity and frequency of extreme weather events and natural disasters threatening to undermine its development.

The Việt Nam Sustainability Forum, running its second edition this year, aims at providing a platform for global leaders and stakeholders (policymakers, academics, businesses, entrepreneurs, and NGOs) to present and discuss worldwide initiatives, practices and visionary trends on sustainability.

The ultimate goal is to achieve the long-lasting development of an inclusive and equitable society whereby prosperous growth goes together with a sustainable environment. — VNS 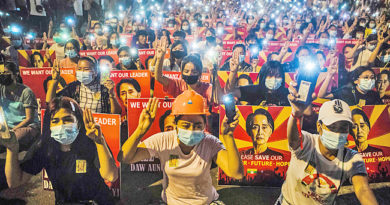 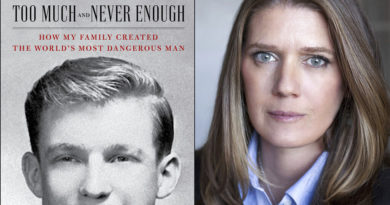 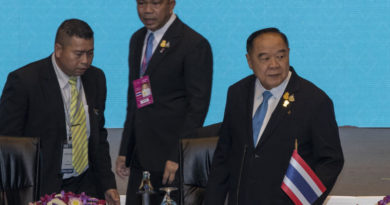