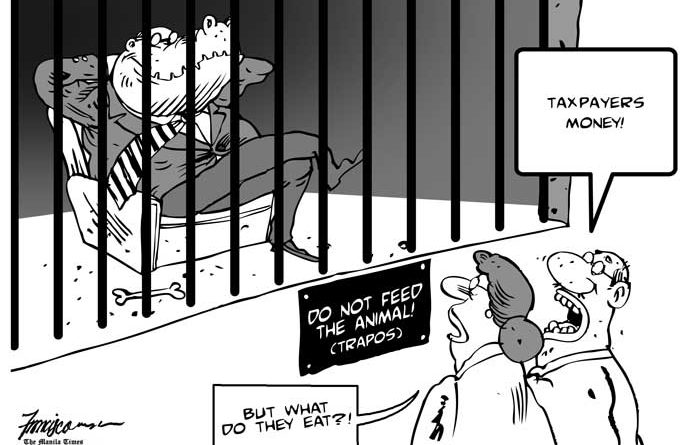 CONGRESS finally approved the P3.757-trillion 2019 General Appropriations Act this week, a full month after the fiscal year rolled off without an approved national budget, thereby keeping President Rodrigo Duterte from fully reenacting the 2018 budget, as Speaker Gloria Macapagal Arroyo used to do, when she was president of the Philippines.

However, the charge that the budget is laden with billions of pesos in questionable lawmakers’ “pork” remains unresolved. This had provoked an acrimonious back and forth between Budget Secretary Benjamin Diokno and former House majority leader, now Appropriations Committee Chairman Rolando Andaya Jr., and they are not about ready to smoke peace. Andaya has threatened to hound Diokno with plunder charges.

DU30 has vowed to subject the budget to a line-by-line veto on the assailed insertions. And Cabinet Secretary Karlo Nograles for one, who used to chair the House appropriations committee before he joined the Cabinet, has promised to make sure this happens. But highly informed Congress sources doubt that the Cabinet secretaries will allow their respective departments’ appropriations to be easily written off without a fight. The lawmakers themselves will fight tooth and nail to retain the fruits of their legislative privilege. Under the approved budget, members of the House are expected to receive an allocation of P160 million per member, while the senators will receive an average of at least P3 billion each.

The pork reborn
However, sources at the bicameral conference committee, which put the final touches on the P3.757 trillion budget, are convinced some “senators who are smarter than others” will receive infinitely much more. One senator is said to have proposed a total of P88.82 billion in “institutional” and other insertions, while washing his hands clean of any pork barrel or “insertions.” These include P2 billion for the Disaster Risk Reduction Management Fund; P2 billion for the Secretary of Education’s Quick Response Fund; P3.7 billion for a school-based feeding program; P1.7 billion for the Teachers’ Quality and Development Program; P2.92 billion for the computerization program; P920.6 million for the Supreme Court and lower courts; and P970 million for the construction of public markets in the local government units.

Another proposal from the same senator, the sources said, is to allocate P870 million for the acquisition of three light helicopters worth P120 million and three multi-purpose fixed-wing aircraft worth P750 million, for the Philippine Coast Guard.

The same proponent, according to the same sources, has proposed allocating P50.95 billion for the government takeover of the Korean Hanjin Heavy Industries Construction Shipyard, which has run into bankruptcy and whose possible takeover by the Chinese government poses questions of national security to us. It may not be necessarily bad for the government to take over Hanjin, but this should be the subject of a thorough study and decision before anyone moves to throw money into it. So far, there has been no such study, and the government has not decided if it is interested.

Another senator, who heads an important committee, and is running for a local government position in this election, has insertions totaling P25 billion, according to the same sources. How come the public and the other members of the Congress do not know anything about these things? Because of our peculiar budgetary process.

As the proposed budget from the Executive Department is debated, members of the two Houses try to propose whatever amendments they would like to be included in it. But after both Houses have approved their respective versions of the budget, a bicameral conference committee is organized to reconcile the disagreeing provisions of the two Houses. The chairmen of the House appropriations committee and the Senate finance committee normally perform this job with plenary powers from their respective Houses. Normally, only the heads of agencies and the budget secretary are consulted.

Working without pork
At the initiative of a young idealistic group, abuses committed by the Aquino administration in the handling of the “pork barrel” led the Supreme Court to strike down the pork barrel system as “unconstitutional” and to criminalize its abuse. The SC ruling gave rise to high expectations that the guilty would be punished, and that legislators would henceforth learn to do their jobs without expecting to be rewarded with “pork.”

But in the end, not even the former Budget secretary Butch Abad who conceptualized the “Disbursement Acceleration Program” that allowed then President B. S. Aquino 3rd to bribe 19 senator-judges with P50 million or more each in order to convict and remove the late former Chief Justice Renato Corona, was touched; and although candidate DU30 promised to fight corruption everywhere, the “pork barrel” system simply reappeared with a vengeance. Where before every congressman had a questionable pork allocation of P70 million per annum, this quickly rose to at least P120 million — and now to P160 million.

The SC ruling against the pork barrel simply became a joke. In some circles of Congress, they are no longer talking of the “pork barrel.” They are now talking of “parking the entire budget” in order to get the most from all available appropriations. In the Department of Public Works and Highways, sources said the Secretary has given every District Engineer the authority to implement projects worth P100 million on their own. This has not happened in the entire history of the DPWH before, these sources said. This allows the District Engineers to play directly with the congressmen and senators on their own, the sources said.

Parking the budget
But it also allows the DPWH secretary a bigger playing room, these sources said. After putting certain projects under the DE’s authority, the secretary could “park” them back in his office if and when implementation is delayed. This enlarges his power over the projects.

It’s often said that when the greatest American bank robber in history was asked why he kept on robbing banks, he answered, “because that’s where the money is.” This is what has become of many, if not most, of our current politicians — bank robbers. Why are they in politics? Because, that’s where the money is. They are in Congress not to make good laws, which they know nothing about, but simply to make a pile, even at the expense of everything else. Most of those who sold their souls to Aquino in order to get rid of an independent-minded magistrate are still sitting in the Senate, and new ones are coming who will probably not mind doing much worse. Yesterday, when the official campaign period for the May 13 elections began, we heard the most absurd pompous injunction from the Commission on Elections.

Candidates were told to obey all election laws to help ensure the holding of a clean and honest election in May. This was the most hypocritical and revolting announcement one heard from the poll body. For the past several months, the former presidential special assistant and senatorial wannabe Christopher Lawrence “Bong” Go covered the entire country with his mugshot, without being reminded of the election law. Knowing he is a candidate for the Senate, he cannot say he’s not yet campaigning just because none of his posters says, “Vote for Bong Go.” I have a friend who drove all the way to Baguio hoping to give his young children a sunlit view of the mountainside on his way to Baguio. They missed the mountainside. They only saw the posters of Bong Go.

IN MEMORIAM. I join the family and friends, and the nation’s art and cultural community, in mourning the loss of Armida Siguion Reyna, who joined her Maker on Monday afternoon at 88. She was a great inspiration and a dear friend. Her enduring TV show “Aawitan Kita” brought joy to so many hearts, but her warm personality and sparkling conversation enlivened the young and old alike. My wife and I will always treasure the fact that she sang so beautifully at our wedding on Aug. 20, 1970, with Fr. Horacio de la Costa, S.J., at the Sanctuario de San Jose, Greenhills. I ask the gentle reader to join me in praying for the repose of her soul. Thank you. 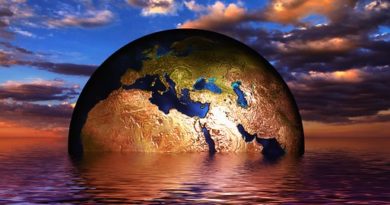 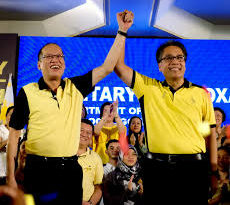 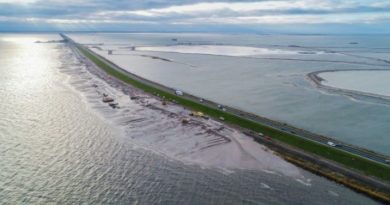