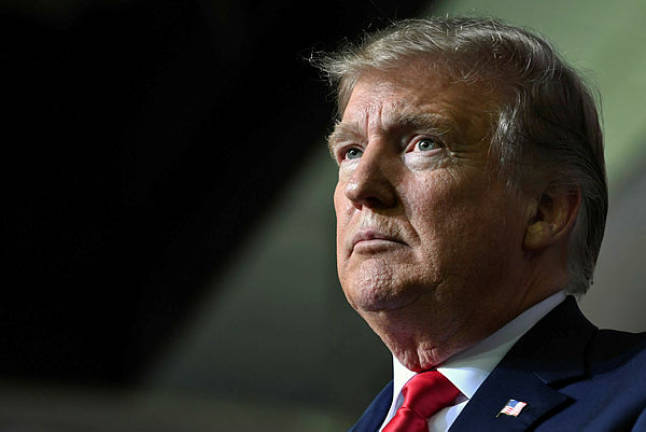 .
WASHINGTON: US President Donald Trump will sign a spending bill to avert a government shutdown but will also issue an emergency declaration to fund his controversial border wall, the White House and lawmakers said Thursday.

Top Senate Republican Mitch McConnell told colleagues that he spoke by phone with Trump, who “indicated he’s prepared to sign the bill. He will also be issuing a national emergency declaration at the same time”.

“He will also take other executive action – including a national emergency – to ensure we stop the national security and humanitarian crisis at the border,“ Press Secretary Sarah Sanders said.

Making such a declaration would free Trump to seek to redirect federal funds from elsewhere to help pay for a wall along the US-Mexico border.

Trump saying he will sign the spending bill, barely 30 hours before a Friday midnight deadline, eases some pressure in Washington after he had openly expressed concern about the deal reached earlier in the week between Republicans and Democrats.

But lawmakers are concerned the emergency declaration will send the Trump administration careening into unknown territory.

“Declaring a national emergency would be a lawless act, a gross abuse of the power of the presidency and a desperate attempt to distract from the fact that President Trump broke his core promise to have Mexico pay for his wall,“ House Speaker Nancy Pelosi and Senate Minority Leader Chuck Schumer said in a statement.

Many have warned that they have no idea from where Trump will draw the funding. Democrats in particular have signaled that the move would open the door to future presidents declaring emergencies on various topics, from gun violence to climate change to the opioid crisis.

But lawmakers were still prepared to advance the spending bill to avert a shutdown.

Minutes after the White House’s announcement on Trump’s intentions, the Senate voted overwhelmingly to pass the spending package and send it to the House of Representatives, where Pelosi said the chamber will vote on the bill later Thursday.

The measure includes only US$1.375 billion (RM5.6 billion) for border barriers or fencing, far from the US$5.7 billion (RM23.2 billion) that Trump has sought for his long-promised border wall – a demand that led to the recent 35-day government shutdown, the longest in US history.

The compromise package funds until Sep 30 the 25% of the government whose operations would lapse if the bill is not signed by Trump by the midnight Friday deadline.

Pelosi, Trump’s Democratic nemesis, expressed disdain for the president’s upcoming emergency declaration, warning that he was doing “an end run around Congress”.

“It’s not an emergency, what’s happening at the border,“ she said.

Trump’s declaration is expected to be challenged in court, and Pelosi acknowledged that “that’s an option”.

Under the National Emergencies Act, the president can declare a national emergency, providing a specific reason for it.

That allows the mobilization of hundreds of dormant emergency powers under other laws, which can permit the White House to declare martial law, suspend civil liberties, expand the military, seize property and restrict trade, communications and financial transactions.

Trump has repeatedly stated he will look to other federal sources to fund his wall, noting Wednesday that the administration has access to “a lot of money” being repurposed from existing federal funds to cover unmet wall construction costs.

But some Republicans have been warning that an emergency declaration would set a potentially problematic precedent.

“I have concerns about the precedent that could be set with the use of emergency action to re-appropriate funds,“ veteran Republican Senator Chuck Grassley said in a statement.

“Accordingly, I will study the president’s declaration closely.”

Trump is widely seen to have suffered politically more than Democrats over the previous shutdown fight.

But he also needs to assuage conservatives livid that the president retreated from his wall-funding demand, a longtime campaign pledge.

The bipartisan spending measure, negotiated for weeks, notably does not contain the word “wall” in its 1,165 pages, instead calling the structures physical barriers, pedestrian fencing and “levee” fencing.

In addition to the US$1.375 billion for barrier construction, another US$1 billion is being allocated for improving other border security technologies, upgrading facilities and boosting inspection operations at ports of entry.

The deal also allocates US$563 million to hire more immigration judges to address a massive case backlog, and US$415 million for humanitarian operations at the border. — AFP 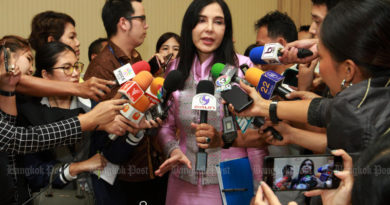 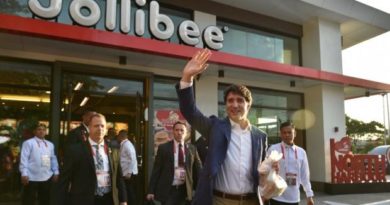 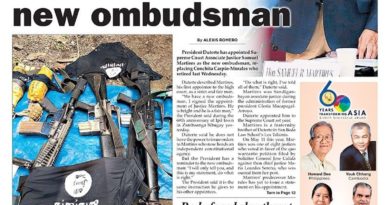