LONDON: The Dutch husband of Shamima Begum, a British-born teenager who fled to join Islamic State, wants to live with her in the Netherlands, he said in an interview out Sunday from detention in Syria.

Yago Riedijk, who is being held in a Kurdish-run detention centre in northeast Syria, married Begum days after she arrived in territory held by IS when he was 23 and she was 15, he told BBC television.

Begum, 19, from east London and now in a refugee camp, has said she would like to return to Britain but has been stripped of her British citizenship by the government which deems her a security threat.

Riedijk, 27, says he now rejects IS after having fought for the jihadist group. Instead, he wants to return home to the Netherlands with his wife and their newborn son. Their first two children died.

“I would love to go back to my own country… I now understand the privileges I lived with. The privilege of living there as a citizen,” he said.

“I understand that many people have a problem with what I did… I have to take responsibility for what I did. Serve my sentence.”

Asked if he thought marrying a girl of that age was acceptable, he acknowledged that she had been “very young”.

“When my friend came and said there was a girl who was interested in marriage, I wasn’t that interested because of her age, but I accepted the offer anyway,” he replied.

“We sat down and she seemed in a good state of mind. It was her own choice, she was the one who asked to look for a partner for her.

“Then I was invited and yeah, she was very young and it might have been better for her to wait a bit. But she didn’t, she chose to get married and I chose to marry her.”

Riedijk, from Arnhem, told the BBC that he had been imprisoned and tortured after IS suspected him of being a Dutch spy. He surrendered to Syrian fighters.

“I lived a miserable life. I was imprisoned. I was tortured. I lived in fear,” he said.

“It was my own fault for going, yes, but I didn’t come out of it as a winner, in any way.”

He said he did not see how Begum could be deemed a threat by the British authorities.

“I don’t understand how she would, in any form, be a danger. All she did was she sat in the house for three years, took care of me and my children,” he said.

The case of Begum has highlighted a dilemma facing many European countries, divided over whether to allow jihadists and IS sympathisers home to face prosecution or bar them as the so-called “caliphate” crumbles.

A spokesman for the Dutch Justice and Security Ministry said they could not comment on individual cases.

Speaking generally, he told AFP: “The Netherlands don’t offer any help to Dutchmen in Syria willing to return. If someone reports at a Dutch embassy or consulate, that person will be transported to the Netherlands, arrested and prosecuted.

“Foreign fighters with two (or more) nationalities, who are deemed a threat to our national security, can have their Dutch citizenship (or) passport revoked.”

To be eligible for a residence permit to live in the Netherlands, a valid passport or travel document is mandatory, and people must meet national security requirements. 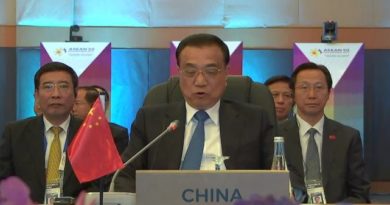 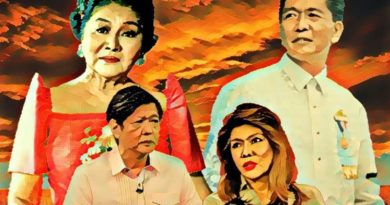