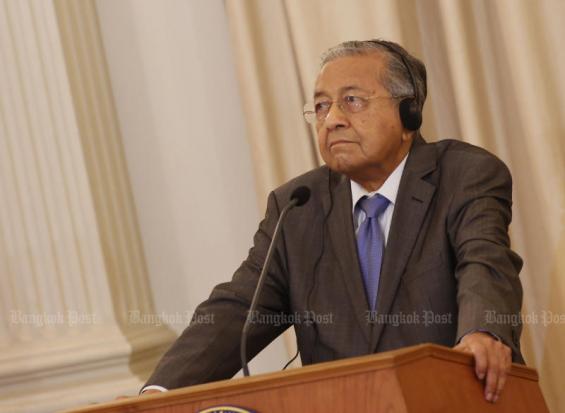 That was Malaysian Prime Minister Mahathir Mohamad’s response when asked by the South China Morning Post to comment on public sentiment in Singapore that blames him personally for a downturn in the relationship between the countries.

Ties have become somewhat fraught since  Mahathir returned to power last May. In sharp contrast to the warmth Singapore felt from Malaysia during the era of the now-disgraced former prime minister Najib Razak, the neighbours in recent months have bickered over a range of issues.

The tensions have rekindled memories of  Mahathir’s first stint as prime minister from 1981 to 2003.

In the exclusive interview with the South China Morning Post, Mahathir zoomed in on one bilateral issue he has complained about for years — the price Singapore pays his country for fresh water.

He stuck to his guns that the republic was profiteering by not budging on the price of 3 Malaysian sen (2.30 baht) per 1,000 gallons of water, set in the 1960s.

Mahathir claims the price was set in the 1920s as part of a pact between the former colonial administrators and the southernmost Malaysian state of Johor that supplies the water.

Singapore disputes this, claiming the island received water during the colonial era free of charge, apart from the cost of renting the waterworks and catchment areas.

It also says the price cannot be renegotiated as Malaysia had forfeited the right to do so at the 25-year mark of the agreement in 1987. A price review was broached during bilateral talks held between 1998 to 2003, but it did not result in a new price.

In Thursday’s interview with the South China Morning Post, Mahathir stuck to his long held views on the matter.

He refuted Singapore’s view that he passed up on the opportunity to review the deal.

“We are entitled to renegotiate the price after 25 years … but what Singapore says [is] that because 25 years have passed, therefore you have lost your right to negotiate. How can that be? It says after 25 years, not at 25 years you must negotiate.”

The prime minister, who sparred with former Singapore prime minister Goh Chok Tong over the matter in the 2000s, pointed out that other Malaysian states pay more to Johor for water supplies than Singapore.

“What we are saying is, it is ridiculous that the state of Johor sells water to the state of Malacca at 50 sen per thousand gallons and yet sells at 3 sen to Singapore.”

He added: “And we all know that Singapore is a developed country, it is a very rich country. Its currency is three times higher than our currency, although before they were the same. And yet they are asking a poorer country to subsidise their economy and their growth.”

Asked if the water deal was the “biggest issue” among the various sticking points, Mahathir said it was “the problem that has shown there is no agreement reached between Singapore and Malaysia”.

“There are also other issues of course. But to say that this is unusual, unfair or unjust is ridiculous. There is no place in the world where water is sold by one entity to another, or petroleum is sold to other countries at a price that was fixed in 1926.”

The foreign ministers of both countries have recently suggested their officials are making progress in talks on two other issues — over maritime boundaries and Singapore’s management of a portion of Malaysian air space.

In December, shortly after Mahathir made an official visit to Singapore for the first time since he returned to power, a spat broke out over the two issues.

Singapore Foreign Minister Vivian Balakrishnan on Thursday said there may be “some joint announcements” in the next two weeks following “reasonable progress” in talks over the maritime dispute. 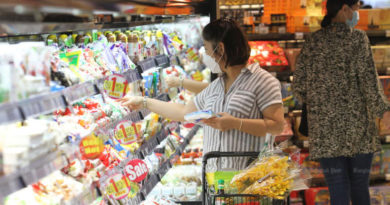 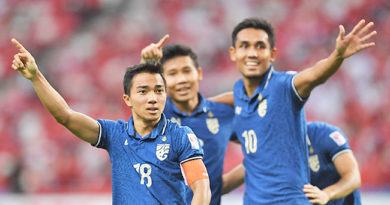 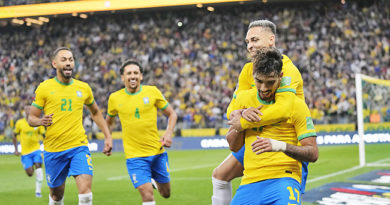