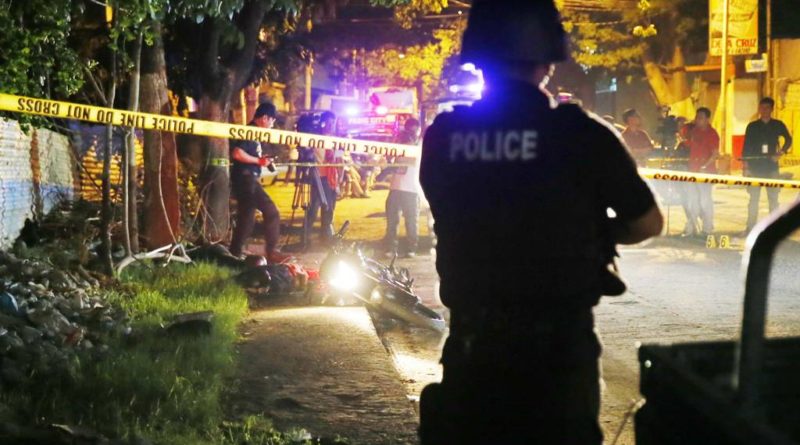 In its annual global human rights report for 2018 released March 13, the U.S. State Department noted a “sharp rise” of extrajudicial killings with the onset of the Philippine government’s campaign against illegal drugs in 2016.

“Extrajudicial killings have been the chief human rights concern in the country for many years and, after a sharp rise with the onset of the anti-drug campaign in 2016, they continued in the reporting year, albeit at a lower level,” the report read.

The report noted that from January to September 29, the media has chronicled 673 deaths in police operations suspected to be connected with the government’s war on drugs.

It also noted that civilian control over the Philippine National Police (PNP) “continued to improve but was not fully effective.”

Human rights issues included unlawful or arbitrary killings by security forces, vigilantes, and others allegedly connected to the government, and by insurgents; forced disappearance; torture; arbitrary detention; harsh and life-threatening prison conditions; political prisoners; arbitrary or unlawful interference with privacy; criminal libel; killings of and threats against journalists; official corruption and abuse of power; and the use of forced and child labor.

The U.S. State Department said the Philippine government investigated a “limited number” of reported human rights abuses including abuses by its own forces, paramilitary and insurgent and terrorist groups.

It added that police impunity “increased significantly” after the sharp increase in killings by police in 2016.

The report cited data from the PNP which stated that 441 police officers have been accused of committing human rights violations from January to July 2018.

Of the number, the report said court charges remain pending in 375 cases, 50 accused personnel were exonerated; 10 cases were dismissed; four police officers were dismissed from the service, one suspended, and one demoted.

An additional 21 police personnel were dismissed from the service for their participation in anti-drug operations.

The report described the PNP Internal Affairs Service (IAS), which was mandated to ensure police personnel operate within the law, as “largely ineffective.”

In April, the IAS reported that from 2015 to 2017, final reports with a recommendation for action had been submitted to PNP leadership in only 721 out of 2,431 cases.

The IAS reported that manpower and resource limitations hampered the legally required investigations into deaths resulting from police operations, but asserted nonetheless that 100 percent of the deaths in police shootings resulted from legitimate, lawful police actions.

The reported noted that Bureau of Corrections (BuCor) facilities operated at more than 2.5 times the official capacity of 16,010, holding 43,978 prisoners.

It added that the capacity remained the same as in 2017, but the number of prisoners grew by 2,000.

The Commission on Human Rights (CHR), the report noted, confirmed that overcrowding had worsened because of the Duterte administration’s anti-drug campaign.

Citing data from BuCor and the Bureau of Jail Management and Penology (BJMP), the U.S.State Dept. report noted that there were 799 inmate deaths from January to July 2018.

It added that medicine allowance for each prisoner was only P10 per day.

The following topics were also included in the report: 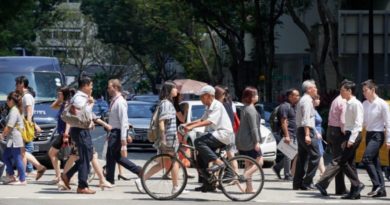 Singapore and THE WORLD NEWS on Tuesday, Aug 20 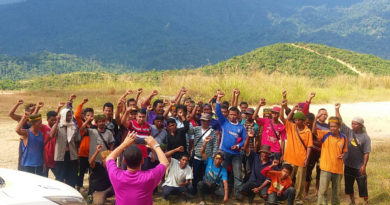 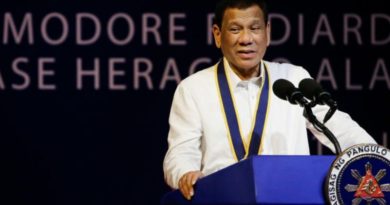