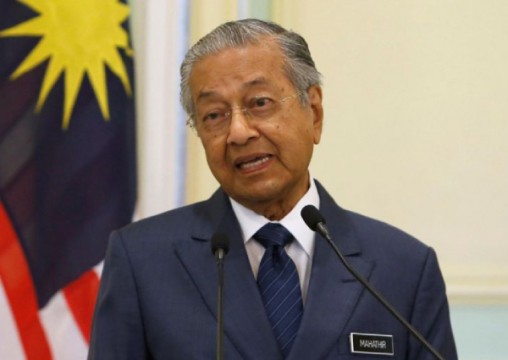 The powerful sultan of Malaysia’s Johor state on Wednesday demanded that “certain parties” quit interfering in his state’s affairs, as a bitter feud between his royal household and Prime Minister Mahathir Mohamad showed no sign of abating.

Mahathir immediately volleyed back as he emphasised that the country was not an “absolute monarchy”.

Tension between the royal family and the 93-year-old statesman stretch back decades, but this week has centred on Sultan Ibrahim Ismail’s powers to appoint and fire the state chief minister.

The spat has attracted national attention and rekindled memory of Mahathir’s showdown with the country’s royal houses during his 1981-2003 stint in power.

Johor’s chief minister Osman Sapian, a Mahathir ally, on Monday resigned after weeks of speculation that the sultan – who is among nine state rulers with some constitutional powers – wanted him removed from the post.

The hereditary rulers have powers under the constitution to “appoint” the chief minister, but the candidate also needs to command support from a majority of the state assembly.

Mahathir on Tuesday said his party, Parti Pribumi Bersatu Malaysia (Malaysian United Indigenous Party) – the largest party in the state – would appoint a successor to Osman.

He repeated his position on Wednesday morning, telling reporters this was a “political matter [and] the sultan does not play a role”. Instead, he said the majority party in the state assembly had the prerogative to decide who occupies the chief minister role.

This ran contrary to social media posts by Sultan Ibrahim’s eldest son, Crown Prince Tunku Ismail. The prince said on Twitter that his father had “absolute” powers to decide who becomes the chief minister of Johor. The sultan himself weighed in on Wednesday with a tersely-worded statement.

“I want certain parties to stop their noise and political battles and focus on safeguarding the country,” Sultan Ibrahim wrote on Facebook. “With regards to Johor, don’t busy yourself in state affairs as sovereignty remains with the sultan.”

The sultan said he would make a decision in the “b

est interest of the people” when he returns from an overseas trip.

Mahathir within hours responded to the comments in a press conference.

“I am [of] the opinion that if we assume that those who chose prime ministers and menteri besars [chief ministers] were the monarchs, we will no longer be a democratic country,” he was quoted as saying by the Malay Mail.

“This is because a party that was rightfully chosen by the people, that has the power to appoint menteri besars, have had their rights denied and [this is] undemocratic. We would be a country with an absolute monarchy,” he added.

The verbal shadow boxing – Mahathir and the sultan have not directly referenced each other in their latest barbs – put on full display the worsening feud between their two camps.

In January the pair had a closed-door meeting that both men said had cleared the air. Recent events suggest tensions remain, however.

Mahathir last week tacitly blamed Crown Prince Tunku Ismail for his government’s U-turn on acceding to the Rome Statute a precursor to joining the International Criminal Court – following “confusion” among hereditary Malay rulers about its impact.

Tunku Ismail had staged a social media campaign against the move citing fears that it would erode the powers of the monarchs.

The Johor royal household, meanwhile, has a long list of gripes with Mahathir’s government, with Tunku Ismail emerging in recent months as one of the administration’s top critics.

Among the family’s top grievances is Mahathir’s dim view of the US$100 billion, China-led Forest City project in the state. Sultan Ibrahim has a stake in the project and has been accused by Mahathir of recklessly selling freehold land to the Chinese.

The monarch has said the criticism was a form of racial dog whistling.

Comments by Tunku Ismail last year meanwhile suggested his family continues to hold a grudge against Mahathir for his efforts in the 1980s and 1990s to dramatically curtail the hereditary rulers’ constitutional powers and legal immunity.

Changes in the 1990s to remove the rulers’ legal immunity stemmed from violence against a citizen by a member of the Johor royal family.

In a 2017 interview with This Week in Asia, Mahathir, asked about his long-running feud with the Johor palace, insisted he did not bear a grudge.

“If the Sultan doesn’t like me, it’s alright. I am not asking people to like me, I am just going to stand up for what’s right,” he said.

And on Tuesday, the veteran politician appeared to make light of the tension.

Asked by reporters whether Osman had tendered his resignation to him or the sultan, the prime minister replied: “As of now he has sent his resignation letter to Duli Yang Maha Mulia Mahathir bin Mohamad.”

This article was first published on South China Morning Post 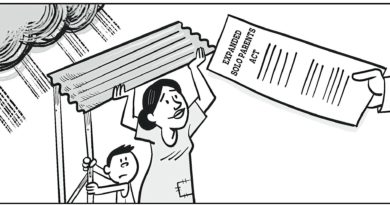 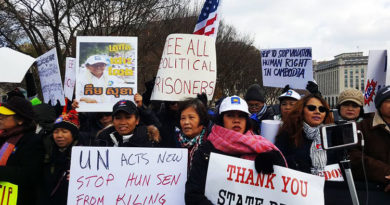 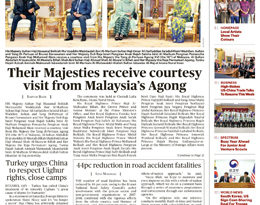