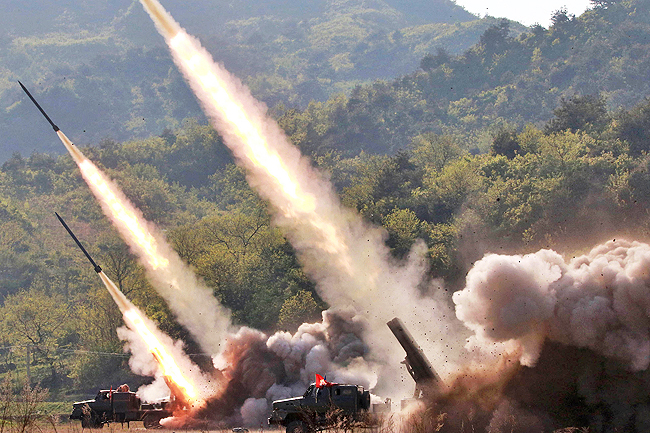 SEOUL, South Korea (AP) – The United States (US) and South Korean militaries evaluated the two projectiles North Korea flew on Thursday as short-range missiles, a South Korean military official said yesterday, a day after the North’s second launch in five days raised jitters about an unravelling detente between the Koreas and the future of nuclear negotiations between Washington and Pyongyang.

The weapons flew 420 kilometres and 270 kilometres, respectively, on an apogee of 45 to 50 kilometres, according to Seoul’s Joint Chiefs of Staff and Defence Ministry. The launches were seen as Pyongyang’s possible warning towards Washington over deadlocked nuclear negotiations as they continue to struggle with mismatched demands in sanctions relief and disarmament.

Experts said the missile was identical to the one the North launched last Saturday, which appeared to be a solid-fuel missile modelled after Russia’s Iskander short-range ballistic missile system. The Rodong Sinmun photos showed the North used a tracked launch vehicle on Thursday, unlike last Saturday when it used a wheeled vehicle.

Some analysts said the new missile would be potentially capable of delivering warheads and striking targets within the entire Korean Peninsula. It’s unclear how close the North Korean missile would come to match the capabilities of the Iskander, which experts say could be manoeuvred during flight to improve its chances of evading missile defence systems.

The South Korean military official said the South Korean and US militaries are jointly analysing more details from the launch, including whether the missiles fired on Thursday were the same weapons the North tested last Saturday. He didn’t want to be named, citing office rules.

What was launched on Thursday is a crucial detail, as North Korea is banned by the United Nations (UN) from testing ballistic missiles. A major missile test could result in more sanctions, and the North’s so far unsuccessful push for large-scale sanctions relief is at the heart of the current diplomatic impasse with Washington.

South Korea’s military initially said on Thursday that at least one projectile was launched from the Sino-ri area of North Pyongan province, an area known to have one of North Korea’s oldest missile bases where a brigade operates mid-range Rodong missiles. It later said there were two launches from the nearby town of Kusong, where North Korea conducted its first successful flight tests of its Hwasong-12 intermediate-range missile and Hwasong-14 intercontinental ballistic missile, both in 2017.

Kusong is also home to missile test facilities that were critical to the development of North Korea’s solid-fuel Pukguksong-2, which was successfully flight-tested for the first time in February 2017, in the North’s first missile test after President Donald Trump took office.

The latest launches came as US Special Representative for North Korea Stephen Biegun visited South Korea, and hours after the North described its firing of rocket artillery and an apparent short-range ballistic missile last Saturday as a regular and defensive military exercise. North Korea also ridiculed South Korea for criticising those launches.

Trump told reporters the weapons were smaller, short-range missiles, but, “Nobody’s happy about it.”

He has met with Kim at two summits but said on Thursday at the White House, “I don’t think they’re ready to negotiate.” 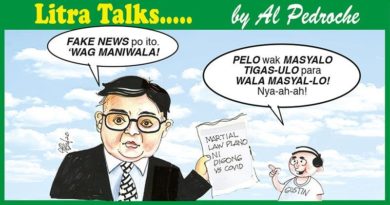 SEND IN THE CLOWN- Fake News! 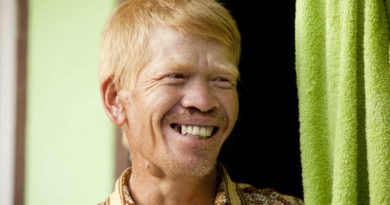 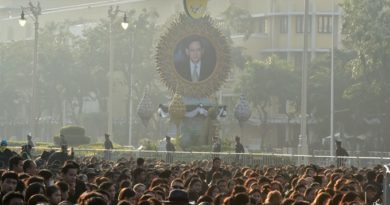