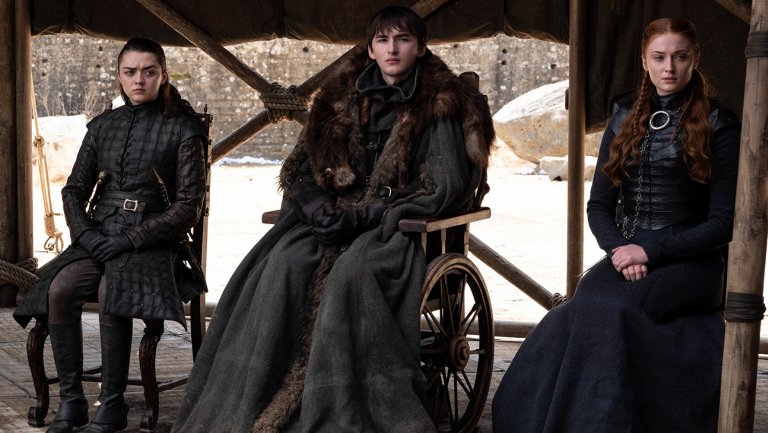 [This story contains spoilers for the series finale of HBO’s Game of Thrones, “The Iron Throne.”]

Who ended Game of Thrones on the Iron Throne? Nobody, as it turned out, but David Benioff and Dan Weiss anointed a new ruler of Westeros all the same.

The new ruler of Westeros’ path toward the throne was set in motion long ago.

.
That person: King Bran the Broken, Ruler of the Six Kingdoms and Protector of the Realm. Long may he reign.That’s right: Bran Stark, played by Isaac Hempstead Wright, ends the series in charge of the Seven Kingdoms — well, six kingdoms, thanks to Sansa Stark (Sophie Turner) withdrawing from the realm and becoming Queen of the North. Not a huge shocker, that one; Sansa’s entire arc was building to her ruling over… well, something. But Bran as King of the Realm? It’s definitely a shocker, not the person most fans would have predicted. He’s not a Targaryen, and he’s expressed zero interest in even being the Lord of Winterfell, as was his birthright — which is a big part of the reason why he earns the crown.”I know you don’t want it,” Tyrion (Peter Dinklage) tells Bran. “I know you don’t care about power. But I ask you now, if we choose you, will you wear the crown? Will you lead the Seven Kingdoms to the best of your abilities, from this day until your last day?”.
.

———
Bran’s solemn response: “Why do you think I came all this way?” 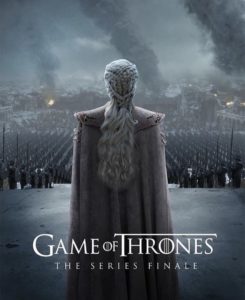 ‘Game of Thrones’ Series Finale: Who Won the Iron Throne?

Even though Bran’s rise to power doesn’t make the most sense at first glance, his ascension has roots in the very beginning of the series. In George R.R. Martin’s A Song of Ice and Fire (a name that was well and fully checked by John Bradley’s Samwell Tarly in the series finale), Bran is the first main viewpoint character of the series, first witnessing Ned Stark (Sean Bean) executing a Night’s Watch deserted. Not only does Bran get a front row view for how justice works in Westeros, he also serves as the audience’s first eyes on the same set of rules within this fantasy world. In interviews, Martin has said the scene with Bran was the first thing that came to mind when he first started writing A Game of Thrones. It stands to reason that he envisioned Bran beginning the series as an innocent, and ending the series as one who presides over innocents.

Bran’s eventual rise as king also gives new meaning to his long ago fall from the towers of Winterfell. He was shattered and crippled by Jaime Lannister (Nikolaj Coster-Waldau), an agent of the crown. The remainder of Bran’s journey saw the young man rising from that fall and discovering a new form of power: first in the form of the Three-Eyed Raven’s wisdom, which then brought him all the way to King’s Landing, as Tyrion advocated for Bran’s worthiness as king. 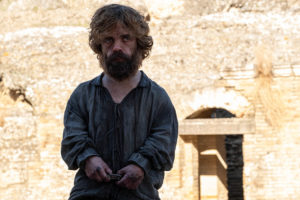 It’s not the first scene between Bran and Tyrion, certainly. They first interacted long ago in season one’s “Cripples, Bastards and Broken Things,” in which Tyrion built a saddle to allow Bran to ride horses, despite his paralysis. “With the right horse and saddle, even a cripple can ride,” he told Bran. “On horseback, you will be as tall as any of them.” Is the horse the Iron Throne and is Tyrion the saddle, as the new Hand of the King? We’ll spare you the torture of too much analysis.

Tyrion and Bran met again in the final season of the series, the two of them joining forces beside a fire before the great war against the Night King (Vladimir Furdik). The scene cuts short, but it’s heavily implied Bran gives Tyrion a full accounting of his journey from Winterfell to the cave of the Three-Eyed Raven — an accounting that largely fuels Tyrion’s overture of support for Bran as king.

“I’ve had nothing to do but think these past few weeks, about our bloody history, about the mistakes we’ve made,” Tyrion tells the gathered lords and ladies of Westeros. “What unites people? Armies? Gold? Flags? Stories. There’s nothing more powerful in the world than a good story. Nothing can stop it. No enemy can defeat it. And who has a better story than Bran the Broken? The boy who fell from a high tower and lived. He knew he’d never walk again, so he learned to fly. He crossed beyond the Wall, a crippled boy, and became the Three-Eyed Raven. He is our memory, the keeper of all our stories. The wars, weddings, births, massacres, famines. Our triumphs, our defeats, our past. Who better to lead us into the future?” 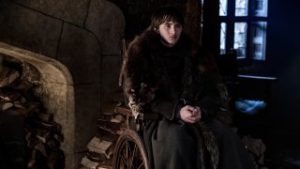 In the act of mythologizing Bran as “Bran the Broken,” the young man from House Stark becomes an echo of another historical figure with a similar name: “Bran the Builder.” It’s the name given to the man who is credited with building the great Wall of Westeros. Bran the Builder is very likely to play a role in the Game of Thrones successor series from Jane Goldman; it’s said to be set thousands of years ago during the Age of Heroes, a time where Bran the Builder was very much alive and active.

For a time, there were theories positing Bran’s potential turn to the dark side, before his benevolence as the Three-Eyed Raven was well and truly known; back in those days, theorists predicted Bran would one day become “Bran the Breaker,” the man who destroys the Wall and allows the Night King to pass into the Seven Kingdoms. In the end, Bran earning a new nickname came to pass, and it’s rather close: “Bran the Broken,” referring to the accident that started so much of the series’ violence. In that way, it feels fitting that Bran should rule, as the boy who was most directly wronged by the game of thrones becomes the man who wins.

“Come Sunday, either people are going to approach it with an open mind or they’re not,” Hempstead Wright previously toldThe Hollywood Reporter about how fans would react to the ending. “If people have made up their minds now that they hate Game of Thrones, then obviously they are not going to enjoy it, no matter how good it is. I personally think it’s a very clever way of tying it all up.”

For those who “have made up their minds” about hating Game of Thronesand accordingly dislike the ending with Bran on the throne, behold, some possible solace: for years, following Bran’s signal-crossing role in the creation and death of Hodor (Kristian Nairn), there were many fans who believed Bran would not only become a villain, but already was one: a time-traveling version of the Night King. Game of Thrones ended in a way that lends zero credence to that idea, but the series also concluded on a more open-ended note than expected, with the possibility for the survivors to have future adventures some day. In other words, expect those who steadfastly bought into Bran as a villain to turn those beliefs into prolific fan fiction for years and years to come, if it doesn’t come out in the form of one of Game of Thrones‘ eventual successor series. (It won’t, by the way.) 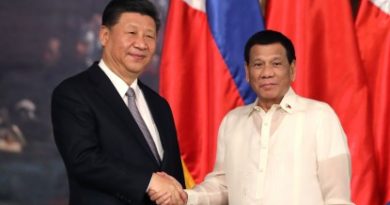 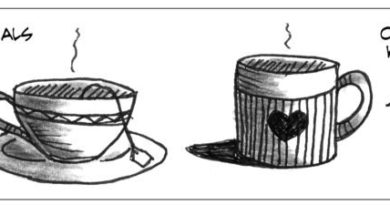