Magic tricks have fascinated people for centuries, and people have always wondered about some of the ancient secrets about what goes on behind the scenes. In fact, there were many times that people were so impressed wit a particular trick that they began to wonder if real magic was taking place. However, we’ve uncovered some of the secrets magicians have tried to keep to themselves for years, and now we’re glad to be letting you in on the truth behind them.

Well, not exactly. Sure, they make it look as though they are really struggling to keep their balance, but that is all a part of being a good performer.

The reality of this trick involves some perspex boxes that become virtually invisible when they are submerged in a body of water. Strategically placing them just below the surface of the water will allow a magician to walk safely along the invisible surface while making it seems as though they truly are balancing on the water.

A common trick among street performers, it will appear as though they are somehow keeping their whole body floating in the air.

Often they are just holding on to a stick with a very clear gap between them and the ground, leading to many people staring in disbelief at what is happening. You will find these performers in the streets of many major cities, looking to earn a few pennies from the people passing by.

The trick is pretty simple to explain, but of course, only when you know how.

There are two metal plates concealed by the clothes the performer is wearing, and some sort of prop is hiding the other platform that’s in contact with the ground, normally a carpet or some flowers. The street performer will be sitting on the first platform completely safe from any risk of falling but creating the illusion of effortlessness.

Chopping assistant in half – Trick

The magician will lay his helpful assistant on a table before locking them into position as they are flattened on the surface.

It seems as though the assistant has nowhere to go. Happy with the situation, the magician begins to chop the person lying on the table in half and then will separate the two halves of the body. The assistant appears to be fine and is able to move both their head and arms, as well as the other end of their body despite it being several feet away.

Cutting assistant in half – Secret

Most magic tricks involve relatively simple explanations, and this is no different. The trick requires two assistants, not the one that the audience assumes.

One assistant will be hidden inside the box meant for the other’s legs and will stick them out of the box once it is time to do so. When the magician separates the two halves of the assistant after the blade has supposedly cut the person in half, the two assistants can wiggle their arms and legs to let the audience know they are fine

A magician will either call a lady from the audience or already have one waiting in the wings to perform this trick.

They will lie the woman on a board balanced by two chairs before slowly taking the chairs away leaving the woman still suspended in mid-air much to the surprise of the baffled audience. To prove there is no trickery going on, the magician will often take a metal hoop and run it along the body of the woman to prove no cables are holding her up.

The secret to this trick involves the magician concealing the reason why the woman doesn’t fall to the floor.

The magician will be standing in front of a base that a metal rod is attached to, which is what is holding the woman up. Even when they run the hoop over the woman’s body, the rod remains hidden, and the magician will make sure they do not expose this while they are distracting the audience with the hoop.

Rabbit out of a hat – Trick

It will involve a large hat that is seemingly empty, sitting on a tabletop. The illusionist will go to great lengths to show the audience there is nothing hiding in the hat before somehow pulling out a fluffy bunny from the hat.

Rabbit out of a hat – Secret

This trick will require a few extra bits of equipment to perform successfully. A magician will need to have a rabbit, as they aren’t pulling it out of thin air, as well as a long tablecloth and a bag to hide the bunny.

The bag with the bunny inside will be attached to the table, and it’ll be hanging down while concealed from the audience thanks to the tablecloth. The trick requires sliding the bag into the hat to reveal that a bunny has been hiding there all along.

Biting a coin in half – Trick

One of the more famous street illusions performed by many magicians, it involves obtaining a coin from an unsuspecting member of the public and taking a chunk out of their money using your teeth.

Biting a coin in half – Secret

If you want to perform this trick yourself, all you’ll need to do is purchase a fake coin designed to look like an authentic one, but it breaks when put under strain.

Then you will have to practice your sleight of hand as you need to switch the coin you obtain from a volunteer to make sure you don’t accidentally break your teeth while trying to munch on a real coin. The key to performing this trick well is the sleight of hand, something street magicians are experts at.

An assistant will be placed on a table, faced with a huge saw that is all set to cut them in half.

The illusionist will make sure their assistant is placed correctly and then will unleash the giant saw that tears straight through the person. It sounds more like something from a horror movie, but the assistant always survives to tell the tale, seemingly making a miraculous recovery from something that would mortally wound anybody else.

Similar to chopping an assistant in half, there will be a secret compartment where the assistant can hide their body from any danger of being injured by the saw.

They will tuck their legs away from any danger before the saw plunges down from high above them. Some fake feet are placed at the other end of the table to make it seem as though the blade has passed through the assistant but somehow not resulting in their death.

This trick is most likely performed by a magician at a fancy dinner where they will come around and do tricks on several of the tables.

Taking a spoon from the table, to show they haven’t brought their own, they will somehow make the spoon violently bend. While the audience looks on the magician will manage to restore the spoon to its original shape in the blink of an eye. It is an illusion that can be performed anywhere and can wow an audience in an instant.

Although it can appear the spoon is all bent out of shape the illusionist will have a piece of equipment to help them out with this trick.

They will use a small silver coin to act as the tip of the spoon’s handle and use the table to move the spoon in their hand. This gives the appearance of the spoon being pulled out of shape when in actual fact it is some misdirection thanks to the silver coin staying stationary.

A magician will call over an assistant and ask them to step into a wooden box. They will then proceed to move the midsection of the assistant to one side creating a huge hole where their stomach should be.

Then, to prove that they are not using mirrors to deceive the audience the magician will stick their head where the assistant’s torso should be. The assistant appears to be fine as their face is smiling while their hands and feet are still visible.

It will require a flexible assistant to help out the magician. Although it appears impossible, they will have to contort their body around the awkward shape of the box to make it seem as though their torso has completely disappeared.

They will have to ensure the various body parts that are sticking out of specially placed holes do not move, which will take hours of practice to perfect. The trick is rewarding for the moment it seems as though solid objects can pass through the body of the assistant.

Spike through the body – Trick

First, it will seem as though the magician or their assistant has somehow managed to defy gravity by balancing on a sharp point of a spike, often being spun around flaunting this fact.

Then, from nowhere, they will drop down a foot or two, seemingly impaling themselves on the spike they were apparently unable to be stabbed by just moments earlier. They will need to be lifted back up over the spike while suffering no ill-effects from being skewered.

Spike through the body – Secret

There is more to this trick than meets the eye, as no one can expect to impale themselves and live to tell the tale, let alone finish a magic act.

The performer will have hidden a small platform on the spike allowing them to rest their body weight while giving the impression they have become a human kebab. Dropping down is meant to distract the audience from the tip of the spike appearing through a special corset worn to make it seem as though it has gone through them.

Making items move with our mind is probably something we all wish we could do. The sad truth is though that none of us are wizards or witches like Harry Potter or Hermione Granger.

We can, however, pretend that we are by making a cup levitate. By placing it between our hands and then slowly moving them apart, it appears that the cup is moving and we are the reason behind this. Maybe our acceptance to Hogwarts is really just pending approval.

Okay, you caught us, levitation still isn’t a thing. This trick is pretty simple if you just stick a hole through the back of the styrofoam cup with your thumb.

This way, the cup is attached to the thumb and therefore able to move. The trickster must remember however to create a distraction with the free hand so that viewers don’t catch on. Also, those watching should probably stand in front of the magician and not on the side so they can’t clearly see the thumb sticking through. 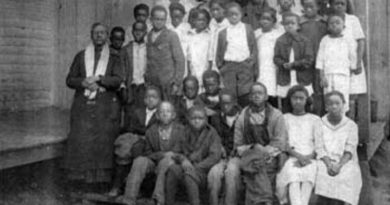 The Thomas Jefferson Mystery- A First– Next Part 23: Outside of the Mystery 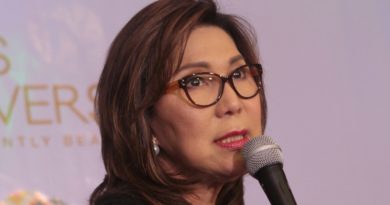 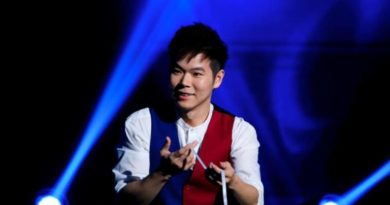