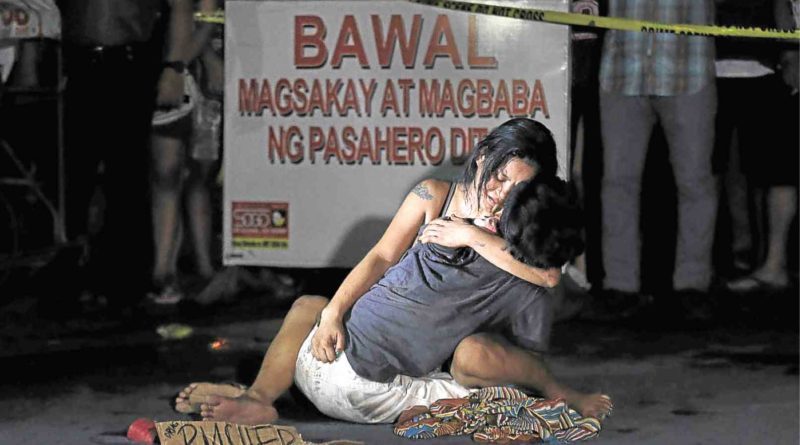 Blood is being spilled onto Philippine streets by the purveyors of change, in a society that has seen change drip slowly into and evaporate quickly in the dark crevices that decades of politics and governance had molded.

“Go to hell,” “f—ck you,” “son of a bitch” are a few of the expressions preceding the violence that has unfolded on the stage set by Rodrigo Duterte for his six-year reign as the Philippines’ 16th president.

It’s a form of violence both symbolic and real, in a country so inured to unnatural causes of death that killings in slum rumbles or during rebel attacks in ungoverned remote places are events that make their way to the early evening television newscast, if rarely into the national consciousness, as signs that something is terribly wrong somewhere.

Thirty years after the biggest symbol of change in the Philippines took the form of a bloodless civilian-backed military revolt against the dictatorship of the late Ferdinand Marcos, the saying that the more things change, the more they stay the same continues to prove itself true.

Three decades after Filipinos and the free world hailed the mammoth assembly of people demanding the restoration of democracy as a catalyst for peaceful revolts elsewhere, the family of the ousted dictator is back in power, thanks to the very same democracy that the late ruler wittingly swept under the rug to cling to power for more than 20 years.

Corazon Aquino, hailed by many as an icon of democracy, ruled for six years in a nation left in tatters by the kleptocratic ways of those who preceded her. But Mrs. Aquino’s reign was soon shaken by a string of coup attempts, and the appointment of sequestered asset caretakers who lost no time transforming themselves into postdictatorship versions of the plundering Marcoses.

The peaceful transfer of power proceeded every six years hence. Ex-constabulary general Fidel Ramos, popular actor Joseph Estrada, economics professor Gloria Arroyo and the second Aquino to become president, Benigno Simeon, all promised deliverance to a nation that seemed to absorb change like a sponge left too long under the sun—painstakingly slowly and in barely noticeable amounts.

Throughout the reigns of the four leaders that came after Mrs. Aquino, there were some constants that nationhood formula-solvers couldn’t seem to remove from the equation — communist and Muslim rebellions, grinding poverty, graft in public office and a rich-poor divide that only widened with every change of ruler.

All the administrations that followed the collapse of the Marcos dictatorship were fixated on measuring their job performance by numbers—economic numbers that those schooled invoke with three letters: GDP or GNP. Those numbers have hovered between 5 and 7 in the succession of rulers that entered the leadership chaos left by the death of the dictatorship. The numbers and letters, though, are utter failures in portraying the nation’s real condition—that more than half of the population live on less than a dollar a day, in shacks that rattle when trucks rumble past on the bridge under which those homes are built.

Now, the man many call The Punisher, for his ruthless approach to criminality in the southern Philippine city of Davao which he ruled for some 20 years, is midway through his brutal promise of change involving death — death to criminals, death to grafters, death to those who would supposedly wrong a nation that, instead of absorbing trickles of change, has been bruised and battered by it.

Blood is spilling on the streets of Philippine cities and towns that, in the current President’s view, have become havens of drug traffickers and their customers. But those whose bodies are dumped for all to see, or those who die of gunshot wounds in too-common clashes with police, are those who are not part of the picture painted by economic numbers and the letters GNP and GDP.

For too long, blood has been spilling on Philippine streets. It shows no signs of stopping now. And that blood belongs to us.

Tony Bergonia worked for 30 years as a reporter and desk man in the Philippine Daily Inquirer. 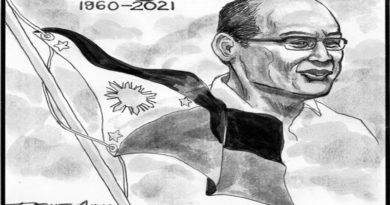 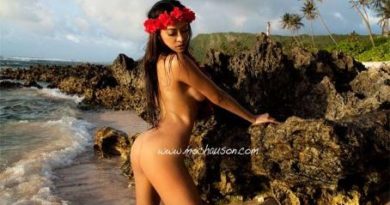 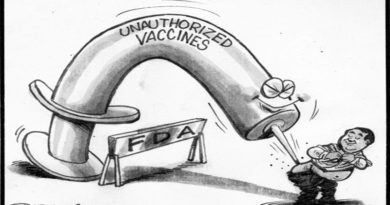