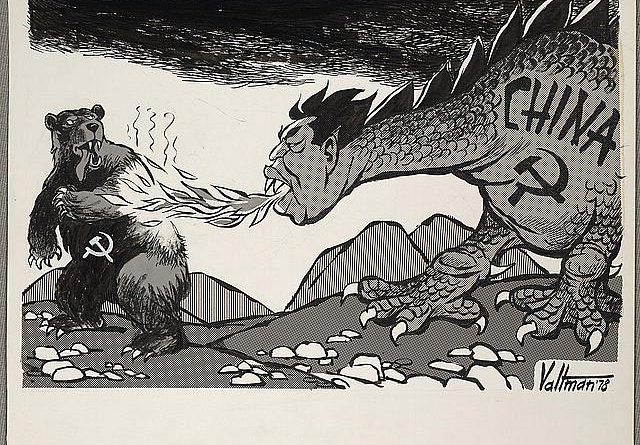 The art of statesmanship is to foresee the inevitable and to expedite its occurrence,” the legendary Napoleonic-era diplomat Charles Maurice de Talleyrand once said.

In many ways, this is how Chinese President Xi Jinping views his country’s rising global influence as well as expanding footprint across adjacent waters. Domination of what China treats as its “blue national soil,” which includes the West Philippine Sea, is a sine qua non for the fulfillment of Xi’s “Chinese Dream.”

This is the context within which we should understand the reported collision in Reed Bank on June 9, ironically the very day marking Philippine-China Friendship Day.

Our impoverished, bullied, oppressed and battered fishermen are at the forefront of this rapid transformation in China’s external strategic orientation.

As Felix dela Torre, the owner of the fishing boat sunk by a Chinese vessel in Reed Bank, woefully lamented: “We are like slaves of China. It’s like we don’t have rights in our own territory.”

Make no mistake. What’s taking place in the West Philippine Sea is what experts call the “people’s war at sea,” where Beijing is pushing its claims through a whole-of-nation approach. This is precisely why it’s extremely difficult, if not foolhardy, not to see China’s supposed fishing vessels as the tip of the dagger of Beijing’s efforts to dominate adjacent waters.

At a fundamental level, what we are witnessing is the troubling upshot of China’s rise as an increasingly brazen regional hegemon. For Xi, who has promised the “great rejuvenation” of the Chinese nation, the recreation of a Sino-centric neo-tributary system in East Asia is not only a historical inevitability. It’s also his unique responsibility, to use the German philosopher G.W.F. Hegel’s terminology, as a “world-historical” figure with a profound universal mission.

According to Beijing’s “Tianxia” doctrine, the Middle Kingdom is at the heart of concentric circles of Chinese domination and civilizational sophistication radiating across East Asia and beyond. China’s push for strategic ascendancy is multifaceted, since Beijing’s statecraft is never one-dimensional, but instead combines geopolitics and economics to advance an overarching goal.

In the economic realm, the Xi regime has launched the Belt and Road Initiative, a trillion-dollar project that aims to transform the global infrastructure landscape with Chinese characteristics.

What’s particularly troubling, however, is the geopolitical aspect of Xi’s “Chinese Dream,” namely the increasingly coercive consolidation of Beijing’s maritime and territorial claims.

In the words of Chinese Defense Minister Wei Fenghe, Beijing would “make no promise to renounce the use of force” to reincorporate Taiwan. In places like Singapore, the concern is broadly about Chinese “influence operations,” namely the use of disinformation campaigns and local proxies to undermine the city-state’s sovereignty. As Bilahari Kausikan, one of Singapore’s most celebrated diplomats put it, “When the Chinese try to impose a Chinese identity on Singapore, we must resist, because modern Singapore is based on the idea of being a multiracial country.”

This is precisely why even in Chinese-majority nations and city-states, from Taiwan to Hong Kong and Singapore, we see growing resistance to Beijing’s expanding shadow.

On the other hand, the Xi regime has overseen construction of massive artificial islands and their subsequent militarization across disputed areas of the South China Sea.

Even more troubling is Beijing’s “gray zone” strategy. In the past decade, Beijing has deployed an armada of militia-cum-fishermen forces, with tacit or implicit support of the Chinese authorities and military, well into waters of other nations to crowd out rival states.

These fishermen often get basic military training, fuel subsidy and assurance of support in the event of clashes in contested waters. Many of them, however, lack the basic professionalism that China’s military and coast guard forces demonstrate.

Thus, it should come as no surprise that a Chinese fishing-cum-militia vessel may have brazenly hit and sunk a Filipino vessel, then left its crew to drown in the high seas.

Clearly, we need a thorough, impartial and mutually acceptable investigation to know what exactly happened and, accordingly, ensure accountability. But we also need to negotiate confidence-building measures with China in order to avoid such incidents in the future.

Above all, we should solicit maximum support from allies to deal with China’s “gray zone” strategy, and protect our fishermen as well as sovereign rights in the West Philippine Sea. 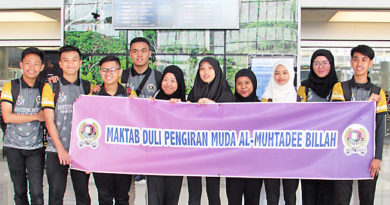 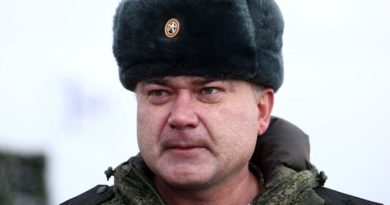