Travelling across Asean is likely to get easier thanks to the Lao government’s plan to build an expressway and three motorways covering more than 1,700 kilometres which will link the country with China and Vietnam.

The country needs at least 283 billion baht to fulfil its ambition, said Pheng Douangngeun, chief of the Lao Department of Roads.

The expressway, whose construction has already started, will run 113.5km northward from the capital and allow easy access to the tourist town of Vang Vieng.

The 45-billion-baht expressway is part of a larger project that will link Vientiane with southern China. In the future, officials will also build a 450-km motorway from Vang Vieng to Boten, a border city on the opposite side the Chinese town of Mohan.

That will require an additional investment of 80 billion baht, he said.

The new expressways will not only make a trip to China faster, but it will also ease travel from Thailand.

At present, Vientiane and the northeastern province of Nong Khai are connected by the Thai-Lao Friendship Bridge over the Mekong River. Once the expressway is complete, motorists can take a trip from the Lao capital to Vang Vieng.

Looking at the route from Nong Khai to Vientiane and China, Mr Pheng compared it with a highspeed railway, which also links the three countries together as part of the Trans-Asean Line.

“All will be built to satisfy the demands of travellers,” he said.

His government is also planning to build another two motorways to facilitate both domestic and international transport.

Officials are conducting a feasibility study on a capital-to-capital motorway, which stretches 700km from Vientiane to Hanoi.

Its construction cost, from Vientiane to the Lao border checkpoint of Namphao and Cao Treo in the neighbouring country, will cost 158 billion baht, Mr Pheng said.

Domestically, the government is studying a plan to build a motorway linking Vientiane and Pakse in the South, a distance of 500km, he added. 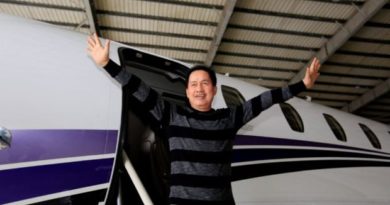 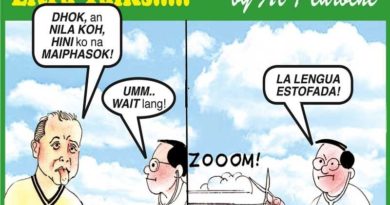