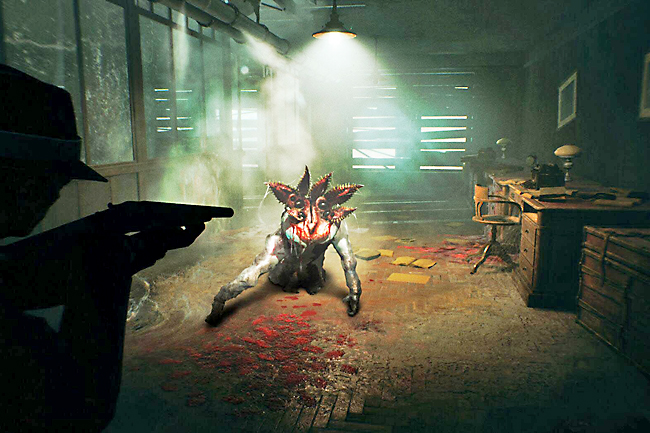 A scene from the game ‘The Sinking City’

‘THE Sinking City’ is quick to set a mood but struggles to deepen it. Its supernatural elements aren’t unnerving, its noirish elements rest on characters who are simply shady as opposed to morally complex and its technical shortcomings don’t do it any favours.

On the Xbox One X, I noticed screen-tearing, texture pop-in and clunky NPC movements. Yet this open world game isn’t without its merits. Its designers clearly wish to appeal to the intelligence of the player, but despite some interesting mechanics and design choices “The Sinking City” fails to be compelling over the long haul.

Set in the 1920s in the fictional Massachusetts city of Oakmont, the game follows Charles Reed, a veteran of the Great War who survived a shipwreck. Since his discharge from the Navy, Reed has become a private investigator. Assailed by troubling dreams of an enormous tentacled creature and a city submerged in water, Reed establishes a correspondence with Johannes Van der Berg, a man of questionable character who agrees to look into what’s ailing Reed. After receiving a letter from Van der Berg that refers to an outbreak of strange visions in the general population, Reed is advised to journey to the city of Oakmont, the epicenter of the phenomenon.

After suffering an unnatural flood which has left sections of the city underwater, Oakmont has become generally cut off from the rest of the country. Upon docking, Reed is disconcerted to find Van der Berg waiting for him by the pier. Brushing off Reed’s misgivings, Van der Berg advises him to check in with Robert Throgmorten, patriarch of one of the city’s wealthiest families, who has been looking into the causes of what’s been chalked up as mass hysteria. Coincidently, Throgmorten is in the vicinity waiting on news about the whereabouts of his son who has gone missing since he returned to port following a sea expedition.

Setting the pattern of things to come, Throgmorten agrees to some quid pro quo. He will assist Reed after the detective has discovered what’s befallen his son. This case introduces you to the basics. Investigation sites should be explored until a notice appears on the screen saying that all key evidence has been found (though if you’re like me, you’ll strive for the notice saying that all evidence has been collected, even though it might not make for the best use of time.)

Although Reed can walk around and interact with things that are tagged with a hand icon, his most important insights come from his special ability to see traces of past events using his Mind’s Eye which can be activated by pressing down on the d-pad. According to the game’s backstory, Reed developed his extrasensory power after he survived a shipwreck that briefly left him seemingly deranged to his rescuers.

Using the Mind Eye ability slowly drains Reed’s sanity, which appears as a blue bar on the screen. As Reed’s sanity goes down the environment begins to warp and eventually grow dark around him. Sometimes misshapen creatures will appear and attack.

The monster encounters are one of “The Sinking City’s” weakest aspects. I found the action sequences stiff and the monsters uninspiring. The combat never got my pulse racing. Because ammunition isn’t plentiful, I clobbered most enemies with melee attacks to conserve ammunition for larger threats. Doing so made me feel silly rather than emboldened.

Thankfully there are other design choices that make one feel closer to the world. To progress, in later cases Reed will have to visit the archives of a police station, a hospital, a university and a newspaper. The game’s presentation of archival research is clever. After approaching the appropriate desk you must select a text to be researched. Then you choose three parameters of research from different categories which may include city area, time period, population class – prisoner, official, etc. – and so on. I’m a sucker for such shows of good old-fashioned knowledge retrieval in a video game. – Text and Photo by The Washington Post 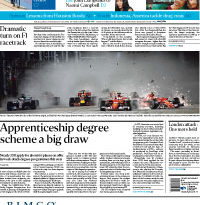 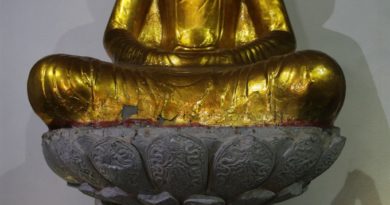 Statue recalls the glories of the Lý Dynasty 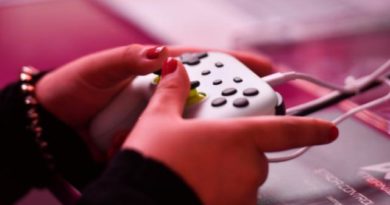