The truth is definitely out there. These declassified photos from the United States Government’s Central Intelligence Agency will disturb you and kick you right out of your comfort zone. It will make you question the things you’ve always believed in, and challenge what you’ve always thought of as truth. Don’t believe what the government says.

A safe-house for chemical weapons

Imagine seeing this picture during the 1960’s when most of the American population had nuclear bunkers just in case Cuba or Russia accidentally pressed the button that will lead to a nuclear war. This picture is more than enough to cause panic and add to the paranoia already felt by the entire populace. 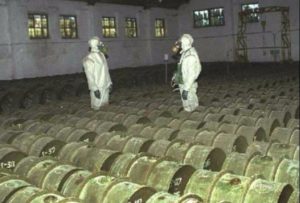 Fortunately for the American public, the CIA kept this picture of Russian soldiers in the midst of a warehouse full of chemical weapons during the Cold War era away from everyone’s attention.

China has been dubbed as the world’s next great superpower. This 500-meter Aperture Spherical Radio Telescope purportedly has the world’s strongest signal. 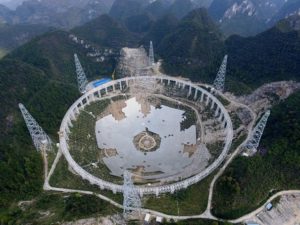 It claims to have the ability to detect all kinds of radio signals – even those that are a thousand light years away. Some also claim that this base is highly likely an ionosphere controller that could also manipulate the weather.

The largest secret facility of the US government

The Cheyenne Mountain Complex has been touted as the largest secret facility in the entirety of the United States government. Those who have been inside the complex claim that its underground bunker is extremely highly classified that one is required to have a top-secret clearance to be able to enter the site. 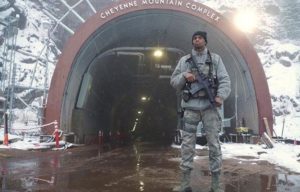 What is an underground bunker for anyway? Reportedly, the complex serves as the headquarters for the Air Forces’ land based ICBM’s. It is top secret, and totally impregnable to Nuclear blasts.

It was 1963 when the government reportedly encountered a suspected Unidentified Flying Object over the desert of Nevada. At that time, the government wrote down what it saw in detail in order to have a written record of the event. 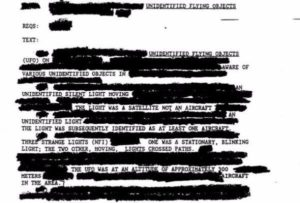 This document is the authentic written report of the said UFO encounter as presented by the Federal Bureau of Investigation. Though a few details have been intentionally omitted, this is indeed a landmark report wherein an authoritative department of the United States described a suspected encounter with a UFO.

A Draft of Mount Rushmore

Even the greatest of works had to have a first draft, and Mount Rushmore is no exception. It is impossible to create a masterpiece without having to create different versions of it. Mount Rushmore didn’t originally look like it does now the first time someone attempted to do it. 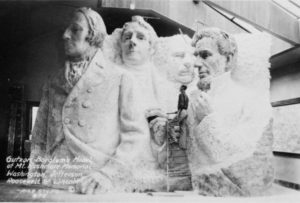 The art of sculpting requires diligence. Unlike drawing where one could simply erase an error on paper, one simply cannot erase a mistake when creating a work out of solid rock. This is a rare photo of how Mount Rushmore would have looked like if the presidents’ upper bodies were included. The creator probably thought it was too much work, it simply completed the faces.

Roswell has long been known as the crash site of an Unidentified Flying Object. Tons of conspiracy theorists abound as to what really happened in Roswell. Movies, television shows, books and even comic books have had their say on Roswell. 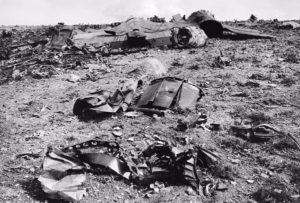 Even though there was a lot of controversy surrounding this photo, it is actually a picture of the remains of a crashed A-12 spy plane. It was taken in Wendover, Utah in 1963.

Area 51 has long been the site and stuff of conspiracy theories. It has been described as a magnet for Unidentified Flying Objects. Is it? This photo of an aircraft may be one of the reasons why it was thought as such. 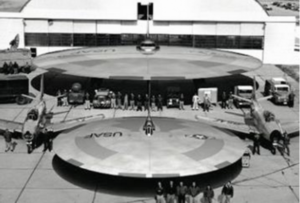 This flying object is actually an experimental aircraft made by the United States Air Force – one of the few aircraft created for the purpose of trying out various air carriers. Numerous similar aircrafts created by the government were seen over the southwest region further contributing to the myth of UFOs.
.
| Jennnifer Dugena | This article originally appeared on our sister site: history-a2z.com 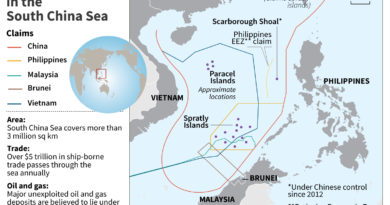 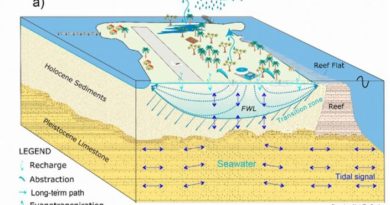 THE DAILY PLANET: Freshwater reservoir found at one of Beijing’s artificial islands in the South China Sea 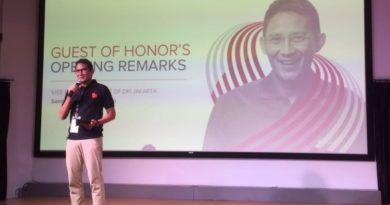