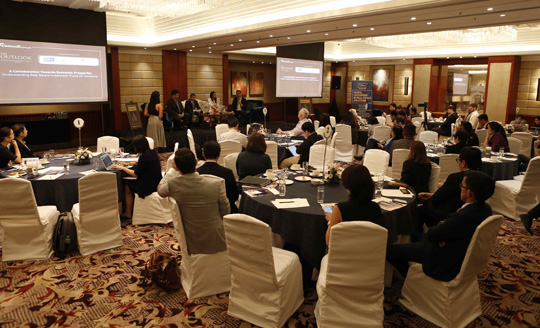 Real Estate Investment Trusts in the Philippines is on the rise, as more companies look to raise capital to fund and promote real estate investments among the public. With the strong support of stakeholders and the government, Filipinos can look forward to REITs as innovative options to diversify their investment porfolio.

Lamudi concluded the third installment of The Outlook Media Roundtable Series 2019: “A Collaboration Towards Economic Prosperity: Understanding Real Estate Investment Trusts for Investors”, in partnership with Colliers International Philippines, Subdivision and Housing Developers’ Association, and Holcim Philippines. Moderated by Lamudi CEO Bhavna Suresh, the discussion offered insights on how REITs benefit not just the real-estate sector but the economy at large, and how it enables every Filipino investor to invest in high- value real estate assets.
.

.
Empowering the Investing Public
Joey Bondoc, Senior Research Manager at Colliers International Philippines, noted that REITs empower the individual investor by democratizing the property market and allowing investors to own a piece of property even when they don’t have the means to buy the entire building. “They just have to buy into a REIT company because the REIT company is obliged by law to pay 90% of net income as dividends — and that goes to the investor,” Bondoc said.
.

A REIT is also seen as a less risky form of investment and less susceptible to speculation. Hannah Yulo, Chief Investment Officer of DoubleDragon Properties Corporation, said that REIT is a great opportunity for equity investors to diversity their local and global portfolios.“REITs answer investors’ demand for a tax-efficient and yield-driven vehicle as they provide greater liquidity and more stable return,” Yulo said.Gary Hablero, Director for Commercial Investments at RE/MAX Capital, emphasized how REIT is a viable investment for those who are saving for retirement. “If you are going to retire, and you want liquidity, REIT would be the best option for you because you get cash flow regularly.
.

It may be annually, semi-annually, or quarterly,” Hablero said.Asked how the everyday investor can get involved, Reggie Cariaso, Head of Strategy, Products, and Support under the Corporate Banking Group of the Bank of the Philippine Islands (BPI), said it depends on the unit price on the stock market. “On average, the minimum investment is from Php5,000 to Php10,000. It’s very affordable from a quantitative standpoint.
.

”Boosting the Philippines’ Capital Market
Colliers noted that the growth of office rents over the years makes office buildings an attractive asset class to list under REIT. “By 2021, we expect around 14 million square meters of leasable office space in Metro Manila, 30% higher than the fourth quarter of 2018,” Bondoc said. He added that from 2019 to 2021, Colliers projects an annual vacancy of 6 percent.

More offshore gaming, multinational, outsourcing companies, and flexible working space operators are expected to sustain the huge demand for office space. The government’s infrastructure push also presents a big opportunity for developers to transfer their assets into REIT.Colliers also noted that REITs benefit developers through generating funding that can be used to expand the real estate sector in key cities outside Metro Manila such as Cebu, Bacolod, Iloilo, Davao, Cavite, and Clark in Pampanga. This will be crucial in light of the government’s order to stop the processing of economic zone applications in Manila. Colliers emphasized that boosting economic activities outside the country’s capital will make up for any decline in outsourcing and technology-related investments in Metro Manila.

Hablero said that the behavior of the market is changing because of the requirements of a freelance economy. “The growing demand for shared offices should drive developers to acquire co-living and co-working facilities that could be diversified into REIT.

”Pushing the REIT for Economic Growth
Certain restrictive policies in terms of the required minimum public float of a REIT, provisions on value-added tax, and public ownership rules that require companies to relinquish their control over the REIT company make firms hesitant to diversify into REIT.But the government has moved to amend rules, starting with the elimination of a tax on the transfer of properties into a REIT. Developers are still lobbying to relax the 67% public float that a REIT must meet within three years or face taxes.Colliers noted that harnessing the full potential of the REITs will make the Philippines at par with other Southeast Asian markets like Indonesia, Malaysia, and Singapore, which already have listed REITs. “If we look at the financials of public-listed property developers in the Philippines, given the existing capitalization rates, developers could flow it at around $10 billion worth of property at par with what Thailand and Malaysia have already divested,” Bondoc said.
.
.

.
Cariaso said that overtime, REITs in various markets become significantly less volatile than other regular property stocks. He noted that REITs are not only limited to office assets, as other assets like malls, energy, infrastructure, transportation, hospitals, schools, and tourism have also been converted into REITs in other countries.
.

.All photographs, news, editorials, opinions, information, data, others have been taken from the Internet../ For comments, Email to : [email protected]/ CONTRIBUTOR
.
.
It's only fair to share... 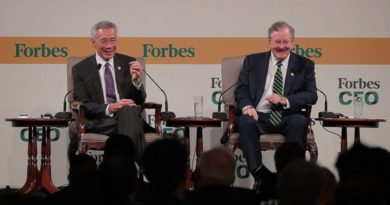 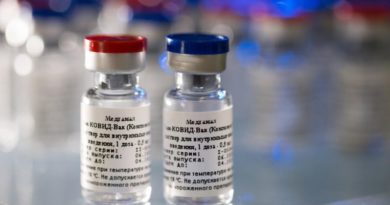 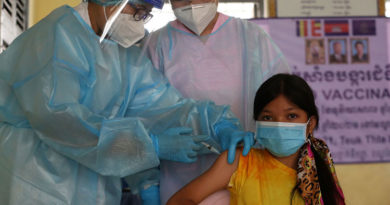 ASEANEWS HEADLINES-COVID OMICRON: WHO: Omicron could have ‘major impact’, but no definitive answers yet: PHNOM PENH- Cambodia urges full vaccination