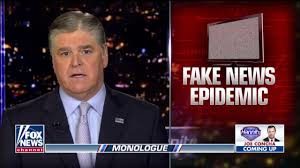 Lou Dobbs Slams WH Staff: “I Really Don’t Know Who The Hell Is Advising This President, Is It Mulvaney?”

“Whoever is advising this president to compromise with radical Dems, you know, you need to get your head straight because this is just nuts and a bad political idea,” Dobbs said. “Some of the president’s misguided advisors appear to be pushing the president to roll back the Second Amendment or to support Mitch McConnell’s Senate bill to double the number of H-1B visas — nearly all would be for Indian and Chinese workers who would be in direct competition with American workers.”

.
Ed Rollins, who worked in the Nixon and Reagan administrations, said that his main concern was the lack of political experience among the White House staff: “It is now a group of young people who have never had any experience in life or politics… The reality is now you’ve basically got a group of young people who are all about the Hill. They’re not about the president and they’re not about the president’s programs. They’re trying to please everybody on the Hill.”

“When I first joined the White House during the Nixon administration, Bob Haldemann said to me: ‘This is like the National Football League, there are no walk-ons here. You have to be the best there is, otherwise, you won’t be here,'” Rollins recalled. “My staff was Lee Atwater, who became the RNC chairman, Haley Barbour, who became the legendary RNC chairman and became governor of Mississippi, Mitch Daniels, who became governor of Indiana, Andy Card, who became chief of staff at the White House… I had strong veterans who were there to serve the president.”

“So amongst his advisors, obviously, somebody is pushing this president to embrace the idea of gun control, which he ran against, to embrace the idea of expanding the H-1B program, which is absolutely antithetical to his ‘hire America, buy American’ motto… I’m asking who are they!” Dobbs said, getting heated.

“They were minor players and now they have the big titles at the White House,” Rollins said about Trump’s staff. “They’re young, they can’t push back–”

“Surely they listen to the President of United States and what he ran on. Because this is starting to look like a pivot on part of the president,” Dobbs said.

“I don’t think they know what president ran on,” Rollins suggested.

“Then they’re damned idiots,” Dobbs shot back. “And where the hell is the Chief of Staff, where is Mick Mulvaney? He is missing now from public view. And if this is his handiwork, then–”

“Think in terms of a guy like [Obama chief of staff David] Axelrod or [Bush chief of staff] Karl Rove or [Reagan press secretary] Lyn Nofziger. They were with Reagan, they were with Obama, they knew the agenda,” Rollins explained. “And their job was to make sure the agenda was implemented.”

“You’re not really suggesting that they don’t know they’re basically undercutting the President of United States?” Dobbs asked. “Are you kidding me? They don’t watch television? They don’t even read a comic book? I mean, come on.”

“So they’re working for the Hill, not the president?” Dobbs asked.

“You mean the RINOs. The globalist elites. You mean the people this president ran against, whose job is to disrupt him? Dobbs said. “What about the forgotten man and woman? Have they been forgotten?”

“They’re helping make the president do the ‘right thing’ is what their attitude is,” Rollins said.

“When you say the right thing, you mean the wrong thing?” Dobbs said.

“This is about politics, sports fans, and I really don’t know who the hell is advising this president. Is it Mulvaney? I mean, that’s another grand idea. Your OMB director is now a brilliant savant in politics,” Dobbs quipped. “Who does the president have to depend upon?”

“What in the Hell? Mulvaney, what are you doing?” Dobbs lamented. 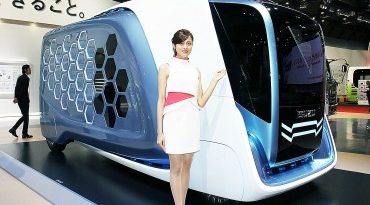 Tokyo: Commercial vehicles of the future 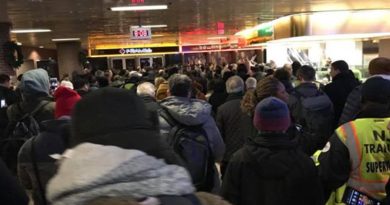 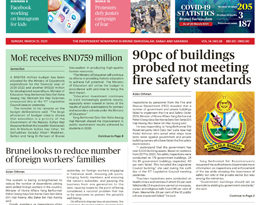