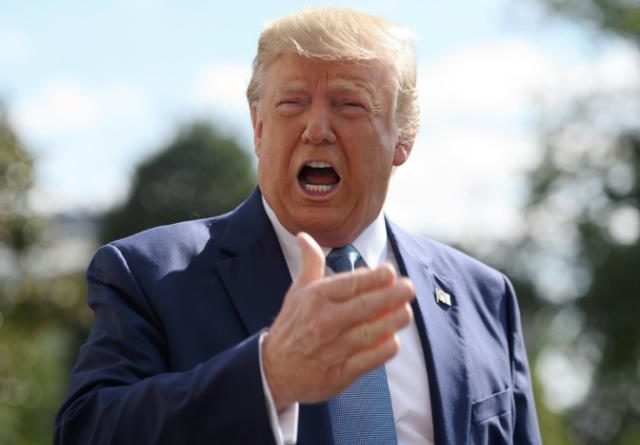 Text messages sent by US diplomats revealing an apparent effort by Donald Trump’s government to push Ukraine to investigate his political rival Joe Biden bolstered the Democrats’ impeachment inquiry Friday, as the president suggested he might not cooperate with the probe.

The investigation picked up steam as Democrats in the House of Representatives began interviewing a key US intelligence official on a whistleblower complaint that alleged abuse of office by the president.

Meanwhile, Senator Mitt Romney, perhaps the most prominent Republican critic of Trump, blasted what he called a “wrong and appalling” move by Trump to ask Beijing and Kiev to investigate Biden — the latest small crack in support for the president within his own party.

Despite Romney’s comments, Trump insisted that Republicans in the Senate will unite behind him, should the Democratic-led House of Representatives vote to impeach him, triggering a trial in the upper chamber.

“The Democrats — unfortunately, they have the votes. They could vote very easily, even though many of them don’t believe they should do it,” Trump told reporters.

“I have a 95 percent approval rating in the Republican Party,” he said.

“We’ll get it to the Senate and we’ll win. The Republicans are unified.”

Trump suggested it was “up to the lawyers” as to whether he would cooperate with the impeachment investigation.

The mushrooming scandal has engulfed the White House, State Department and Justice Department — and all eyes in Washington are on each twist and turn.

Trump has repeatedly denied there was any quid pro quo involving the aid.

But a series of text messages between three US diplomats in Europe and Trump’s personal lawyer Rudy Giuliani that were released by the House Intelligence Committee late Thursday appeared to undermine his claim.

The trove of texts showed the diplomats and Giuliani leveraging aid for Ukraine and a meeting between Trump and Zelensky on Kiev agreeing to open a corruption investigation into Biden, whose son was on the board of Ukrainian gas firm Burisma.

At least one diplomat was conscious that they were placing “additional pressure on Ukraine to deliver on the president’s demand for Ukraine to launch politically motivated investigations” of Biden, Democrats conducting the impeachment probe said in a statement.

Ukraine’s prosecutor-general said Friday he would reopen several closed investigations, including one into Burisma.

The announcement came one day after the Pentagon announced the approval of the sale of anti-tank missiles to Ukraine — part of the military aid that was stalled earlier this year as Trump allegedly put pressure on Kiev to probe the Bidens.

Faced with allegations that he illicitly used US policy toward Ukraine for political gain, Trump doubled down Thursday, urging the leaders of Ukraine and China to probe Biden and his son Hunter for corruption.

Trump claims that the younger Biden earned “millions” on business deals — a charge the Bidens have denied.

“As the President of the United States, I have an absolute right, perhaps even a duty, to investigate, or have investigated, CORRUPTION, and that would include asking, or suggesting, other Countries to help us out!” Trump tweeted.

But Democrats said Trump was blatantly violating his oath of office, further supporting the reasons for impeachment. According to US election laws, it is illegal for a US national to seek foreign help in a domestic election, regardless of whether an inducement is offered.

“By all appearances, the President’s brazen and unprecedented appeal to China and to Ukraine to investigate Joe Biden is wrong and appalling,” tweeted Romney, the Republican presidential nominee in 2012.

“When the only American citizen President Trump singles out for China’s investigation is his political opponent in the midst of the Democratic nomination process, it strains credulity to suggest that it is anything other than politically motivated.”

Democrats pushed ahead with their investigation, interviewing behind closed doors intelligence community inspector general Michael Atkinson, who handled a whistleblower’s complaint about Trump’s behavior toward Ukraine and Biden — the initial spark for the impeachment inquiry.

They were also planning to interview next week the former US ambassador to Ukraine, Marie Yovanovitch, who according to media reports was removed earlier this year for resisting White House pressure to get Kiev to investigate Biden. 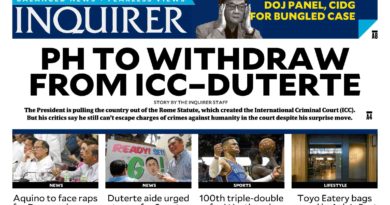 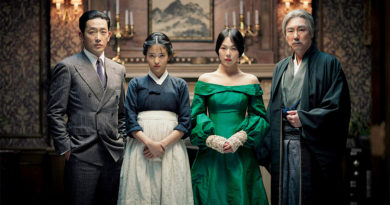 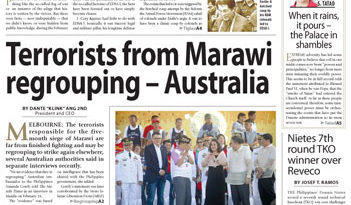