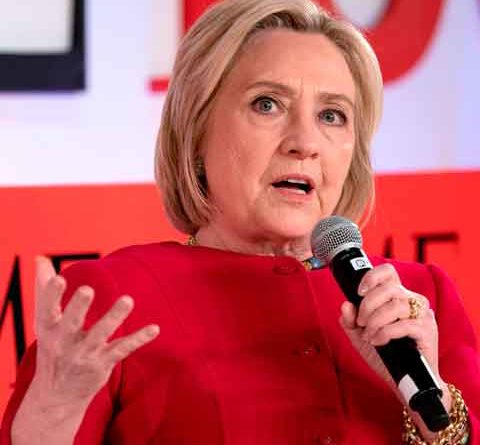 BEWARE OF RUSSIANS Hillary Clinton has warned that Russia, which interfered in the US election she lost in 2016, is ‘grooming’ a Democratic candidate for a third-party run next year, signalling congresswoman Tulsi Gabbard could fill the role. AFP PHOTO

WASHINGTON, D. C.: Former United States secretary of state and presidential loser Hillary Clinton has warned that Russia, which interfered in the US election she lost in 2016, is “grooming” a Democratic candidate for a third-party run next year, signalling congressman Tulsi Gabbard could fill the role.

The goal of this would essentially be to divide the US electorate and help President Donald Trump win reelection, Clinton said.

“I’m not making any predictions but I think they’ve got their eye on somebody who’s currently in the Democratic primary, and they’re grooming her to be the third-party candidate,” the former secretary of state told David Plouffe in his “Campaign HQ” podcast.

.BELOW IS RESERVE FOR YOUR ADVERTISEMENT –

“She’s the favorite of the Russians. They have a bunch of sites and bots and other ways of supporting her so far.”

Clinton, speaking on the podcast, which first aired Thursday, (Friday in Manila) did not name Gabbard, but it is highly likely she was the woman Clinton was referring to.

The other women in the race are US senators Elizabeth Warren, Kamala Harris and Amy Klobuchar, and author Marianne Williamson, none of whom are linked to Moscow in ways similar to Gabbard.

US media analysis has shown that sites tied to Russia have celebrated Gabbard’s campaign launch, defended her controversial 2017 meeting with Syrian President Bashar al-Assad, and attacked people who have suggested Gabbard is a pawn for Moscow

Gabbard has rejected some of the support from rightwing or white nationalist sources, and during last week’s Democratic debate she chastised the Times for publishing “smears” and said television commentators calling her a Russian asset were “completely despicable.”

The US intelligence community has concluded that Russia interfered in the 2016 election in order to help boost the Republican Trump’s chances of winning the presidency.

Meanwhile, Gabbard criticized Clinton for floating her name as the possible Russian anointed for next year’s lections.

“Great! Thank you @HillaryClinton. You, the queen of warmongers, embodiment of corruption, and personification of the rot that has sickened the Democratic Party for so long, have finally come out from behind the curtain,” Gabbard ranted at her fellow Democrat.

Gabbard, 38, accused 71-year-old Clinton, long a doyenne of the Washington establishment, of leading a “concerted campaign” to destroy her reputation.

“Now we know — it was always you, through your proxies and powerful allies in the corporate media and war machine, afraid of the threat I pose,” she added.

“It’s now clear that this primary is between you and me,” she sneered. “Don’t cowardly hide behind your proxies. Join the race directly.”

Clinton has said she is done running for president.

Gabbard’s campaign is hanging by a thread. She is polling at barely one percent support in a sprawling field that includes former vice president Joe Biden and senators Elizabeth Warren and Bernie Sanders. AFP / BY AGENCE FRANCE-PRESSE 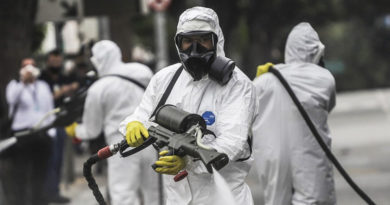 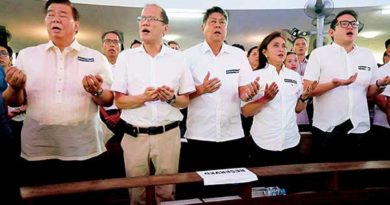 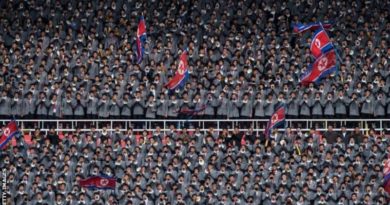