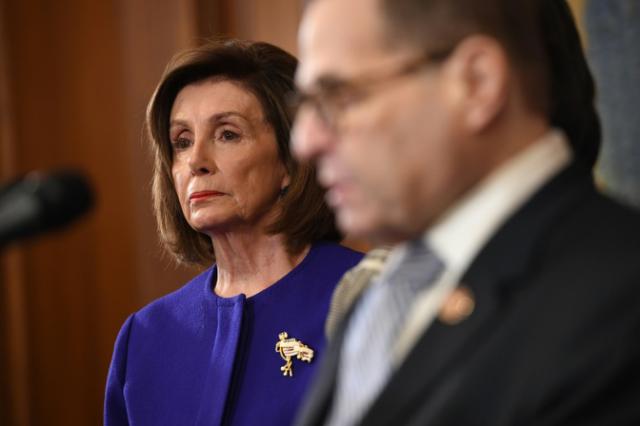 Democrats unveiled two articles of impeachment against Donald Trump on Tuesday in a momentous step asserting that the US president abused his office and deserved to be removed.

If the charges — abuse of power and obstruction of Congress — are approved by the House of Representatives in a vote expected next week, it would make Trump the third US leader ever impeached and placed on trial in the Senate.

An angry Trump dismissed the charges as “ridiculous” but Democrats insisted presidents were not untouchable.

“We must be clear: No one, not even the president, is above the law,” said House Judiciary Committee Jerry Nadler.

Trump is alleged to have wielded the power of the presidency for personal and political gain by pressuring Ukraine to interfere in the 2020 US election.

The Democrats submitted their articles of impeachment in a formal House resolution, which is expected to be voted out of the Judiciary Committee this week before heading to a full House vote.

The articles laid out the Democrats’ case that Trump committed “high crimes and misdemeanors,” warning that he would “remain a threat to the Constitution” if allowed to stay in office.

Trump maintained a fighting posture by blasting the “ridiculous” process and renewing his familiar claim that he is the victim of a “witch hunt.”

The White House meanwhile called the impeachment effort a “pathetic attempt” to overturn the 2016 election result.

“The president will address these false charges in the Senate and expects to be fully exonerated, because he did nothing wrong,” White House spokeswoman Stephanie Grisham said.

Trump also pressed his Ukrainian counterpart Volodymyr Zelensky to probe a debunked Kremlin conspiracy theory that it was Kiev, and not Moscow, that interfered in the 2016 US election.

According to the draft of the first article of impeachment, Trump carried out his scheme “corruptly soliciting” the political interference.

“President Trump abused the powers of the presidency by ignoring and injuring national security and other vital national interests to obtain an improper personal political benefit,” the draft read.

The second charge focuses on Trump’s efforts to block Congress from fully investigating his actions — which Democrats see as a violation of its constitutional right to conduct oversight of executive action.

Trump has refused to cooperate with any aspect of the inquiry, and key figures in the Ukraine saga, including Secretary of State Mike Pompeo and acting White House chief of staff Mick Mulvaney, have not testified before lawmakers.

House Speaker Nancy Pelosi, speaking at a forum in Washington, described the impeachment articles as a sad but necessary move.

“If we allow one president… to go down this path, we are saying goodbye to the republic and hello to a president king,” she said.

The US has been sharply divided over the removal proceedings against a sitting president.

House Intelligence Committee chairman Adam Schiff oversaw weeks of public hearings in which witnesses including Trump administration officials and US diplomats testified about the pressure on Ukraine.

“The evidence of the president’s misconduct is overwhelming and uncontested,” Schiff said.

Adding to the already extraordinary Washington drama, Democrats showed they could still work with the White House, announcing a bipartisan agreement on a modified North American trade pact.

The impeachment articles also landed just as Russia’s Foreign Minister Sergei Lavrov was in Washington to meet with Trump.

US intelligence has concluded Russia interfered in America’s 2016 election in Trump’s favor.

Pompeo also met with Lavrov and said he warned Russia’s top diplomat of reprisals if Moscow take the “unacceptable” step of interfering in next year’s presidential election.

Congressional Republicans meanwhile have largely remained loyal to Trump, and were quick to describe the impeachment articles as sour grapes by Democrats for losing in 2016.

“Democrats still can’t get over the fact that Trump won the election and they lost,” top House Republican Kevin McCarthy told reporters.

Should Trump be impeached, as expected, he faces a January trial in the US Senate, where Republicans hold a majority.

Removal from office is unlikely, given that conviction requires a two-thirds vote in the 100-member chamber, and no Republicans have yet signaled they would side with Democrats against the president. 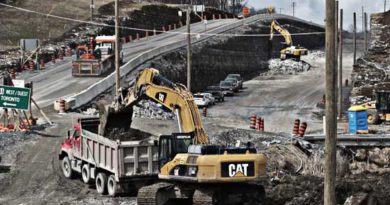 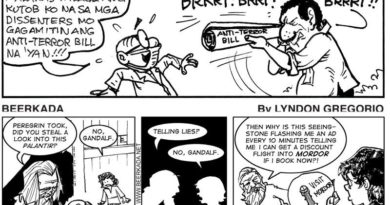