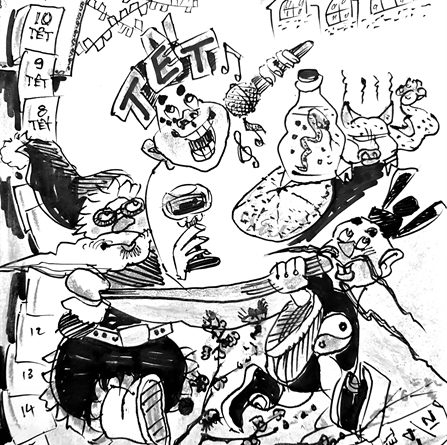 If you visit or live in Việt Nam anytime between mid-December until late February, you’ll find yourself surrounded by the never-ending festive mood.

Since the country has opened up thanks to renewal policies, international companies have organised Christmas parties for their staff and Christian charities have sought to help the disadvantaged.

Over the years, from mid-December until February the following year, everyone seems to hurry to finish their undone work, seek shopping discounts, and going to visit scenic places elsewhere in the country or even abroad.

Though it was written back in the 1980s and is supposed to be a sad song which predicted the break-up of the European band, for Vietnamese, the melodic tune and hopeful lyrics fit in quite well with the hopeful mood of most Vietnamese.

In recent years, there has been public debate on whether Việt Nam should follow Japan and abolish Lunar New Year celebrations and celebrate only the New Year of the Gregorian calendar to increase work productivity.

Those against Lunar New Year celebrations argue that now due to our changing climate, the signature Tết peach and ochna trees bloom well before the Lunar New Year. Special Tết food is now available year-round. And speaking of spring travel and adventure, you can book a trip anytime to any place you want now.

Combining both holidays into one would cut financial expenses and there would be more time to work.

Those in favour of Lunar New Year celebrations, myself included, argue that without maintaining the customs of Tết, then our traditions will fade away.

With Tết, the traditional tailoring of long robes for women, men and children will die out. The traditional culinary customs of making food, drinks, and desert will not have the customer base to carry on.

No one would buy traditional dried fruit preserves and candies if it wasn’t for Tết.

Village festivals, the Hội Lim of Bắc Ninh Province, or xoan ritual of Phú Thọ Province, which pull people together from elsewhere in the world, could disappear.

As a fan of traditional quan họ songs, I should be honest and say that we only listen to them during Tết or a little longer in spring. The singing sessions in the homes of quan họ singers can last well into the night until dawn. No one does that at any other time of year.

“The first lunar month is for having good food and travelling,

“The second month is for gambling and third for drinking!”

Be aware of the new drinking law, which bans driving after drinking any alcohol.

Every year, around Tết, more road accidents are recorded than at any other time of year. The consumption of alcohol also goes up.

During spring village festivals, you’ll see people fighting due to excessive drinking, gambling their money away or cutting down leafy branches for hopeful some quick cash.

All these negative sides of Lunar New Year and spring celebrations need to be addressed.

Everything has a flip side, even a special, meaningful holiday like Tết.

Small enterprise owners have long struggled due to lack of employees after Tết. When export orders need to be completed and shipped, they struggle to find workers with skills.

People leave for the holiday and never show up again for work. Garment factory owners say it’s their hardest time of year.

In cities, when white-collar workers return to work, they struggle to find nannies to watch their children before they can send them to daycare centres.

Tết makes people push their boundaries to get more things done in a shorter time so they have some free time later.

During Tết, in hospitals, care service for the elderly cost three times the usual rate at VNĐ1,500,000 million (US$60) per day, and they will only work for 10 days only. If your family has an ageing parent who needs care during the holiday, it means the end of Tết for the whole family.

In any circumstances, Tết is always a special time for children. Parents try their best to get them new clothing, lucky money, traditional square glutinous cakes, sweets and sugar-coated fruits and nuts. It’s to keep their memories alive in the years to come so that even when their parents are no longer be around, they can cherish fond memories of childhood.

She was Việt Nam’s first concert pianist and composer from Sài Gòn, who graduated from the Paris Conservatory. This recording shows she played the piano with the Lamoureux Orchestra, a French orchestra founded in 1881 by composer Charles Lamoureux that’s still playing today.

Recorded in 1952, her symphony suite titled Fête du Tet has three movements, Happy Procession, Offering before the Ancestral Altar and Song of Hope.

Though she was a Christian and raised as a French citizen in the then French colonial Sài Gòn in the 1920s and ’30s, the feelings of a Vietnamese overwhelmed her work.

It’s truly the spirit of Tết with joyous activities, the tranquillity in front of an ancestral altar and last, and never the least, widespread hope for the future. VNS 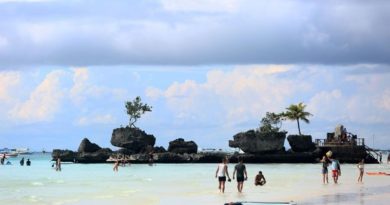 OP-ED COLUMNISTS: OPINION ON PAGE ONE BY FRANCISCO TATAD – We’re out of rice, Boracay is shut down, what’s next? 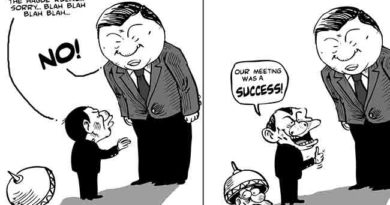 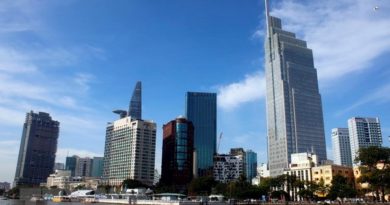