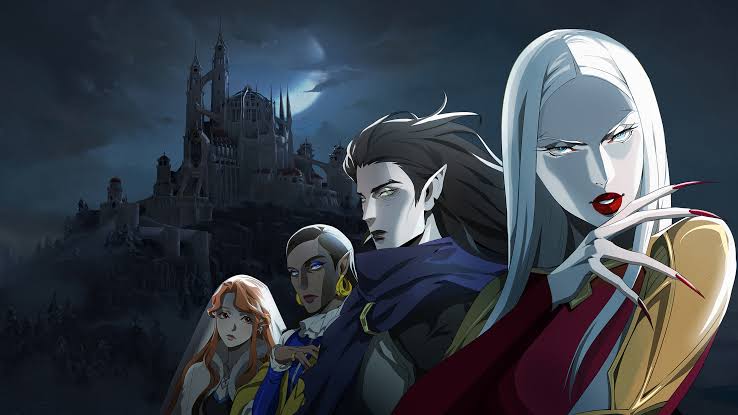 The Council of Sisters (from left): Lenore, Morana, Striga and Carmilla

During one online chat, a friend of mine sounded the alarm: “‘Castlevania’ Season 3 is out!” Her husband is a fellow anime appreciator, and she assumed I was already a fan.

However, at the time, I hadn’t yet started watching this animated series (created by Warren Ellis and directed by Sam Deats, Adam Deats and Spencer Wan). Fast-forward to April 20, and I’ve watched and rewatched all three seasons at least twice. It’s safe to say I’m a little obsessed.

Based on the popular video game series of the same name, “Castlevania” is set in Wallachia (which is located somewhere in modern-day Romania). A vampire named Vlad Dracula Tepes (voiced by Graham McTavish) meets a human, a doctor named Lisa (Emily Swallow), who sets off for his castle to learn more about science in order to help people. 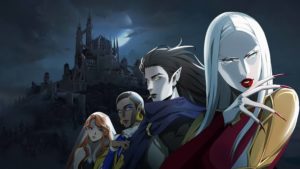 They fall in love and have a son, Adrian, later named Alucard (James Callis). However, one fine day, the corrupt Bishop of Targoviste (Matt Frewer, also known as MTV’s Max Headroom … I kinda freaked out at this casting coup, not gonna lie) whose religious beliefs eschew all things scientific, brands Lisa a witch, and has her burned at the stake in the center of town.

Dracula, upon learning of what happens to his wife, curses the town, giving them a full year to “make peace with your god” before he unleashes an army from hell upon them. A year passes, and true to his word, a legion of night creatures sets upon the town. And this is where the story begins.

We meet the last son of the Belmonts, a legendary family whose sole mission is killing monsters, an alcoholic drifter named Trevor (Richard Armitage), and a speaker named Sypha Belnades (Alejandra Reynoso).

The two of them team up to find “the sleeping soldier” deep in the catacombs beneath the town of Gresit, who happens to be Alucard. The motley trio joins forces for one reason: to vanquish Alucard’s father, Dracula. (In case you haven’t noticed, Alucard is Dracula spelled backward.)

Around this main story line, there are others who are no less important: Carmilla, a vampire from Styria (Jaime Murray), arrives at Dracula’s castle summoned to join his war council, which includes two human forge masters Hector (Theo James) and Isaac (Adetokumboh M’Cormack).

There is unrest in the council, and a few are planning to usurp Dracula’s leadership, deeming him a crazy old man unfit to lead. I won’t reveal much more, except to say there is a lot of blood (it’s a vampire story, what else can we expect), and a fair share of epic fight scenes.

What I didn’t foresee is how some of the scenes are emotionally affecting, requiring a little more time to recover before moving on. (Full disclosure: This series is strictly for adults only, given the amount of violence, profanity and sexual situations. But if you were able to sit through “Game of Thrones,” then you can handle this.)

The first two seasons happen at almost breakneck speed, given that they’ve both somewhat abbreviated (season one has only four episodes, while season two has eight). However, in season three, even more beautifully animated with painstaking attention to detail, the pace is slowed, allowing each story line ample breathing room for exposition.

By the final two action-packed episodes, we are invested in all the characters and their respective story arcs, waiting and wondering how each one will end, if at all. Oh, watch for the Council of Sisters composed of Carmilla, Lenore (Jessica Brown Findlay), Striga (Ivana Milicevic) and Morana (Yasmine Al Massri), as well as Saint Germain (Bill Nighy) and The Judge (Jason Isaacs, who played Lucius Malfoy in the “Harry Potter” movies).

It also doesn’t hurt that just about every character, good or evil, is drawn to be beautiful and incredibly sexy, and that the voice acting is top-notch.

Not every game-to-film or game-to-television series adaptation is successful, but “Castlevania” absolutely hits the mark. One doesn’t have to be a fan of the game at all to enjoy this romp through Eastern Europe in a world where religious corruption spat in the face of scientific knowledge, magic paired with knowledge was power, sex was as much a tool for manipulation as the spoken word, and vampires whose skin glowed in the moonlight existed.

This is more than just a little pleasure, one that I shall be only too happy to experience all over again.

“Castlevania” is available for streaming on Netflix.

As of today, “Bayanihan Musikahan” has raised over P50 Million! To everyone who has donated, thank you so much! Please keep checking the “Bayanihan’s” Facebook page to check the schedule of upcoming performances. 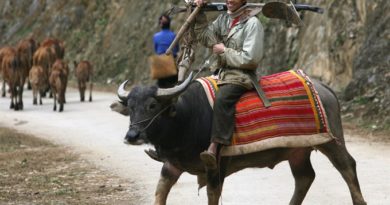