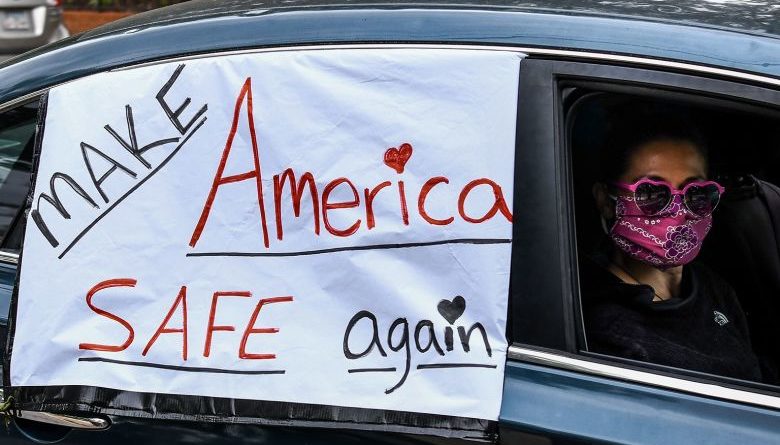 General Headlines Latest Politics Top Stories
April 26, 2020April 26, 2020 Contributor 0 Comment COVID-19 SPECIAL Covid-19 injects uncertainty into US presidential election in Nov.
A demonstrator in a drive-by protest in the United States on Friday, amid lockdowns in several states in the country to try to curb the pandemic. A poll released this month showed a drop in President Donald Trump’s approval rating. Another poll found Americans to be less keen on voting. PHOTO: AGENCE FRANCE-PRESSE
.
.
BREAKING NEWS:

Washington – The United States recorded 2,494 more coronavirus deaths in the past 24 hours, according to figures reported Saturday night by Johns Hopkins University.The country now has an overall death toll of 53,511, with 936,293 confirmed infections, according to a tally by the Baltimore-based university at 8:30 pm (0030 GMT Sunday).The United States is by far the hardest-hit country in the global pandemic, in terms of both confirmed infections and deaths.

The toll of 2,494 was a jump from Friday, when the US recorded the lowest number of virus deaths — 1,258 — in nearly three weeks.© Agence France-Presse

Just six months to the presidential election in the United States on Nov 3, it is clear that it will be deeply influenced by the Covid-19 pandemic.

An election, which in a sharply polarised country was always going to be more fraught than usual, will now take place amid an economic crisis, a crushing debt burden – and a public health emergency.

And the pandemic, far from pulling Americans together, has further fuelled the polarisation.

It is also clear that from sitting pretty just three months ago – when the economy was chugging along fine, the President’s base remaining rock solid and the Democrats disunited – Mr Donald Trump and the Republican Party have lost their tailwind now.

A Gallup poll released on April 16 showed his approval at 43 per cent, while 54 per cent disapproved of the job he is doing as president. Approval was significantly down from 49 per cent last month, while disapproval was up 9 percentage points from 45 per cent.

And polls show that presumptive Democratic Party candidate Joe Biden, who is stuck in his basement in Wilmington, Delaware, while Mr Trump hogs the ratings with his daily White House Covid-19 briefing, would beat him, albeit narrowly, in a head-to-head if the election were held today.

In fact, from earlier believing the President will power to a narrow electoral college victory by winning just a few key states – the same path he blazed in 2016 – some Washington political pundits are now entertaining the notion of the Republicans losing not just the White House but the Senate as well – and failing to win back the House. One indicator of that is that key Democrats seem to be raising more money than Republicans.

But the pollsters and pundits also acknowledge that they were wrong in 2016, when data showed Mrs Hillary Clinton would win the presidency.

The impact of the Covid-19 crisis introduces several wild cards.

For one thing, the coronavirus, which causes Covid-19, is on the move. Thus far seen as largely concentrated in populated metros, Covid-19 has recently spread to suburban, whiter, and more Republican-leaning areas, says Dr William H. Frey, senior fellow in the Metropolitan Policy Programme at Brookings Institution. How it impacts various demographic or ethnic groups could well become a factor in the campaign. Another way the coronavirus will affect the election is in turnout. Wisconsin went ahead with its primaries on April 7 amid controversy as to whether they should have been postponed. Now, 19 coronavirus cases have been connected to that election. “Before Covid-19, there was an expectation for record-breaking turnout in 2020,” Ms Amy Walter, national editor of the non-partisan Cook Political Report, wrote last week.

From earlier believing President Donald Trump will power to a narrow electoral college victory by winning just a few key states – the same path he blazed in 2016 – some Washington political pundits are now entertaining the notion of the Republicans losing not just the White House but the Senate as well – and failing to win back the House.

“After all, turnout in the 2018 midterm election hit a 100-year high. Plus, polls in 2019 and early 2020 found voters overwhelmingly engaged in the upcoming election.”

A February Gallup survey found that 59 per cent of Americans were enthusiastic about voting in November – 13 percentage points higher than at a similar point in 2016.

Since the Covid-19 outbreak, however, separate CNN polling has shown a dip in enthusiasm, from 66 per cent early last month to 57 per cent early this month.

“Of course, more Americans are worried about paying bills, getting sick, and losing their jobs than they were in early March,” Ms Walter wrote. “At this stage, we also know that voters are uncomfortable about the prospect of showing up to vote at a traditional voting location.”

This is going to be a controversial issue. President Trump has forcefully cast doubt on the integrity of mail-in balloting, claiming it is rife with cheating. He favours in-person voting.

Working in the opposite direction are the Democrats who are doing as much as they can to try to make voting by mail easier, even, for instance, by providing postage-paid envelopes.

Voting by mail has become more prevalent in America in recent years. Around 40 per cent of Americans’ votes are cast by mail.

But Mr Trump may well be on to something; between 2012 and 2018, 28.3 million mail-in ballots remain unaccounted for, according to data from the federal Election Assistance Commission reported in Real Clear Politics.

The missing ballots amount to nearly one in five of all absentee ballots and ballots mailed to voters residing in states that do elections exclusively by mail.

The bottom line, analysts say, is there is a lot of litigation in store, and potentially legislation, on how to vote – which is going to impact on who votes.

Amid the volatility, one of the few steady constants has actually been President Trump’s job performance ratings which, while low, have been steady and within a narrow band.

And the numbers track the political divide. In the Gallup poll, 93 per cent of Republicans approve of him, against only 7 per cent of Democrats.

Fundamentally, Americans’ opinions of Mr Trump are baked in. “When he’s had really, really good news, it hasn’t helped him much,” a top political analyst observed at a recent briefing in Washington.

“And when he’s had bad news, it hasn’t hurt him much.

In that context, the impact of the coronavirus on voter turnout will be critical, analysts say. Ms Walter said: “One of the most immediate repercussions of the pandemic on our politics is its impact on who votes, and how they do it.”/

US Bureau Chief
Nirmal Ghosh is The Straits Times’ US Bureau Chief, based in Washington DC. Since 1994 he has been a foreign correspondent for the paper in Manila, New Delhi and Bangkok, covering politics, elections, conflict and coups d’etat, natural disasters, and social and environmental issues across a dozen Asian countries. His journalism has won PANPA, SOPA and WAN-IFRA awards. He was a Jefferson Fellow of the East West Center in the summer of 2015, and a Presidential Election Reporting Fellow in the fall of 2016. He is also an author, photographer and film-maker and is deeply involved in wildlife conservation. His fourth and most recent book, Unquiet Kingdom : Thailand in Transition was published in April 2017.

The most important news of the day about the ASEAN Countries and the world. email: aseanews @hotmail.com 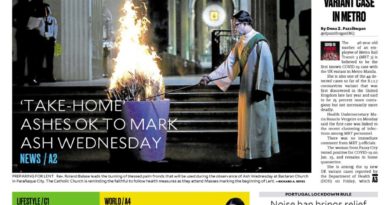 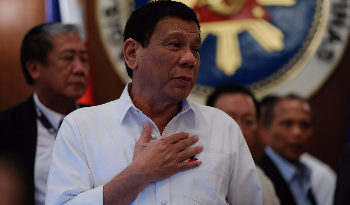 DO YOU BELIEVE A LIAR? : COLUMN-OPINION: To The Point by Emil Jurado- Is the President cancer-free? 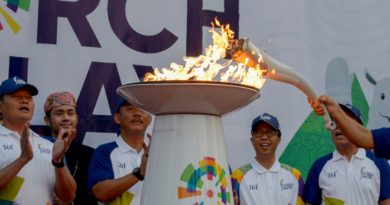