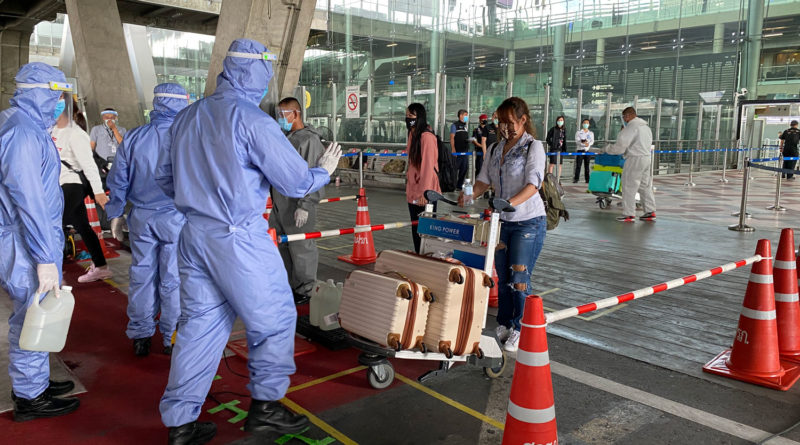 Officials conduct health-screening checks on Thai returnees from Abu Dhabi and Egypt who arrived at Suvarnabhumi airport on Friday. (Photo by Sutthiwit Chayutworakan)

Officials conduct health-screening checks on Thai returnees from Abu Dhabi and Egypt who arrived at Suvarnabhumi airport on Friday. (Photo by Sutthiwit Chayutworakan)

Four new cases of coronavirus disease and one death — a Thai man living in Bangkok — were reported on Saturday, raising the nationwide total to 3,004 cases and 56 fatalities.

A total of 2,787 people had fully recovered and 161 remained in hospitals as of Saturday, said Taweesilp Visanuyothin, spokesman for the Centre for Covid-19 Situation Administration.

The number of new cases has been in single digits almost every day for the past three weeks. Some critics of the government’s approach say this reflects a low rate of testing, but virologist Yong Poovoawan has rejected those claims.

One of the new cases was a 36-year-old Thai woman from Bangkok who had been in contact with a previously infected person.

Another new case was a 28-year-old woman who worked at a shopping mall in Phuket, which has recorded the second-most cases in the country, and later returned to her home province of Prachin Buri.

The other two new cases were found during active case finding in Yala province. They were a 41-year-old woman and a 44-year-old man who had been in contact with confirmed Covid-19 patients who had returned from Malaysia. (continued below)

Dr Taweesilp said the latest death was a self-employed 68-year-old Thai man in Bangkok. He fell sick on March 19 with a high fever, muscle pains and breathing difficulties. He tested positive three days later. His condition had since been deteriorating, with complications from blood infections and kidney failure. He died on Saturday.

The youngest patient was one month old, the oldest was 97 and the average age was 39. The most vulnerable age group to date was 20-29, said the spokesman. 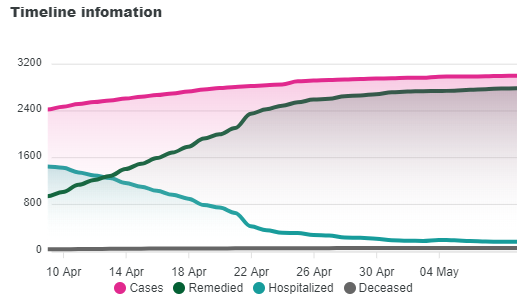 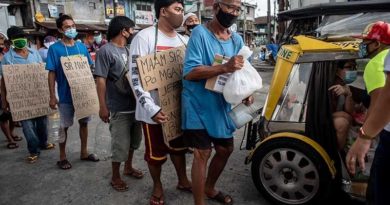 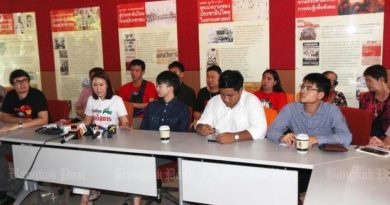 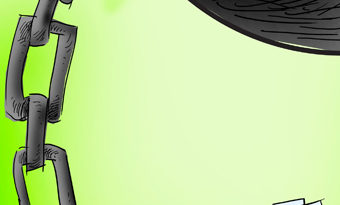