Not the “mañana habit,” which refers to postponing things for tomorrow (Spanish mañana), but mañanita, a “little tomorrow” which refers, we are told by no less an authority than President Duterte, to the cultural practice of an early morning harana or serenade for a birthday celebrant.

It was this mañanita that got police chief Debold Sinas into trouble, the affair posted on Facebook showing him being greeted by well-wishers and blowing out a candle on a cake. Media went wild and public reaction was ruthless, calling for disciplinary action.

The President intervened, saying it was just a mañanita.

Mañanita? I was unaware of that term, so I looked it up on the internet and found out there is indeed a practice in Latin America involving a midnight or early morning serenade for a birthday celebrant with a song called “Las Mañanitas” (look it up in YouTube). It’s more often sung for girls though, rather than police generals. Look at one of the lines: “On the day you were born, all the flowers were born.”

I came up with an instant survey by texting my friends. The first one to reply said she’d never heard of it in relation to a birthday. Instead, she explained, “the mañanita was specific to a… retreat—actually mga nouveau riche who wanted to show they had friends who can show up early morning… they would sing a song called De Colores… the retreat’s name escapes me right now.”

I laughed and texted back, “Cursillo.” She replied “That’s it!” just as another text message came in from someone younger, who also remembered it in association with the cursillo, but not with birthdays.

A younger woman, Tagalog, said she wakes up her kids early on a birthday morning to sing to them, but didn’t know it was called a mañanita. Others—three Cebuanos and a Kapampangan—confirmed the mañanita as a birthday practice, the Kapampangan remembering it delivered at midnight in his seminary days. An older Cebuano friend remembered the birthday mañanita from her Silliman days, done at night or in the morning, the latter “when a lovelorn male wanted to convince a woman of his feelings.”

Two friends said there is a new term now being used: salubong.

Birthdays are big in the Philippines, but it wasn’t always this way. Up until fairly recently, I was still meeting people, when doing research in more remote, impoverished areas, who didn’t even know their birthdays.

Times do change, and the pressure to celebrate birthdays has become all too strong—maybe to celebrate another year of surviving in a tough world, especially for children. It’s a sign of pakikisama, getting along with your friends. More often, though, it’s a status symbol, especially to show social mobility, that one has made good in life. Here, people can overdo it, even going into debt for this display.

Another angle here: In offices, the pressure might come from the staff, who will insist on celebrating a birthday to flatter or please the boss.

After Mr. Duterte defended the police chief, the outcry only seems to have grown. People want blood and for good reason: The poor are arrested just for sitting in front of their homes during a lockdown, yet officials get away with a birthday celebration or mañanita where people risk infections for not doing physical distancing, for singing, and for blowing out a candle—all efficient ways of spreading the virus.

But maybe we can be kinder? I propose an exchange: Drop the charges against Sinas and other birthday offenders, but let’s get an assurance that all records of people who violated curfews and stay-home orders are expunged. I’ve been told those arrests mean a criminal record, which is really unjust.

Let’s also revisit our fixation on birthdays, especially in these difficult times. I like this mañanita, supposedly meant to be a simple affair for the family and close friends or a chance for a more romantic serenade.

In the spirit of the mañanita, birthdays should be about a new day, a new year, a new normal!

May I also invite readers to write me about your experiences with and thoughts about our birthday culture, including the mañanita and salubong. 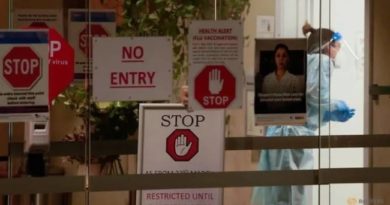 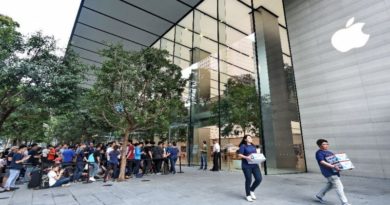 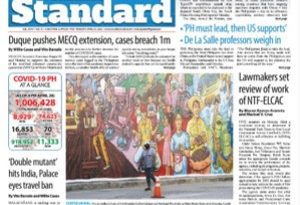