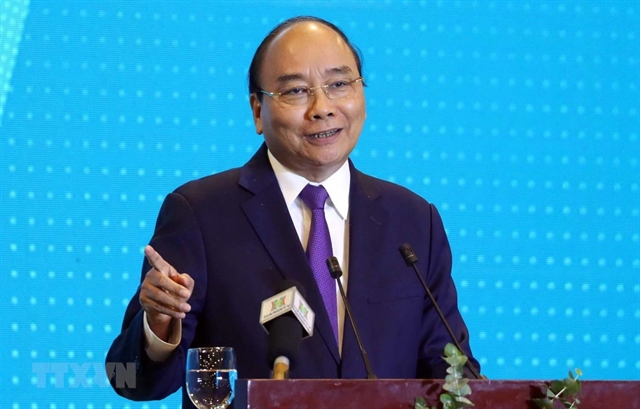 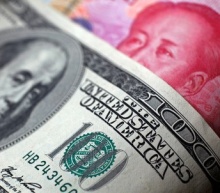 HÀ NỘI — Hà Nội must have transformed itself into one of the political, economic and cultural centres in East Asia by 2045, when Việt Nam becomes a developed country, Prime Minister Nguyễn Xuân Phúc has said.

He made the remark on Saturday while addressing the ‘Hà Nội 2020 – Investment and Development Co-operation’ conference that aimed to promote post-COVID-19 economic recovery and development in the capital.

The conference looked to press on with administrative reforms and improvement of the local business climate and competitiveness so Hà Nội can achieve strong socio-economic results, with its gross regional domestic product growth 1.3 times faster than the whole country’s gross domestic product expansion, and the budget revenue target of VNĐ285 trillion (nearly US$12.3 billion) this year.

“Hà Nội authorities have actively dialogued with and created optimal conditions for all economic sectors to develop. Thanks to their dynamism, the city has attracted a number of foreign-invested and large-scale projects,” said PM Phúc.

“With its new stature, Hà Nội now should not merely be the political, economic and cultural centre of Việt Nam but one of the centres in Southeast Asia, and by 2045, among such hubs in East Asia,” he said.

The target for Hà Nội was no longer to compete with other Vietnamese localities but with other cities in the region like Bangkok, Jakarta, Shanghai and Manila, he said.

“The city needs to have good institutional quality and capitalise on existing special mechanisms, especially the National Assembly’s recent resolution on piloting some specific financial and budgetary mechanisms and policies for the capital.

“The city should also make full use of opportunities and be more proactive to seek new development models and engage in global value chains.

“It needs to maximise the geo-political and economic advantages of Việt Nam and the Capital Region while co-operating with other localities and considering them partners for common development as each of them has specific advantages,” said Phúc.

He also asked the city to create a competitive and institutionally efficient and effective economy and become a liveable city.

Local per capita income has approximated $5,500 each year, and if the average annual growth rate of 9 per cent is sustained, Hà Nội will be able to become a high-income locality by 2030, 15 years ahead of the same target for Việt Nam, the PM said.

At the conference, Chairman of the municipal People’s Committee Nguyễn Đức Chung said the city had gone 72 days without community transmission of COVID-19, with life back to normal for the most part.

Chung said despite the severe impacts of the pandemic, the gross regional domestic product (GRDP) of Hà Nội grew by 3.39 per cent with 12,650 newly registered enterprises in the first half of 2020.

“FDI attraction in the six months reached $4 billion. The State budget revenue for the six months is expected to meet 50 per cent of the estimate,” the chairman said.

Chung also announced a list of 282 projects in eight fields calling for an investment of VNĐ483.1 trillion, including industry, trade and services, infrastructure, and the environment.

Authorities also presented investment certificates to 229 projects worth VNĐ405.57 trillion at the conference.

“Hà Nội is one of the first cities in the world to curb the COVID-19 pandemic and has started to restore economic activities, which is considered a miracle,” Chairman of Việt Nam Chamber of Commerce and Industry Vũ Tiến Lộc told Việt Nam News.

“This conference is held in the context that Việt Nam begins a new phase of development, welcoming new investment capital. With its advantages, the capital will be the frontline in receiving this new wave of investment,” Lộc said.

“Hà Nội needs to best serve the projects of existing businesses to promote the city’s economic development, but the friendliness of civil servants is not highly appreciated. The city should research and develop a district-level competitiveness index to better serve citizens and businesses,” he added.

According to Chairman of Korea Chamber of Business in Việt Nam Han Yong Kim, the business community in Việt Nam had been seriously affected by the COVID-19 pandemic, especially the aviation and tourism industries.

He said he highly valued Việt Nam’s effective containment of the COVID-19 pandemic. The country had supported businesses to stabilise production and soon resume operations as well as extending tax payment deadlines, he said.

However, local and Korean businesses in Việt Nam still faced many difficulties. He urged the Government to deliver more supportive policies to assist businesses, especially those in tourism.

He said South Korea can support Việt Nam in digital transformation so the country can become a digital society and added that Korean businesses would like to work with Hà Nội authorities to contribute to the development of the capital. — VNS 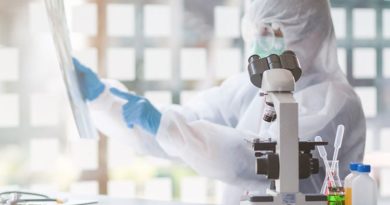 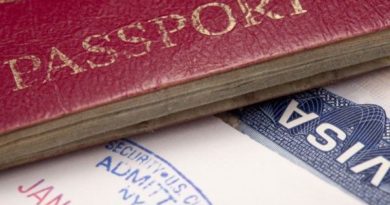 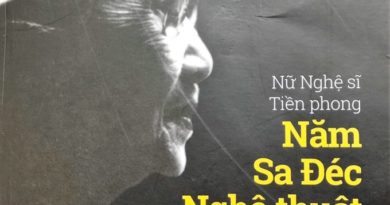