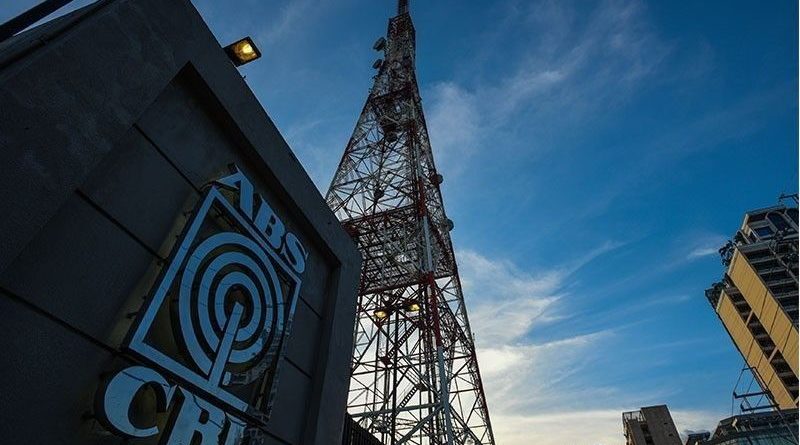 MANILA, Philippines — Risk-lover investors pushed up ABS-CBN Corp. shares on Thursday, as a lawmakers hearing the network’s franchise bill is expected to vote on the measure, the outcome of which would determine the fate of the company and its 11,000-strong workforce.

After starting trading more than 2% down on Thursday, the Lopez-led network’s shares jumped 1.47% to close at P15.18 each at the Philippine Stock Exchange. Share prices hit an intraday high of P16.14 apiece.

“Looking at the charts, the intra-day high of ABS isn’t actually that far from its usual trading range over the month or two. It’s likely that this is just speculative play for more risk-seeking investors,” Beatrice Lopez, equity analyst at Regina Capital brokerage, said in a Viber message.

“I think most investors are still speculating that a franchise will be granted or even if it doesn’t, some operations will continue,” Del Castillo said in a phone interview.

Trading ended ahead of the 13th day of hearing the 25-year franchise application of ABS-CBN before the Lower House. Ninety-one members of two committees dominated by President Rodrigo Duterte’s allies are summing up their arguments for and against ABS-CBN before actual voting expected Thursday or Friday.

A majority of “no” vote cements the ABS-CBN’s shut down of its free TV and radio channels, as well as that of digital platforms under Sky Cable Corp., a subsidiary, which combined serves 69 million Filipinos.

As it is, the Duterte government’s order close down the network a day after its last franchise expired on May 4 was a first since the late dictator Ferdinand Marcos Sr. did the same during the martial law era.

As the franchise issue remains alive, Regina Capital’s Lopez said she expects the kind of volatility on ABS-CBN shares saw throughout Thursday, when it started down and ended up.

GMA, other networks to benefit without ABS-CBN

Del Castillo, meanwhile, said a vote against a broadcast license can bring the network’s shares to a freefall, while that of rivals like GMA Network Inc. are bound to benefit. “Not only GMA, but also other stations affiliated with network companies, of course they will benefit from it,” he said.

“This (can be) substantial (for other networks), not to mention political season already and there would be opportunities for more revenues next year,” Del Castillo said, pertaining to how ad revenues jump during the campaign season. The next elections are held in 2022, but political positioning typically begins way before that.

Both ABS-CBN and GMA’s performance on Thursday defied a bearish sentiment in the main index, which fell 1.48% from Wednesday.

The broader all-shares index likewise retreated 1.04% while all sub-indices, except for the mining and oil counter which climbed 1.33%, ended in the negative territory.

“Local shares succumbed to profit taking after an acceleration of coronavirus infections in about 30 American states and longer periods of working from home,” Luis Limlingan, head of sales at Regina Capital, said in a market commentary. 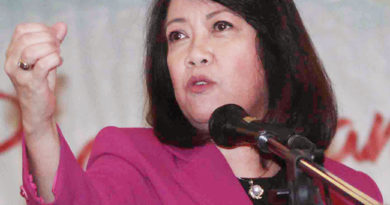 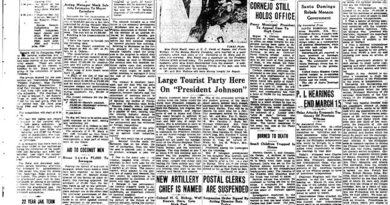 MANILA: The Manila Times’ PAGE FROM THE PAST – February 25, 1971 – “NO NEWS ABOUT UPRISINGS” A PRELUDE TO MARTIAL LAW… 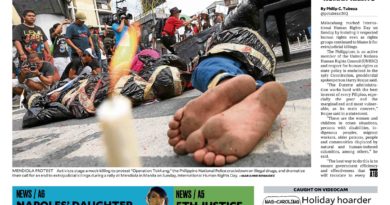