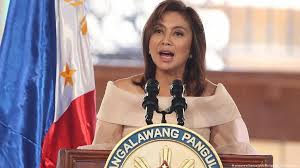 MANILA, Philippines — There’s more than can be done to fight the COVID-19 pandemic beyond providing hospitals and funeral parlors — and “spraying pesticide” over the country, Vice President Leni Robredo said on Monday night in reaction to the remarks made by President Rodrigo Duterte in his pre-recorded address, which was aired just moments earlier.

“Watched the regular Monday Presscon tonight. I can’t help but have takeaways from the speech. It seems not enough just to have hospitals, beds, and funeral parlors and merely wait for a vaccine,” Robredo said in her personal Facebook page.

“Number one: Spraying pesticide all over Metro Manila from an airplane is not a solution,” she added.

Duterte made his statement about spraying pesticide in a sarcastic tone, insisting that the only way to keep the virus away was through wearing masks while waiting for a vaccine to become available.

He mentioned Robredo several times in his speech, criticizing her for saying that the government was doing enough to fight COVID-19.

Duterte also said administration officials had been doing everything they can — selecting all available hospitals and other facilities, even funeral parlors, that can be used to service COVID-19 patients and fatalities.

But Robredo said there were a lot of other things that could be done to help the country cope better with the pandemic.

She listed four measures that the government could focus on: 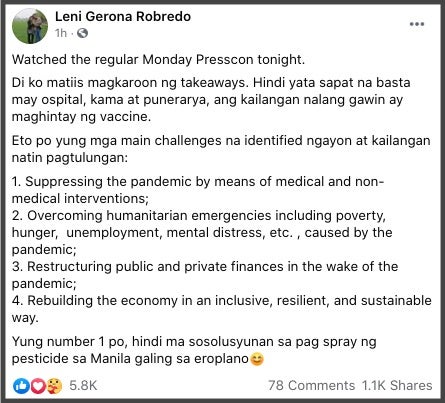 Monday’s exchange between the country’s top two officials was the latest during the pandemic.

Members of the opposition have been criticized the Duterte administration for prioritizing other things over the measures to fight the pandemic — such as enacting the Anti-Terrorism Act, the ABS-CBN shutdown, ties with China, and overlaying a part of the Manila Bay shoreline with crushed dolomite.

Recently, Robredo also mentioned that the government seemed to have no leader and not in control of the situation.

During her Sunday AM radio program, “BISErbisyong LENI, Robredo again noted that the administration had been issuing flip-flopping statements, often contradicting each other — another indication of a lack of leadership.

READ: Robredo: Periodic assessment better than a state of calamity until 2021

“Don’t believe them, these Yellows, especially — I hate to mention her name — but this Leni. She’s saying all sorts of things,” he said, speaking partly in Filipino.

“You know, Leni, if you want, if you really want to do away with COVID-19, let’s spray the Philippines, or Manila, with pesticide from an airplane so that everything’s dead. You cannot exterminate COVID-19 with what we have now.  The only thing that we can do is really is to wear a mask, and that’s it, and wait for the vaccine,” Duterte added.

[Original statement: “Alam mo, Leni, kung gusto mo, if you really want to do away with the COVID, i-sprayan natin itong Pilipinas, o Manila, ng pesticide galing sa eroplano para patay lahat. You cannot exterminate the COVID by itong ano lang (meron) ngayon. The only thing that we can do really is to wear a mask, and that it’s and wait for the vaccine.]

Duterte disputed the notion that the administration had not been working — a common observation among critics, including Robredo who previously said that the government appeared to be “rudderless.”

According to him, administration officials have done everything they can — as they have selected all hospitals and facilities, including even funeral parlors, that can be used to service COVID-19 patients and fatalities.

The President cited Health Secretary Francisco Duque III as an example of an official who had been working hard on the problems brought by the pandemic.

“Don’t make the problem worse. Do not add something to the pandemic by making such reckless statements that we are not doing enough,” he said. “Secretary Duque has been at work — almost not eating, not sleeping on the job. So don’t exaggerate.”

“And I said do not delude the people, misleading them about [us] not doing enough. Your mouths seem to do nothing but criticize and push this administration,” he said.

Earlier during his speech, Duterte also noted that members of the opposition would talk against his administration regardless of his officials would do.

He cited  Robredo’s comments expressing her concerns about dumping crushed dolomite to simulate white sand along part of the Manila Bay shoreline and the lack of physical distancing among people who went on Sunday to see the development.

Robredo has openly talked about the administration’s supposed shortcomings in handling the COVID-19 crisis — the lack of a comprehensive plan, poor contact tracing, unprepared alternative education systems, and various missteps that resulted in poor economic performance compared to other Southeast Asian countries.

She also previously spoke about how the government seemed to have no leader and not in control of the situation.

During her Sunday AM radio program, “BISErbisyong LENI,” Robredo again noted that the administration had been issuing flip-flopping statements, often contradicting each other.

READ: Robredo: Periodic assessment better than a state of calamity until 2021

Duterte to health workers: Stay and serve the people, pandemic came to pass

Duterte to health workers: Stay and serve Filipinos, pandemic will ‘come to pass’ 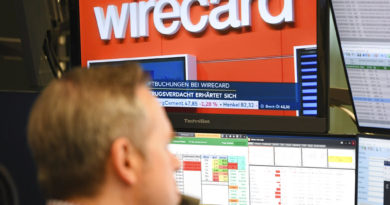 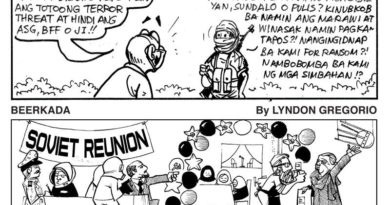 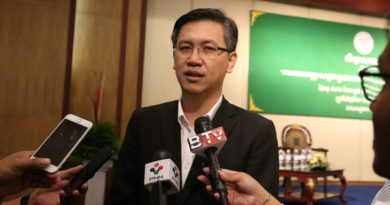