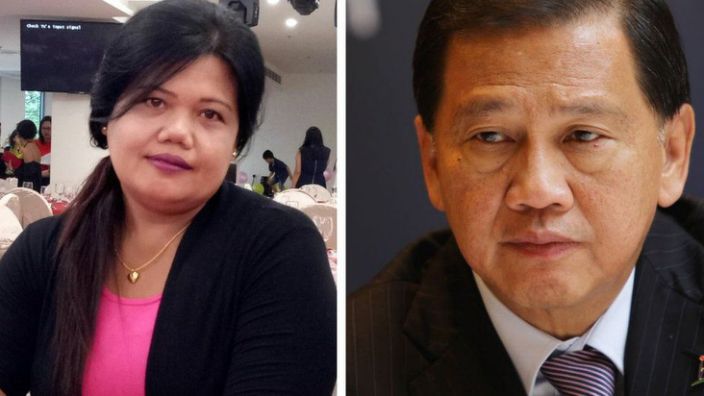 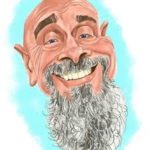 She was an Indonesian domestic helper who earned S$600 (£345) a month working for an extremely wealthy Singaporean family.

He was her employer, a titan of Singapore’s business establishment and the chairman of some of the country’s biggest companies.

One day, his family accused her of stealing from them. They reported her to the police – triggering what would become a high-profile court case that would grip the country with its accusations of pilfered luxury handbags, a DVD player, and even claims of cross-dressing.

“I’m so glad I’m finally free,” she told reporters through an interpreter. “I’ve been fighting for four years.”

But her case has prompted questions about inequality and access to justice in Singapore, with many asking how she could have been found guilty in the first place.

In March 2016, Mr Karl Liew and his family moved out of the home and lived elsewhere.

Court documents that detail the sequence of events say that Ms Parti was asked to clean his new house and office on “multiple occasions” – which breaks local labour regulations, and which she had previously complained about.

A few months later, the Liew family told Ms Parti she was fired, on the suspicion that she was stealing from them.

But when Mr Karl Liew told Parti that her employment was terminated, she reportedly told him: “I know why. You are angry because I refused to clean up your toilet.”

She was given two hours to pack her belongings into several boxes which the family would ship to Indonesia. She flew back home on the same day.

While packing, she threatened to complain to the Singapore authorities about being asked to clean Mr Karl Liew’s house.

The Liew family decided to check the boxes after Ms Parti’s departure, and claimed they found items inside that belonged to them. Mr Liew Mun Leong and his son filed a police report on 30 October.

Ms Parti said had no idea about this – until five weeks later when she flew to Singapore to seek new employment, and was arrested upon arrival.

Unable to work as she was the subject of criminal proceedings, she stayed in a migrant workers’ shelter and relied on them for financial assistance as the case dragged on.

Cross-dressing and a pink knife

Ms Parti was accused of stealing various items from the Liews including 115 pieces of clothing, luxury handbags, a DVD player and a Gerald Genta watch.

During the trial, she argued that these alleged stolen items were either her belongings, discarded objects that she found, or things that she had not packed into the boxes themselves.

In 2019, a district judge found her guilty and sentenced her to two years and two months’ jail. Ms Parti decided to appeal against the ruling. The case dragged on further until earlier this month when Singapore’s High Court finally acquitted her.

Justice Chan Seng Onn concluded the family had an “improper motive” in filing charges against her, but also flagged up several issues with how the police, the prosecutors and even the district judge had handled the case.

He said there was reason to believe the Liew family had filed their police report against her to stop her from lodging a complaint about being illegally sent to clean Mr Karl Liew’s house.

The judge noted that many items that were allegedly stolen by Ms Parti were in fact already damaged – such as the watch which had a missing button-knob, and two iPhones that were not working – and said it was “unusual” to steal items that were mostly broken.

In one instance, Ms Parti was accused of stealing a DVD player, which she said had been thrown away by the family because it did not work.

Prosecutors later admitted they knew the machine could not play DVDs, but did not disclose this during the trial when it was produced as evidence and shown to have worked in another way. This earned criticism from Justice Chan that they used a “sleight-of-hand technique… [that] was particularly prejudicial to the accused”.

In addition, Justice Chan also questioned the credibility of Mr Karl Liew as a witness.

The younger Mr Liew accused Ms Parti of stealing a pink knife which he allegedly bought in the UK and brought back to Singapore in 2002. But he later admitted the knife had a modern design that could not have been produced in Britain before 2002.

He also claimed that various items of clothing, including women’s clothes, found in Ms Parti’s possession were actually his – but later could not remember if he owned some of them. When asked during the trial why he owned women’s clothing, he said he liked to cross-dress – a claim that Justice Chan found “highly unbelievable”.

Justice Chan also questioned the actions taken by police – who did not visit or view the scene of the offences until about five weeks after the initial police report was made.

The police also failed to offer her an interpreter who spoke Indonesian, and instead offered one who spoke Malay, a different language which Ms Parti was not used to speaking.

“It was very worrying conduct by the police in the way they handled the investigations,” Eugene Tan, Professor of Law at Singapore Management University told BBC News.

“The district judge appeared to have prejudged the case and failed to pick out where the police and prosecutors fell short.”

A David and Goliath battle

The case has touched a nerve in Singapore where much of the outrage has centred on Mr Liew and his family.

Many have perceived the case as an example of the rich and elite bullying the poor and powerless, and living by their own set of rules.

Although justice ultimately prevailed, among some Singaporeans it has rattled a long-held belief in the fairness and impartiality of the system.

“There hasn’t been a case like this in recent memory,” said Prof Tan.

“The apparent systemic failures in this case have caused a public disquiet. The question that went through many people’s minds were: What if I was in her shoes? Will it be fairly investigated… and judged impartially?

That the Liews were able to have the police and the lower court fall for the false allegations have raised legitimate questions about whether the checks and balances were adequate.”

Following the public outcry, Mr Liew Mun Leong announced he was retiring from his position as chairman of several prestigious companies.

In a statement, he said he “respected” the decision of the High Court and had faith in Singapore’s legal system. But he also defended his decision to make a police report, saying: “I genuinely believed that if there were suspicions of wrongdoing, it is our civic duty to report the matter to the police”.

Mr Karl Liew has remained silent and has not released any statement on the matter.

The case has triggered a review of police and prosecutorial processes. Law and Home Affairs Minister K Shanmugam admitted “something has gone wrong in the chain of events”.

What the government does next will be watched very closely. If it fails to address Singaporeans’ demands for “greater accountability and systemic fairness”, this may lead to “a gnawing perception that the elite puts its interests above that of society’s,” wrote Singapore commentator Donald Low in a recent essay.

“The heart of the debate [is] whether elitism has seeped into the system and exposed a decay in our moral system,” former journalist PN Balji said in a separate commentary.

“If this is not addressed to satis

faction, then the work of the helper, lawyer, activists and judge will be wasted.”

The case has also highlighted the issue of migrant workers’ access to justice.

Ms Parti was able to stay in Singapore and fight her case due to the support of the non-governmental organisation Home, and lawyer Anil Balchandani, who acted pro bono but estimated his legal fees would have otherwise come up to S$150,000.

Singapore does provide legal resources to migrant workers, but as they are usually their families’ sole breadwinners, many of those who face legal action often decide not to fight their case, as they do not have the luxury of going for months if not years without income, according to Home.

“Parti was represented steadfastly by her lawyer who… fought doggedly against the might of the state. The legal resource asymmetry was just so stark,” said Prof Tan.

“It was a David versus Goliath battle – with the Davids emerging triumphant.”

As for Ms Parti, she has said that she will now be returning home.

“Now that my problems are gone, I want to return to Indonesia,” she said in media interviews.

“I forgive my employer. I just wish to tell them not to do the same thing to other workers.” 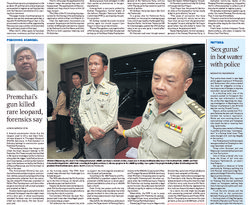 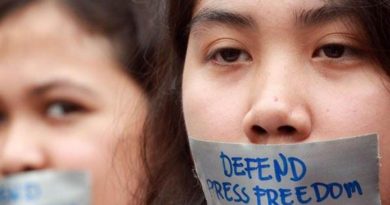 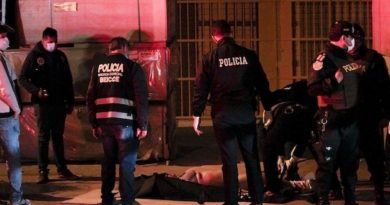