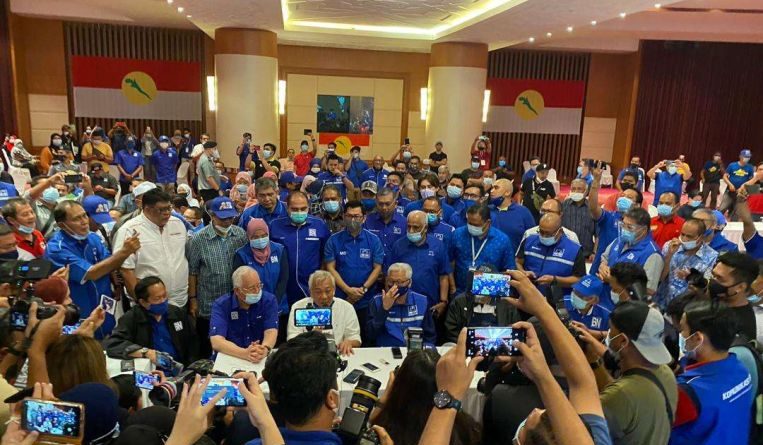 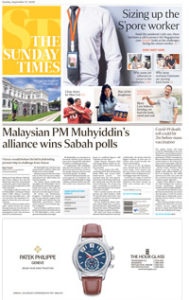 KOTA KINABALU – A victory for Gabungan Rakyat Sabah (GRS) led by Prime Minister Muhyiddin Yassin and his allies in the Sabah state election on Saturday (Sept 26) has not immediately resolved the months of political turmoil, as the parties failed to decide on a Chief Minister candidate and asked the Sabah governor Juhar Mahiruddin to make a decision in the coming days.

GRS initially aimed to get a new chief minister sworn in by 11am on Sunday, but missed the deadline as meetings between GRS parties continued in the morning.

Tan Sri Juhar, according to Datuk Seri Bung, had asked for time to make a decision, meaning a swearing-in ceremony will not take place on Sunday. Chief Ministers are typically sworn in on the day right after the election.

The parties met until the early hours on Sunday but were unable to announce a chief minister candidate at the time.

Friction between GRS allies had been evident throughout the campaign. GRS parties contested against each other in 17 state seats, while both PN, which is led by Tan Sri Muhyiddin, and Barisan Nasional (BN), the biggest component of his federal government, proposed different chief minister candidates.

Mr Muhyiddin has proposed that Datuk Seri Hajiji be made the chief minister, while BN chief Ahmad Zahid Hamidi insisted early on Sunday that the  candidate has to come from BN component Umno, as Umno was the single party with the most seats among GRS allies.

In contrast, Mr Muhyiddin’s own party Bersatu, which Datuk Seri Hajiji is from, won 11 seats. The other six PN seats were won by its ally Parti Solidariti Tanah Airku Rakyat Sabah (Star).

The friction between GRS allies was apparent even after Saturday night’s win. Both PN and BN celebrated at different command centres, and made victory announcements separately.

The uncertainty over GRS’ negotiations seems to give some glimmer of hope for incumbent Parti Warisan Sabah and caretaker Chief Minister Shafie Apdal, who did not concede defeat right away after official results were announced on Saturday night.

Datuk Seri Shafie  pointed out instead that his party Warisan had won 23 state seats and remained the single party with the most seats among all parties that contested the state elections. His electoral allies won another nine seats, for a total of 32.

Technically, if any of major GRS components chose to work with Warisan and its allies, Mr Shafie’s party could still form the state government.

GRS ally Parti Bersatu Sabah (PBS) on Sunday issued a statement denying that it was in talks with Warisan to form a state government, condemning such “rumours”.

Sabah has been in political turmoil since late June after Warisan’s state government collapsed following mass defections of 13 assemblymen to PN, then led by former chief minister Musa Aman.

But Tan Sri Juhar consented to Mr Shafie’s proposal to dissolve the assembly and hold fresh elections, instead of allowing Tan Sri Musa to retain power via defections.

Sabah also underwent days of political turmoil after the 2018 elections, which saw Mr Shafie’s Warisan and BN led by Mr Musa secure 29 seats each, leading to a hung assembly.

Mr Musa struck a deal with Parti Solidariti Tanah Airku (Star), which had two seats, and managed to form the state government.

But merely two days later, United Progressive Kinabalu Organisation (Upko), then a BN ally, opted to join Warisan instead, and Mr Shafie was in turn sworn in as the new chief minister. 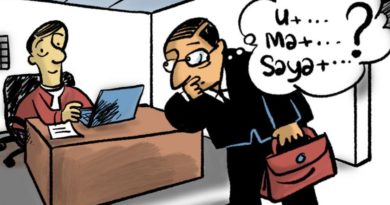 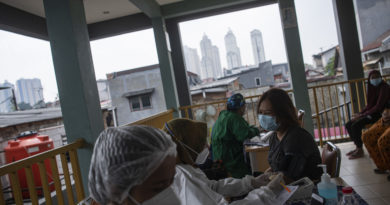 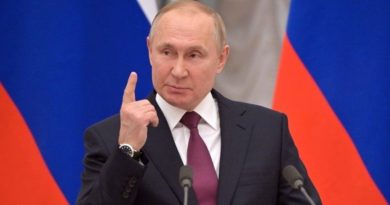