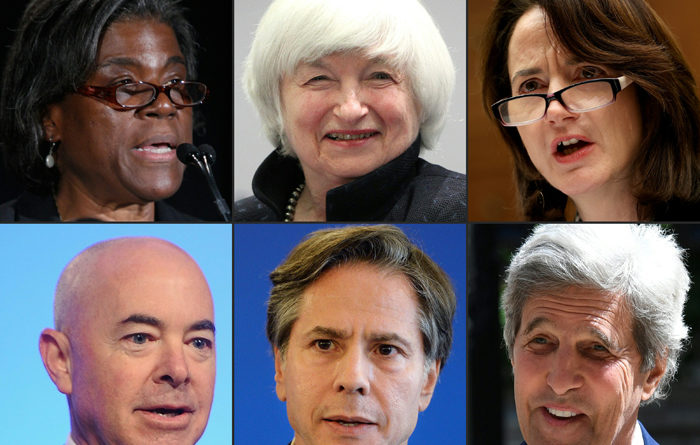 In his first cabinet appointments, President-elect Joe Biden is signaling that he favors competence and centrism and is not out to please his Democratic Party’s left-wing base, although he achieved historic firsts for women and minorities.

Here are a few takeaways from Biden’s unveiling of his national security team:

.
Veterans of Obama
Like Biden himself, many of his cabinet members served in number two roles in the 2009-2017 administration of Barack Obama.Antony Blinken, named to be the next secretary of state, was deputy secretary of state, while Alejandro Mayorkas was tapped to lead the Department of Homeland Security, where he had been number two.Jake Sullivan, the next national security advisor, served in a similar capacity to Biden when he was vice president, and Avril Haines, chosen for director of national intelligence, had been number two at the CIA.Janet Yellen, to be nominated to lead the Treasury, was chosen by Obama as the head of the Federal Reserve, but Donald Trump declined to put her forward for a second term.All are respected for their competence and send a signal that Biden, whose campaign slogan was “Build Back Better,” sees his role at least in personnel choices as a continuation rather than a break from the Obama years.Also in the running for top posts are Michele Flournoy, who held senior Pentagon posts under Obama, for defense secretary, and Rahm Emanuel, Obama’s chief of staff and then mayor of Chicago, for various roles that could include US trade representative.

Unlike Trump, a former reality TV star who relished unveiling picks from “central casting,” Biden’s choices are not flashy.The most dramatic pick so far has been John Kerry, the former secretary of state and White House contender, who will be the presidential envoy on climate — a sign of the high priority Biden will put on the environment as the planet’s temperatures rise dangerously.

But unlike Trump and even Obama, Biden has not selected anyone seen as entertaining future presidential ambitions of their own — contrary to expectations that the 78-year-old president-elect would use the cabinet to groom future contenders for the White House.

Biden has so far chosen not to tap anyone particularly beloved by the Democratic Party’s left wing, but the pushback from progressives has been limited.

Several activists noted with dismay that Blinken, known for his advocacy on human rights, supported intervention in Syria, and they have voiced suspicion that he and Flournoy founded a consulting firm for foreign clients after the Obama administration.The incoming team appears keenly aware of the concerns.Blinken recently pushed back, politely, after the prominent thinker Robert Wright graded him a “C-” on progressive values.Representative Ro Khanna, a Bernie Sanders associate and leading foreign policy voice on the Democratic Party’s left, voiced support for Blinken, saying he “has always been open to engaging progressives” and shares their opposition to the devastating Saudi-led offensive in Yemen.Biden said that Yellen, with her vast experience but also priority on helping workers, was chosen in expectation she would enjoy support across the party — implicitly drawing lessons after Obama’s two treasury secretaries faced heated criticism on the left.The choices also reflect the reality that the nominees need to win confirmation in the Senate, where Republicans will be in charge unless the Democrats win two runoff elections in Georgia in January.Supporters of Trump’s shoot-from-the-hip approach were nonetheless eager to criticize Biden’s choices, with Senator Marco Rubio saying the foreign policy team “will be polite and orderly caretakers of America’s decline.”

Biden is fulfilling his promise to make the cabinet more diverse — a sharp break with Trump, who appointed more white men to top posts than any president in decades.Mayorkas, who was born in Cuba, would be the first immigrant in charge of the Department of Homeland Security, symbolizing an end to Trump’s nativist policies.Yellen and Haines would be the first women in their jobs, as would Flournoy if she is selected for the Pentagon.Linda Thomas-Greenfield, a former career diplomat who is African American, was named to be the face of the United States at the United Nations.There is also speculation that Biden will revive a tradition and name at least one cabinet member from the rival party, hoping to signal unity after Trump’s divisive tenure.
. 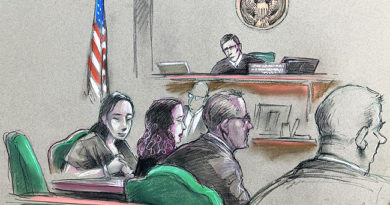 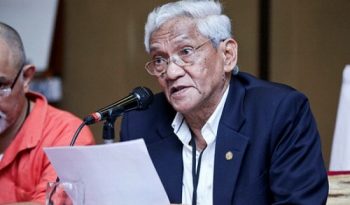