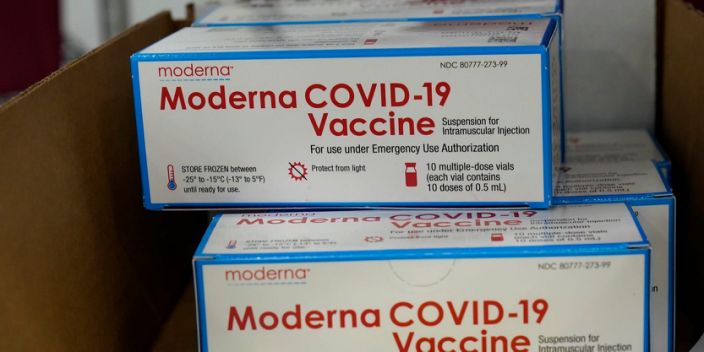 A covid-19 patient recovered yesterday, bringing the number of cases receiving treatment at the National Isolation Centre (NIC) to six.

Brunei Darussalam also entered its third day with no new covid-19 cases, keeping the national tally of confirmed cases at 180. The country recorded no local transmission for 270 days.

The Ministry of Health (MoH) shared the information on latest Covid-19 situation in the country as of noon yesterday.

Meanwhile, the MoH obtained 305 samples for SARS-CoV-2 virus testing over the past 24 hours while and 91,879 tests have been carried out since January 2020.

Five hundred individuals are undergoing mandatory self-isolation at government monitoring centres after arriving from abroad while 12,248 have completed quarantine since March 2020.

Healthinfo.gov.bn revealed that there have been 145 cases in the Brunei-Muara District, 29 in the Belait District and six in the Tutong District.

Visit www.moh.gov.bn, contact the Health Advice Line at 148 or check the BruHealth app for information and updates.

Cambodia
There has been +1 new positive case of the novel coronavirus (COVID-19) in Cambodia. The tally is at 465. No deaths. Total recovered at 443. 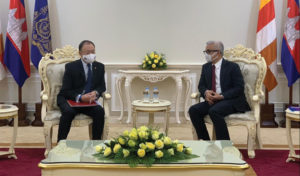 Prime Minister Hun Sen yesterday blasted the European Commission (EC) for using its power to block shipment of COVID-19 vaccines in what is considered a selfish attempt to ensure that pre-paid for doses being produced are not distributed globally until they are delivered to the union.

His censure comes as Australia selflessly upped its vaccine support for Cambodia yesterday by signing a $28 million grant for the purchase of doses for 1.5 million Cambodians.

This is in addition to the about $360 million which Australia has already paid to the WHO-led Covax initiative to supply vaccines to developing countries, including Cambodia.

Mr Hun Sen made his remark after the EC on Friday announced that it will tighten the export rules of vaccines produced in the 27 EU countries through a “vaccine export transparency mechanism”. The scheme, supposed to be used until the end of March, would control shipments to non-EU countries and ensure any exporting company based in the EU first submits its plans to national authorities.

“We had to design this mechanism to bring transparency – but also to avoid fragmentation within our internal market,” said the commission vice-president Valdis Dombrovskis.

“We need to be efficient and ensure vaccines reach people across the EU,” he said.

In response, Mr Hun Sen, while speaking at the groundbreaking ceremony of the Bakheng Water Treatment Plant in Phnom Penh yesterday morning, criticised the mechanism. Addressing EU Ambassador to Cambodia Carmen Moreno, who was also at the ceremony, Mr Hun Sen described the block’s barrier against the vaccine shipment as “inappropriate” and asked Ambassador Moreno to bring his message to the EU.

“The entire world considers the vaccines global public goods,” he said. “If the Europeans keep all the vaccine to themselves, everyone else would die.”

Despite his criticism, Mr Hun Sen also asked the EU to donate vaccines to Cambodia, especially the UK-Swedish AstraZeneca vaccine, which can be stored and transported at normal refrigerated tempretures of two degrees to eight degrees Celsius and cost only around $4 to $5 per dose.

Khmer Times yesterday was not able to reach the Delegation of the European Union to Cambodia for comment on the issue.

The Australian Embassy in Cambodia yesterday officially announced a grant of around $28 million which, according to its statement, will enable the Cambodian government to inoculate 1.5 million people with WHO-approved vaccines.

According to the embassy, this contribution is in addition to the approximately $50 million of development assistance that Australia planned to deliver in Cambodia this year under the Cambodia-Australia COVID-19 Development Response Plan, which was launched in December.

It is also in addition to the vaccines 20 percent of Cambodian people will receive from the multilateral Covax facility, to which Australia has already made a significant contribution.

“As a neighbour and longstanding friend of Cambodia, we are pleased to be able to lend a hand in this time of need,’ said Pablo Kang, Australian Ambassador to Cambodia.

“Our regular development cooperation funding will focus on supporting Cambodia’s socio-economic response to the pandemic. Implementing the vaccine will complement that work and help to put our shared region on a path to recovery,” he said.

Aun Pornmoniroth, Minister of Economy and Finance, in a meeting with Ambassador Kang yesterday said Cambodia is grateful for Australia’s support during this hard time.

“We applaud Australia and her people for their solidarity and commitment in jointly fighting against this pandemic, so that we can recover and prosper together,’ he added.

“For the other nine million doses, we have asked for donations from India and Russia, but we are also considering buying vaccines from the UK,” he said.

The Premier added that the “American vaccine” (Pfizer-BioNTech COVID-19 vaccine) is unlikely to be used in the Kingdom, considering the extremely low temperature at which it has to be stored.

“We will accept assistance from the US, but the American vaccine which needs to be kept at -70 degree Celsius cannot be used in Cambodia,” he said, adding that if the US wants to contribute to the cause, it should provide a grant to the Cambodian government to buy the vaccines for the people.

On another matter, Mr Hun Sen said that unlike last year, in a bid to prevent  the spread of COVID-19, the government does not plan to cancel this year’s Khmer New Year celebration in April.

“The reason for last year’s action was because 120,000 migrant workers from Thailand suddenly returned to Cambodia while many people would have been travelling from Phnom Penh during the holiday and it was hard to know whether a person had the virus or not,” Mr Hun Sen said.

However, the Premier still called for everyone to stick to the concept of a “new normal”, such as practising good hygiene and social distancing, during the Khmer New Year as well as the upcoming Chinese New Year, which will be celebrated this month by people of Chinese and Vietnamese descent in the country.

This new case has brought the tally to 466 with 23 still active cases following recoveries. The Kingdom has so far reported no deaths.

Prime Minister Thongloun Sisoulith on Friday praised and thanked health officials, whom he described as “white-shirted warriors”, for their efforts to stem the spread of Covid-19.
The premier made the remarks when addressing the Ministry of Health’s annual meeting to review progress in the sector and discuss plans for 2021.
He also reiterated the need for medical staff to comply with professional ethics in the course of their work, as part of sector-wide efforts to raise standards.

The prime minister’s advice comes at a time when health officials are attempting to improve the country’s healthcare services and fulfil the United Nations’ Sustainable Development Goals so that Laos can rise above least developed country status in the near future.
Mr Thongloun noted that the Ministry of Health had complied with the measures put in place to prevent the spread of Covid-19 as ordered by the Prime Minister’s Office.
He called on health authorities nationwide to ensure that everyone followed these measures for the benefit of the whole population.
The meeting heard an assessment of the situation regarding Covid-19 prevention and control, as well as plans for the future.
The health ministry’s goals were integrated into the National Socio-economic Development Plans for 2016-2020 and 2021-2025 and, more specifically, the Health Plan for 2021.
Implementation of Phase 2 of the Health Reform Strategy was rolled out in 2016-2020 and Phase 3 will be executed from 2021-2025.
Minister of Health Associate Prof. Dr Bounkong Syhavong reported on improvements made in specific health sector indicators and action taken in response to malaria and Covid-19 outbreaks.
Much progress had been made, he said, but challenges remained.
Meeting participants approved the five-year Health Development Plan for 2021-2025 and the health sector’s annual plan for 2021.
The meeting also reviewed progress made in terms of fulfilling five criteria laid down by the ministry relating to excellence in health services and another relating to patient satisfaction.
Service excellence criteria concern patient admissions, cleanliness and hygiene, diagnosis, equal access to treatment, and overall quality of health services. These are the main targets set for the development of the health sector.
Last year, the ministry ran successful projects aimed at increasing access to better quality health services for mothers and children, improved reporting using District Health Information Software 2, trained more medical staff, improved administration, and expanded the health insurance fund to target communities.

However, new positive cases dropped to 3,455 today from 4,214 yesterday, bringing the cumulative figure for cases to 222,628, he said in a statement today.

Dr Noor Hisham said there were 47,847 active cases, and 327 cases were in intensive care, with 145 requiring ventilator support.

“Of the new cases, five were imported and 3,450 are local transmissions,“ he added.

Selangor continued to record the highest number of daily cases with 1,145, followed by Johor (708 cases) and Kuala Lumpur (619).

Dr Noor Hisham said of the 21 deaths today, 12 were in Selangor, four in Sabah, two each in Johor and Kuala Lumpur and one was in Kedah.

He said 3,661 cases had recovered today, bringing the cumulative total for recoveries to 173,990.

Seven new clusters were detected, with six at workplaces and one in the community, he added. 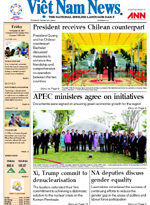 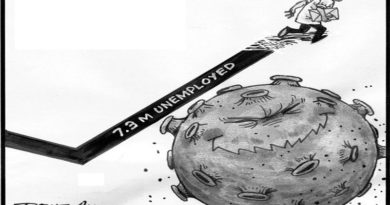 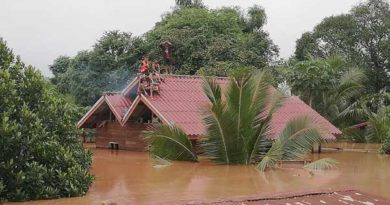