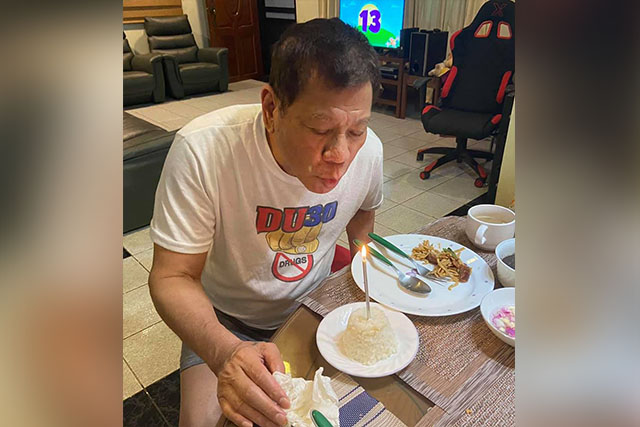 A viral video of President Rodrigo Duterte blowing a candle during his 76th birthday gained traction for his behavior toward the woman holding a small cake for him.

The chief executive celebrated his birthday, which falls on Palm Sunday, in his hometown in Davao City before flying back to Manila to welcome a new batch of Sinovac’s COVID-19 vaccines from China.

Reports said the president’s celebration was supposed to be a strict family affair with only a “very limited” number of people who were supposed to mingle with him.

Duterte’s long-term aide-turned-senator released photos of him blowing a candle on top of a cup of rice which was eventually shared across social media platforms.

A Facebook user also uploaded a video of the celebration which captured a wider view of the birthday spread where a lechon or a roasted pig can be seen on a table filled with food.

Some Filipinos criticized the picture which they said was a contrast to the spread that had a lechon. The pricey delicacy sold for around P10,000 is usually only served on special occasions.

Accusations that he was supposedly pretending to be “poor” with the rice-as-a-cake photo surfaced, to which Duterte’s spokesperson said that he never “pretended to be poor.”

“He has always been known as simple. That is why he did not have guests on his birthday,” his spokesperson said in an interview.

“There may have been food served for special occasions, but that did not violate any sense of decency. There was no extravagant show of wealth because the president was in T-shirt and shorts and celebrated only with his family,” the Palace official added.

Some online users, on the other hand, noticed the moment in the video when a woman presents a small cake with a candle for Duterte to blow. As she extends the cake to him, he appears to attempt to “pinch” the househelper’s delicate area.

The video was also shared by Twitter parody account “Malacañang Events and Catering Services” which has gained more than 513,800 views on the platform so far.

“Did (you) see how (attempted) to pinch the private part of that girl holding his cake?” a Twitter user commented in response to the clip.

“Just look what he almost did to the lady with a purple shirt… I know he’s just teasing her but…….. IT’S EFFING UNCOMFORTABLE. :),” a different Filipino wrote.

Musician Syd Hartha and journalist Jamela Alindogan were also among those who criticized the president’s move.

Duterte in 2018 admitted to confessing to a priest that he touched the inside of their maid’s panties and “tried” to insert his finger while she was asleep.

Reports say he was a freshman student at Ateneo de Davao University during that time.

In the same year, Duterte also kissed a female supporter on the lips while he visited the Filipino community in South Korea. He did it despite saying she has a boyfriend while other news outlets reported her being married.

He said that the kiss was not supposed to be taken seriously and that it was “just a gimmick” to make people happy.

The president has been known to spout remarks which were perceived to be sexist or misogynistic in his speeches and other addresses.

Some of those who have been on the receiving end include Vice President Leni Robredo, Tourism Secretary Bernadette Romulo-Puyat, Sen. Leila de Lima and former International Monetary Fund managing director Christine Lagarde.

This month, he spoke about women empowerment as the country celebrates National Women’s Month but it was deemed “hypocritical” due to his history of spouting lewd and derogatory remarks to them.

Presidential spokesperson Harry Roque, however, defended the latest perceived lewd action of the president anew and said there was no malice behind it. He added that the president was just being playful.

This explanation did not sit well with Filipinos who disputed the “no malice” claim of the Palace.

“You said it yourself ‘panghihipo’ pa’no hindi naging walang malisya ‘yon? And jokes are supposed to be funny, why am I not laughing at the sight of Duterte trying to grope their maid?” a Twitter user wrote.

“So I can molest people now because I’ve known them for a long time?” another asked.

Another user called out the spokesman for being a supposed “enabler” of inappropriate behavior.

“Those doings should never be considered as a joke. Napakababoy nyo grabe, this might as well make you a sexual offender. May asawa at anak pa yung tao. KADIRI,” the online user said. 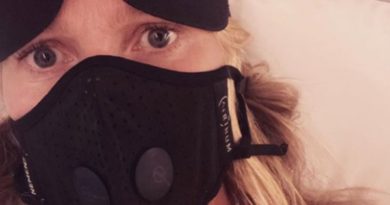 GENEVA, Switzerland- Coronavirus spreading fast outside China but stigma is more dangerous: WHO 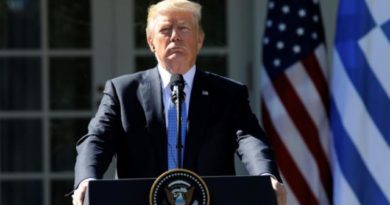 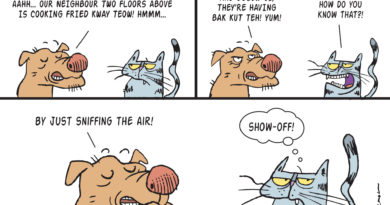