If you were Gabriela Silang, Jose Rizal, or Andres Bonifacio and by some miracle you woke up and found yourself in today’s Philippines, would you say that this is the future you fought and shed your blood for?

With over 712,000 infections and over 13,000 deaths, catastrophic is the only way to describe Duterte’s Covid 19 policy. But then, how can you expect a regime that specializes in taking lives prioritize saving them?

Gabriela, Rizal, and Bonifacio surveying the bleak landscape would tell us that a major part of the problem is President Rodrigo Duterte and that under no conditions can his terroristic regime be allowed to continue under members of his dynasty or his cronies.

But they will also tell you that Duterte is only a symptom of a bigger problem, a systemic one that perverts governance from serving the many to advancing the interests of just a few.  Duterte is simply the latest of a succession of elected leaders since the 1986 EDSA People’s Power Uprising that overthrew the hated dictator Marcos that promised to serve the people only to betray them. From Cory Aquino to Fidel Ramos to Gloria Macapagal-Arroyo to Joseph Estrada to Aquino Recycled to Duterte, politics has been the art of sacrificing the interests of the 99 per cent of the people to those of the one per cent.

Who are these one per cent that feed on the sweat and blood of the 99 per cent?  These families can easily be identified by scrolling the names of the members of the House of Representatives, where they are well represented in order to promote their dynastic interests rather than those of the people who voted them to office.  They own or control most of the country’s privately owned land. The richest and most powerful of them, like the Villars, Gokongweis, Zobels, and Lopezes, are dollar billionaires.

“Democracy” is the name of the game they play, but greed, corruption, bribery, and violence are the rules of their game.

Were they alive today, Kas Gabriela, Jose, and Andres would tell you that our elite act in the selfish way they do because they are implicated in a system of global capitalism that, vampire- like, systematically sucks the labor and blood of the peoples of the world and translates these into profits for transnational corporations and the transnational billionaire class, leaving the vast majority poor, broken, and marginalized.

Profits before people’s lives—that is the motto of global capital and its local lieutenants.

If Kas Gabriela Silang, Jose Rizal, and Andres Bonifacio were with us today, they would tell you that the solution to such local and global inequalities would be a system where most of the means of production are owned by the people collectively so that income and wealth differences among Filipinos are small and there is shared prosperity.

Whether you called it social democracy, democratic socialism, or plain socialism, our greatest heroes would not fear to advocate such a system since they would know that at this time in world history, this is only system that would serve the interest of our long-suffering people.

Gabriela was executed at 32, Rizal at 35, and Bonifacio at 33. If our youthful heroes were alive today, we know one thing: they would not hesitate to be in the forefront of Laban ng Masa’s effort to transform our society into the land of justice, equality, and democracy for which they shed their precious blood.  Their call to action would be: Filipinos, take your country back from your oppressors.

When the insurrection of the electorate brings the common opposition candidate for president to victory in 2022, Laban ng Masa will push for the immediate formation of a National Council of Progressive Filipinos to coordinate executive, legislative, and mass movement efforts to bring about and implement the following priority measures that would begin the transition to a democratic socialist system:

“It is simply criminal, the incompetence and stupidity that the Duterte regime has displayed in the face of the pandemic.  But the problem goes beyond Duterte and his gang of clowns and killers.  That Covid 19’s main victims are the poor is not surprising, for the Philippines is a ruthless society that creates wealth for a very few at the expense of the many.  If the pandemic has taught us anything, it is that the 21st century has no room for this cruel system.”

“We are facing horrific, multiple crises—Covid 19, a raging economic crisis, an escalating climate emergency, and a government that is an epic failure in protecting and upholding the rights and welfare of the majority of Filipinos. We need a massive change in governance—for our survival, for justice and the end to tyranny and inequality, for a safe planet, and a better future for our families and children. This is not an impossible dream.” 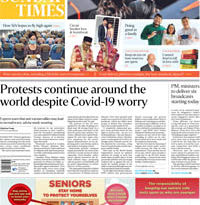 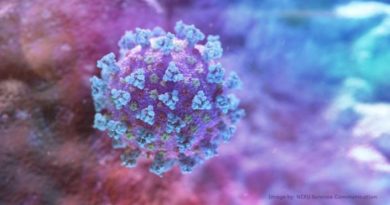 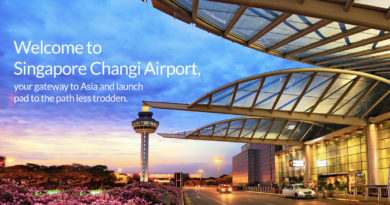