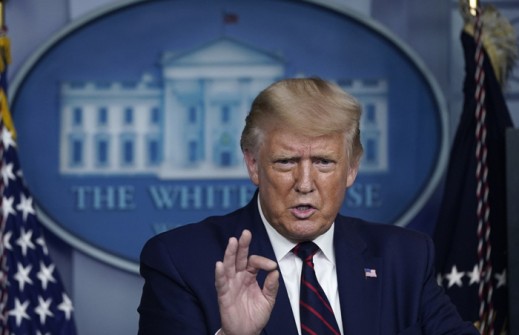 President Donald J. Trump departs after speaking with members of the coronavirus task force during a briefing in response to the COVID-19 coronavirus pandemic in the James S. Brady Press Briefing Room at the White House on Thursday, April 23, 2020 in Washington, DC Jabin Botsford/The Washington Post via Getty Images)
.
.

Olivia Troye, who served on the White House Coronavirus Task Force and also as a staffer to former Vice President Mike Pence, shared the “inside story” in a video released by the anti-Trump Republican Accountability Project on Saturday.

“We were in shock,” Troye said in the clip. “You could see everyone looking around the room, saying, ‘did he really just say that?'”

Prior to the daily briefing on April 23, 2020, Troye said that the task force had agreed with Trump that he should communicate that “the mitigations and the 45 days to slow the spread had worked and the numbers had dropped.”

Trump, however, veered off-course in the presser and instead decided to focus on a briefing from the Department of Homeland Security about sunshine and cleaning products potentially being able to reduce the number of hours that the coronavirus could live on a surface.

During the conference, Trump famously and erroneously suggested that injecting disinfectant inside people could work as a cure for COVID-19.

He said: “And I then I see the disinfectant, where it knocks it out in one minute and is there a way you can do something like that by injection inside, or almost a cleaning. Because you see it gets in the lungs, and it does a tremendous number on the lungs.”

Injecting oneself with bleach or any other disinfectant is not only dangerous and even life-threatening, but it is also not an effective treatment or cure for the coronavirus.

Troye explained how the task force was horrified and frustrated by the comments. “He just threw away all of the work we’ve done,” she said. “That night there was a discussion of how do we mitigate people actually ingesting bleach,” she continued.

Later on in the clip, the former aide cited this incident as an example of why Trump should not run for office again. “He’s hinted at running at 2024, Troye said, “That’s why we’ve got to remember moments like this… because we can’t allow him or someone like him to ever hold power again.”

A former member of Donald Trump’s White House coronavirus task force has lifted the lid on what went down behind the scenes when the then-president talked on national TV last year about injecting disinfectant to combat the coronavirus.

“We’re in shock. You could see everyone looking around the room, saying, ‘Did he really just say that?’” recalled Olivia Troye, a former aide to then-Vice President Mike Pence, in a video released Saturday by the Republican Accountability Project, an anti-Trump conservative organization.

Troye said the task force on April 23, 2020, had wanted to communicate during its televised presser “that the mitigations and the 45 days to slow the spread had worked and the numbers had dropped.”

But Trump got excited by a pre-press conference briefing from the Department of Homeland Security that showed “sunshine and cleaners could potentially reduce the number of hours that a virus can live on a surface.”

Addressing the media soon after, Trump suggested testing “very powerful light” inside the body and disinfectant given “by injection” as ways to kill the virus.

“After the press briefing, Dr. [Deborah] Birx (Trump’s COVID-19 response coordinator) walks through the door and looks straight at me and says, ‘Why was he talking to me? I have nothing to do with that setting. He just threw away all of the work we’ve done,’” recalled Troye, who was in the room next to where Trump was making his comments.

Trump later claimed his comments were “sarcastic,” but Troye remembered the fallout ― having to think of how best to mitigate people taking Trump at his word and subsequent reports of people swallowing or gargling bleach to ward off COVID-19.

“Trump and Trumpism still has a strong hold on the Republican Party. He has hinted at running in 2024. That is why we need to remember moments like this,” Troye concluded. “Because we can’t allow him or someone like him to ever hold power again.”

George W. Bush Reveals Who He Voted For In 2020

A HuffPost Guide To Coronavirus 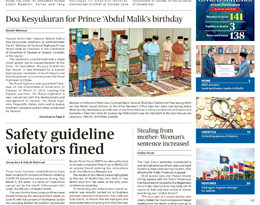 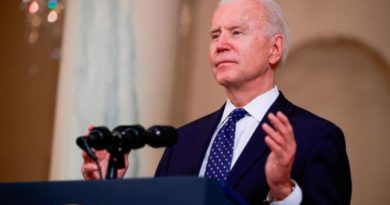 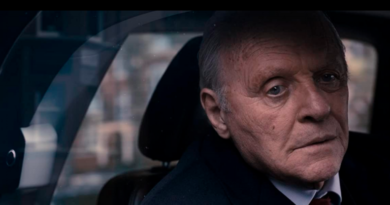