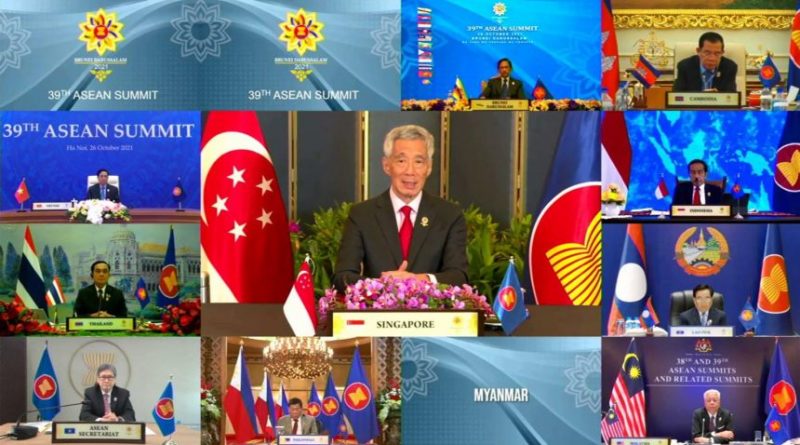 BANGKOK -Asean leaders convened their annual summit for the first time without Myanmar on Tuesday (Oct 26) after the grouping excluded junta chief Min Aung Hlaing from attending the meeting.

The series of virtual meetings chaired by Brunei, which included dialogues with the leaders of South Korea, China and the United States, continued in Myanmar’s absence amid a deepening political crisis within the country following the unpopular Feb 1 military coup.

With the question of the rightful government of Myanmar still unsettled, Asean – which abides by the principle of non-interference – had invited a senior civil servant rather than junta chief Min Aung Hlaing to represent the country.

The junta declined to appoint such a representative, but its foreign ministry on Tuesday night  denied it was boycotting Asean. “Myanmar will continue to constructively cooperate with Asean, including in implementing the five-point consensus,” it said.

Larger issues were discussed. At the Asean-US Summit, US President Joe Biden, ramping up his country’s engagement with Asean after years of no-show by his predecessor, Mr Donald Trump, pledged US$102 million (S$137 million) in funding for health, environmental, economic and education programmes.

The nine South-east Asian leaders gathered stressed the need to collaboratively emerge from the Covid-19 pandemic and find ways to protect the region’s interests amid growing US-China rivalry. Yet they also circled back to the Myanmar crisis, given how Asean’s wrangles with the intransigent junta had severely tested its relevance as a bloc.

Singapore Prime Minister Lee Hsien Loong noted that “progress has been slow” in the implementation of Asean’s Five-Point Consensus, under which the violence in Myanmar must cease and the Asean special envoy visit the country to meet all stakeholders and lay the groundwork for inclusive dialogue. But the designated envoy, Brunei Second Foreign Minister Erywan Yusof, has not been able to make the trip because the junta refuses to grant him access to detained State Counsellor Aung San Suu Kyi.

“This has real consequences for the people of Myanmar and Asean’s credibility as a rules-based organisation,” Mr Lee told his Asean counterparts. “We thus strongly urge the Myanmar military authorities to cooperate with the special envoy fully and expeditiously.”

Indonesian President Joko Widodo said he regretted Myanmar’s unwelcome attitude towards Asean’s diplomatic efforts, while Malaysian Prime Minister Ismail Sabri Yaakob said his country was “deeply saddened by recent developments”, given how it had been a key advocate for Myanmar’s entry into Asean in 1997.

Said Datuk Seri Ismail: “Myanmar remains a valued member of the Asean family. Malaysia looks forward to the return to democracy in Myanmar and participation of Myanmar at the highest level in future summits.”

Cambodian Prime Minister Hun Sen, who will chair Asean next year under the bloc’s rotating arrangement, stressed that Asean had not expelled Myanmar, but “Myanmar abandoned its right”.

“Now, we are in the situation of Asean minus one. It is not because of Asean, but because of Myanmar.”

Thai PM Prayut Chan-o-cha, whom General Min Aung Hlaing had reached out to for support shortly after the coup, “expressed hope that Myanmar will trust Asean in helping Myanmar to achieve peace and harmony, as well as return to the democratic process for the benefit of the Myanmar people and for regional peace, stability and prosperity”, said a Thai government spokesman.

Analysts said Asean is treading on unprecedented ground given the junta’s show of brinkmanship.

“Previous military juntas have never publicly tried to put Asean participation – and membership, by extension – so much into salience as in the current moment,” observed ISEAS – Yusof Ishak Institute fellow Moe Thuzar.

But she noted that Asean, despite its rejection of Gen Min Aung Hlaing and his political appointees, had been “pragmatic” on an operational level by recognising the civil servants working under the junta.

Regional advocacy group Asean Parliamentarians for Human Rights (APHR) urged the bloc to officially and publicly meet representatives of Myanmar’s National Unity Government(NUG). This is an entity comprising ousted lawmakers and activists which is vying with the junta for international recognition.

On Sunday (Oct 24), the NUG appointed US-based Bo Hla Tint as its ambassador to Asean, and on Monday (Oct25), NUG representatives held an online meeting with US national security adviser Jake Sullivan.

APHR chairman Charles Santiago said: “As well as threatening regional stability and peace, let’s not lose sight of the fact that Myanmar’s junta leaders are also accused of the worst crimes imaginable, including genocide. There’s only one place Min Aung Hlaing belongs: not at Asean’s next meeting, but in an international court of justice.”

Asean has shut out Myanmar’s junta leader: He must remain that way 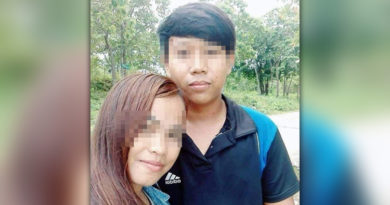 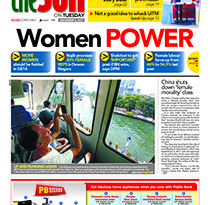 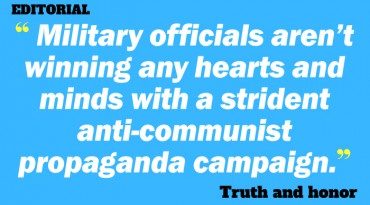