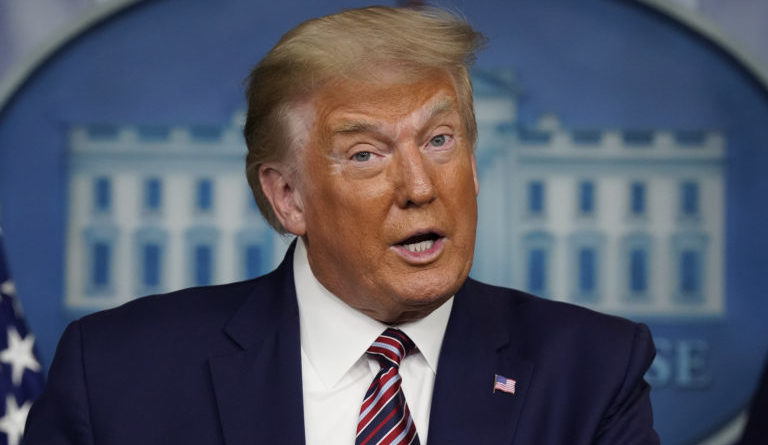 (Reuters) – Former U.S. president Donald Trump’s slashing rhetorical style and divisive politics allowed him to essentially take over the Republican Party. His supporters are so devoted that most believe his false claim that he lost the 2020 election because of voter fraud.

But the same tactics that have inspired fierce political loyalty have undermined Trump’s business, built around real-estate development and branding deals that have allowed him to make millions by licensing his name.

Trump’s business brand was once synonymous with wealth and success, an image that now clashes sharply with a political brand rooted in the anger of his largely rural and working-class voter base. His presidency is now associated in the minds of many with its violent end, as supporters stormed the U.S. Capitol on Jan. 6.

Those searing images, along with years of bitter rhetoric, are costing Trump money. Revenues from some of his high-end properties have declined, vacancies in office buildings have increased and his lenders are warning that the company’s revenues may not be sufficient to cover his debt payments, according to Trump’s financial disclosures as president, Trump Organization records filed with government agencies, and reports from companies that track real-estate company finances.

Prospective tenants in New York are shunning his buildings, one real-estate broker said, to avoid being associated with Trump. Organizers of golf tournaments have pulled events from his courses.

Trump’s focus on the political brand has increasingly overtaken his identity as a real-estate mogul, says one hospitality industry veteran.

“Prior to his political career, the Trump brand was about luxury – the casinos, the golf resorts,” said Scott Smith, a former hotel executive and hospitality professor at the University of South Carolina. “When he entered into politics, he took the Trump brand in an entirely different direction.”

Trump’s business also remains under the cloud of a joint criminal fraud investigation by the Manhattan District Attorney’s office and the New York Attorney General. The company and its longtime chief financial officer, Allen Weisselberg, have been charged with a scheme to evade payroll taxes, and investigators continue to probe whether Trump or his representatives committed fraud by misrepresenting financials in loan applications and tax returns. Weisselberg and the company deny wrongdoing and are contesting the charges.

As his development business struggles, Trump has announced his first major deal since leaving office — and it has nothing to do with real-estate. On Oct. 20, he said he will build a new social media platform aimed in part at giving him a political forum after being banned by Facebook and Twitter, who said after the U.S. Capitol riots that Trump used their platforms to incite violence.

That deal could prove lucrative for Trump regardless of whether the platform succeeds. Investors rushed to buy shares in Digital World Acquisition Corp, the publicly traded blank-check acquisition company that plans to merge with the newly announced Trump Media and Technology Group. Digital World shares surged and are now worth about $2 billion. Trump’s new media company will have at least a 69% stake in the combined company, but Trump has not disclosed his level of ownership in Trump Media.

Trump has also been raising money for his political operation, which reported having $100 million on June 30, as he hints at a 2024 presidential run.

Eric Trump, the former president’s middle son and a Trump Organization executive, said in an interview that the company is now in “a phenomenal spot.” He cited a refinancing of a loan on San Francisco office buildings that gave the Trump business about $162 million in cash, according to loan documents and a release by Vornado Realty Trust, the venture’s majority owner.

In an email, a spokesperson for Donald Trump denied that the business has slumped since he entered politics.

“The real estate company is doing extremely well, and this is evident in Florida and elsewhere,” Liz Harrington said in an emailed statement. “Considering the coronavirus pandemic, in which the hotel industry was hit particularly hard, Mr. Trump’s company is doing phenomenally well.”

Financial records show Trump’s real-estate business has declined. Income from the family’s holdings, heavy on golf courses and hotels, took a beating during 2020 amid the coronavirus pandemic. Revenues at his Las Vegas hotel, for instance, fell from $22.9 million in 2017 to $9.2 million during 2020 and the first 20 days of 2021, according to Trump’s financial disclosures.

Trump is now making a second attempt to sell his lease on one high-profile property, the Trump International Hotel, housed in a former federal building in Washington, D.C., after failing to secure a buyer at the original asking price of $500 million. Meanwhile, the business is paying the federal government $3 million annually in lease payments, according to documents released earlier this month by the House Oversight Committee of the U.S. Congress. Those records show Trump’s Washington hotel lost more than $73 million since 2016.

The damage to Trump’s business image started early in his presidency. One consultant for Trump, arguing in a 2017 public hearing for a lower tax bill at his Doral golf resort, said Trump’s politics had damaged his business model.

“It’s actually not about the property, it is about the brand,” said consultant Jessica Vachiratevanurak, at a December 2017 hearing of the Miami-Dade Value Adjustment Board, in a video recording reviewed by Reuters. She cited a meeting she attended where top Trump Organization executives had described “severe ramifications” to his golf business from, for instance, tournaments and charity events being canceled by organizations wanting to avoid associating with Trump.

The resort saw revenues fall from $92 million in 2015 to $75 million in 2017, she said at another hearing the following year. Trump’s presidential financial disclosure listed Doral revenues at $44 million last year.

In Trump’s home base of New York, the Trump name has become increasingly toxic. One high-profile property, the Trump SoHo hotel in lower Manhattan, was rebranded the Dominick in 2017. New York City in January canceled his leases on a golf course, two Central Park skating rinks and a carousel; Trump has sued the city for wrongful termination of the golf course lease.

At 40 Wall Street, the 72-story skyscraper that was among Trump’s proudest acquisitions, problems that started before the pandemic have gotten worse, according to reports from firms that track real-estate performance. After the Jan. 6 U.S. Capitol riots, some of Trump’s large tenants, including the Girl Scouts and a nonprofit called TB Alliance, said they were exploring whether they could get out of their leases. One commercial real-estate broker says many prospective tenants won’t consider the building because Trump’s name is on it.

The Girl Scouts did not respond to comment requests, and TB Alliance said it was “exploring all options” for leaving the Trump building.

“Most New York tenants want nothing to do with it, and that’s been the case for five years now,” said Ruth Colp-Haber, who said she has placed seven clients in the building over the years, but can’t interest anyone now. “It’s the biggest bargain going, but they won’t look at it.”

Occupancy was 84% in March 2021, well below the average of about 89% for that downtown New York office market, according to Mike Brotschol, managing director of KBRA Analytics LLC. The rents Trump has been able to charge are lower, too – between $38 and $42 per square foot in a market where the average runs closer to $50, he said.

The property’s financials have tumbled into risky territory, the reports say.

Trump took out a $160 million loan in 2015 to refinance 40 Wall Street – personally guaranteeing $26 million. Last year, the building was placed on an industry watchlist for commercial mortgage-backed securities at risk of defaulting, according to reports by KBRA and Trepp, which also monitors real-estate loans. In the first quarter of the year, according to the KBRA report, the debt-service coverage ratio, a statistic monitored by banks, dipped to a number indicating that the building’s cash flow can’t cover its debt payments.

In the statement for Trump, Harrington blamed “the disastrous policies of Bill de Blasio,” New York’s mayor, for the downturn in the city’s office market. “Despite all these serious headwinds, Mr. Trump has very little debt relative to value and the company is doing very well,” she said.

The Doral resort and Washington hotel, along with a hotel in Chicago, are secured by about $340 million in loans from Deutsche Bank AG, Trump’s biggest lender. But the bank has no appetite for more business with Trump and has no plans to extend the loans after they come due in 2023 and 2024, a senior Deutsche Bank source told Reuters on condition of anonymity.

Asked about the bank’s unwillingness to work with Trump, his spokeswoman said: “So what?”

Experts say the prospect of any new Trump-branded development faces long odds. One hotel industry executive said hotel developers – worried about cutting themselves off from the millions of customers turned off by Trump – will likely think twice before signing any branding deals to put the Trump name on their properties.

“People have choices. You can go to the Ritz Carlton, you can go to the Four Seasons, and not bring the politics into it one way or the other,” said Vicki Richman, chief operating officer of HVS Asset Management, a hospitality industry consultancy and property manager.

The Trump Organization tried to take its premium luxury hotel brand downmarket with two new brands: Scion, a mid-priced offering, and American Idea for budget travelers. The company scrapped plans for both in 2019, citing difficulties doing business in a contentious political environment.

Harrington said nothing is off the table for Trump’s business.

Our goal is to create a safe and engaging place for users to connect over interests and passions. In order to improve our community experience, we are temporarily suspending article commenting
<> 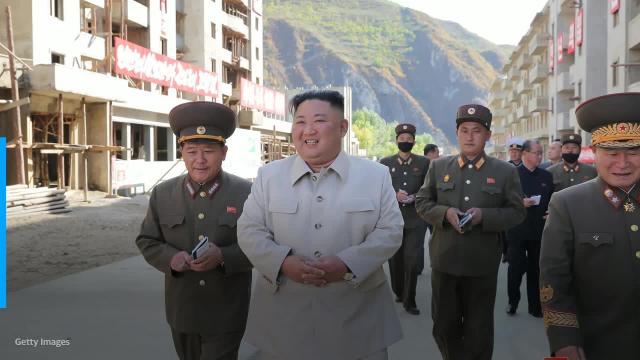 According to South Korea’s spy agency, North Korean leader Kim Jong Un has recently lost about 20 kilograms (44 pounds), but is still healthy and is trying to boost public loyalty to him. Kim appears to face the most difficult time in his rule due to economic hardships made worse by the coronavirus pandemic. 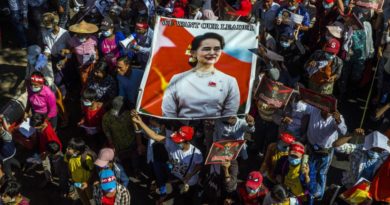 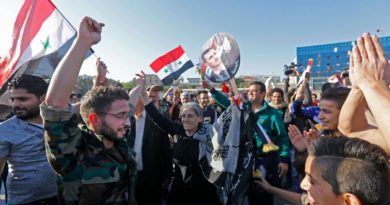 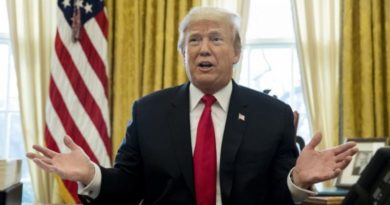