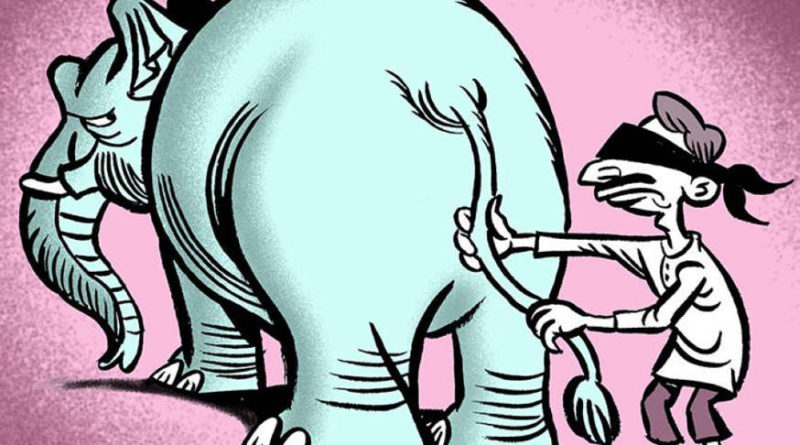 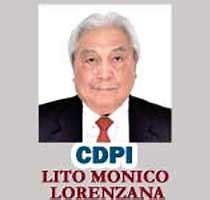 I have never met Leni Robredo. I know little about her politics as a congresswoman and as a vice president where for six years Duterte made sure she would fail. She was a social activist, the darling of civil society. She grew into prominence after the untimely death of her husband, inheriting his populism mantle. Jesse Robredo was President Noynoy’s Secretary of the Interior and Local Government, plucked from the provinces where he gained a legendary reputation as the much-loved tsinelas (flip-flop)-wearing mayor of Naga. Leni’s scant legislative agenda centered on “empowering people,” creating partnerships between local governments and nongovernment organizations and more transparency in government dealings. Having defeated a political dynasty in Camarines Sur, she supported an anti-dynasty bill, which was peremptorily killed in Congress.

In the Philippine personality-oriented politics, it was logical that one carries on the public role of a next of kin, as it were an inherited heirloom, as Leni did similar to PNoy after an iconic mother. Bongbong Marcos is, likewise, replicating the Ferdinand Marcos brand.

I worked with PNoy’s mother in her cabinet and was one of the original Cory yellows in 1986 until it was hijacked by the son and converted into the “dilawan.” (“Revisiting old forces,” The Manila Times, Oct. 6, 2021). I have never met PNoy personally and was excluded from his administration in the six years that he was president.

I was never introduced to Manny Pacquiao. But I admire him as the “pambansang kama-o,” proud of his achievements, burdened with a pedigree that in most societies would have guaranteed him failure. Despite the odds, he reached the heights never before attained by any Filipino in his profession. A billionaire boxing icon. Using his popularity, he cashed in to “serve the public” as congressman. Then proceeded to establish the dubious honor of being the top absentee with no bills or laws of note to his name. His constituency in Sarangani province was duped of representation in Congress.

Again, using his inventory of goodwill as an international athlete, he won a Senate seat, next salivating for the Philippine presidency, a position he believes is attainable solely by popularity and heavy pockets. Knowing his lack of formal education, he corrected this with all sorts of gimmicks to obtain an academic degree — which was not necessary, as presidents in the Philippines by law need only know how to read and write; and the Pacman had more brains and intellectual capacity than many of his peers. His political rise was fueled by prostituting himself as a member of seven or eight political parties. He became Duterte’s attack dog, defending EJK on the war on drugs, protecting the President’s son in a Senate smuggling hearing while quoting inanities from the bible, establishing his reputation as an ignorant evangelical. Having his plans for the presidency belittled by the President, he proceeded to ineloquently criticize Duterte’s China policies and other programs provoking Duterte to label him an ignoramus.

Isko Moreno is not aware of my existence. I never met him. But his rise from the slums of Tondo to Metro Manila’s mayor is admirable. He is seen as a no-nonsense local executive comparable to the Deegong, speaking the language of the masa with nary the expletives. Having been an actor, he understands the psyche of fans and has command of the crowds, toying superbly with them.

Another populist in the mold of his predecessor, the failed President Erap, he introduced an off-the-cuff economic program to revive the Philippine economy through a two-point mini-Marshall plan rehabilitating the MSMEs. Copied as a miniature version of the US reviving Europe after World War 2. A compendium of initiatives will be introduced relying on “creative financial engineering” applying a 5o percent tax cut on fuel and electricity; introducing a regime of LGU partnerships with national agencies to draw up economic rehab plans, giving out low-interest loans to LGUs. He grandiosely labeled this mumbo-jumbo of a menu of goodies as ISKOnomics.

I have not had the pleasure of meeting Bongbong. He doesn’t know me from Adam. And that’s fine. Nor have I met Ferdinand “Macoy,” the father. But the Marcoses have been a feature in my political life since the mid-1960s. Macoy first came into my consciousness when he ran for president in 1965. I was enamored with his opponent, Raul Manglapus, who came in third after incumbent President Diosdado Macapagal. Raul recruited me to the Christian Social Movement where my political philosophy took root, anchored on the papal encyclicals and morphing into a body of thought under Christian Democracy.

The Marcos administration was initially welcomed, positioning the Philippines toward a type of growth that was in step with our Asian neighbors. Until his second term in 1969 when Philippine debt skyrocketed, social unrest became pervasive, corruption unbridled and effectively ending his second legal term on Sept. 21, 1972, when martial law was declared.

But I met Ping Lacson some months back. In 2004, he ran against the incumbent, Gloria Macapagal Arroyo disagreeing with his party, the dominant LDP, and causing a split. Some blamed him for siphoning off the votes from the second placer, Fernando Poe Jr., giving the win to GMA.

But what impressed people is that Ping Lacson refused to access the corruption-laden pork-barrel funds and returned his allocation of P2.4 billion back to the National Treasury. As such, he was not tainted with corruption scandals and served the Senate well.

Where do they stand?

In my six decades dabbling in politics, I participated in some ways in nine presidential elections from Carlos Garcia’s time, tailing my father who was campaigning for Dadong Macapagal, who won. I learned about presidents’ promises proffered to get votes, then do whatever pleases them once in power. Only the reluctant President Cory Aquino fulfilled a pledge — to bring back democracy. Which she did! The tragedy was that being a child of the elite from whence her family sprung, she merely revived that which Marcos killed. She could not provide a follow- through on the democratic concepts — being only “a housewife.”

Matched against expectations and purged of my long-held biases, this column will attempt to scrutinize the candidates’ promises. I want this election to be a fight between the principles of good and bad governance, not one between political families with the rest of us merely supporting actors. The potential victor must be able to unite all of us, despite ourselves.

Will Leni shed whatever color she has concocted to masquerade the “dilawan” image and live up to the unfulfilled promises of the once formidable Liberal Party? Will Ping go beyond the image of a corruption-free bureaucrat and capture the imagination of voters as a leader who has at last come into his own? Will Isko and Manny elevate themselves from their populist roots, their youth and become leaders for all? Will Bongbong fight his own battles and tread his own path away from the father’s. Can Bongbong heal the deep wounds brought about by the martial law years and the resultant effects of the people power revolution?

My next few columns will mine the five wanabees’ actuations hopefully reconciling my own post-1972 biases!

Mr. Lito Monico Lorenzana is the President and Chairman of the Board of the Centrist Democracy Political Institute (CDPI), a political non-government/ non-profit organization in partnership with the Konrad-Adenauer-Stiftung (KAS) Philippines, a German political foundation that promotes primarily political education initiatives worldwide. 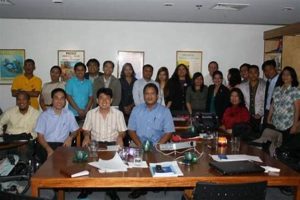 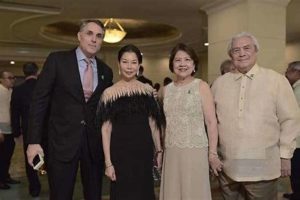 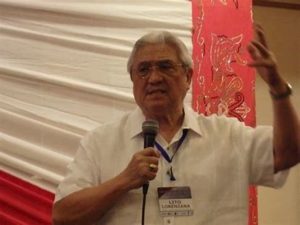 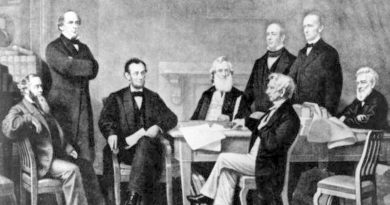 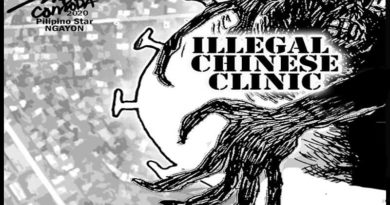 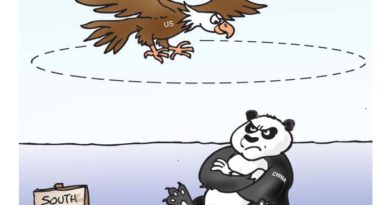