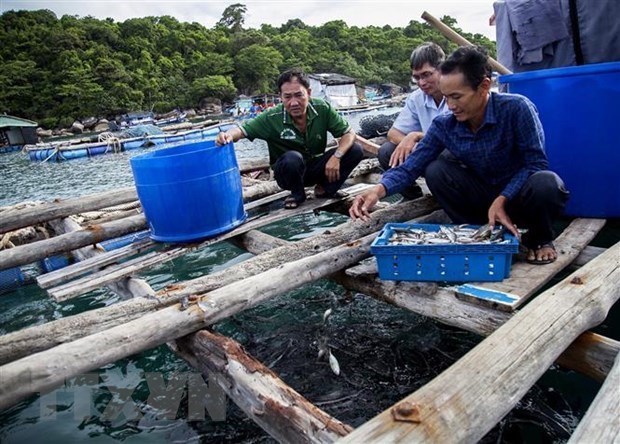 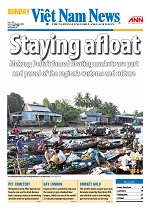 “It is necessary to review and assess the current status and needs of the infrastructure system to serve the development of marine aquaculture,” he said,

Associations were also urged to pay attention to and promote their role in converging and connecting businesses, farmers and scientists to make use of their advantages and contribute to the sustainable development of fisheries in general and marine aquaculture development in particular.

Director of the ministry’s Department of Aquaculture Nhữ Văn Cấn said that investment in infrastructure for marine aquaculture in Việt Nam now had many limitations.

Ineffective investment led to the phenomenon in which many projects, once put into operation, failed to exploit the whole designed capacity.

The system of buoys and traffic signs specifically for the marine aquaculture industry failed to meet the demand, and most of the marinas for ships serving marine aquaculture across the country have not received proper attention or investment.The anchorage areas for marine cages were mainly invested in and developed by people and businesses, he said.

Regarding the breeding issue, he said that currently, Việt Nam mastered the technology to produce many marine fish species, but the technology was not widely transferred to production facilities, so the efficiency in breeding production was not high, he said.

“The seed/breeding technology is complicated, the investment is expensive, the profits are low and the risks are high. That’s the reason why businesses and fishermen have not much been interested in investing in,” Cấn said.

The material could replace traditional bamboo and wood in marine farming with a durability of up to 50 years.

“In order to support marine farmers to access new technology, the corporation offers financial solutions such as providing instalments. Aquaculture growers only have to pay 30 per cent of the investment in advance. Other instalments will be made in the first three crops with each crop lasting eight months, she said, adding that the company cooperated with banks to lend people to build cages made of new materials.

By 2045, Việt Nam’s aquaculture output is expected to reach three million tonnes per year; with export value of over US$10 billion.

To boost marine aquaculture, a series of policies have been designed. Specifically, the State exempts and reduces land and water surface taxes, and exempts or reduces taxes and fees for businesses investing in industrial mariculture. At the same time, favourable conditions are created for procedures to import technology, materials and equipment for marine aquaculture.

The Government grants long-term land and water surface use rights for businesses to invest in and develop marine aquaculture stably and allow conversion of the land/surface areas of other economic sectors to marine aquaculture development.

Luân said that the research and investment in seed production, especially mollusk varieties, were done very well. However, the compliance with the farming process, techniques and instructions were still weak, he added.

Farmers, when focusing on the output, usually forgot the recommendations of the agencies on the environment, and the process of guiding the farming techniques, he said.

“We have strongly recommended that coastal aquaculture areas be re-examined because of overcrowding, polluted environment and potential risk of losses. Therefore, our strategy is to review water surface allocation according to the Law on Fisheries to issue codes to people. We want to expand offshore marine farms, attract large corporations and large enterprises to invest in them and exploit like other countries are doing,” he said.

By 2025, it is expected to increase the scale of marine farming areas to 280,000ha with 10 million cu.m of fishing cages and total marine aquaculture production reaching 850,000 tonnes. 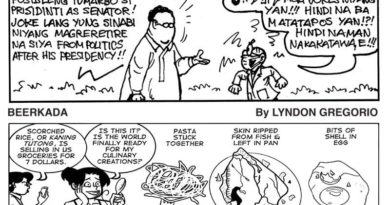 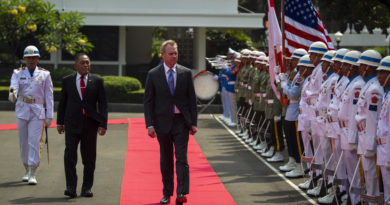 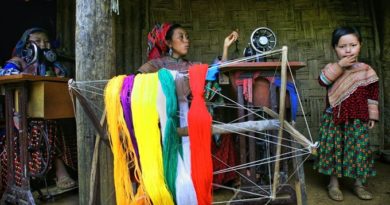