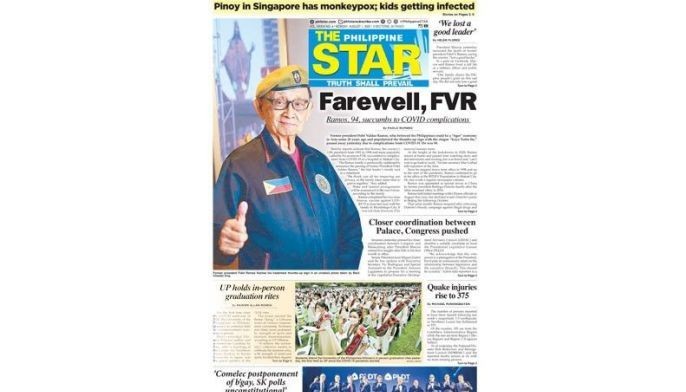 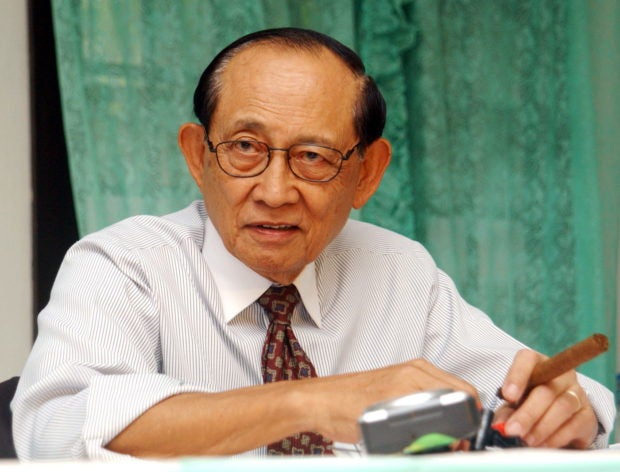 ROLLED-UP SLEEVES AND A CIGAR | President Fidel V. Ramos knew the power of images. The late chief executive fondly called “Tabako” by friends and subordinates was often photographed with an unlit cigar. Many winced when he rolled up the sleeves of his barong tagalog — until they realized the gesture was meant to convey that he was serious about work. And of course, there was the optimistic thumbs up that he flashed whenever he said, “Kaya natin ’to (We can do this).” (INQUIRER FILE PHOTO) 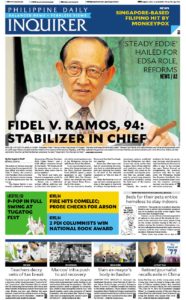 MANILA, Philippines — The nation on Sunday mourned the passing of an esteemed military officer and public servant, Fidel V. Ramos, the country’s 12th President often commended as the best economic manager the Philippines ever had. He was 94.

“The Ramos family is profoundly saddened to announce the passing of former President Fidel Valdez Ramos,” read a brief official statement issued by the family. “We thank you all for respecting our privacy, as the family takes some time to grieve together.”

The family said wake and funeral arrangements would be announced in the near future.

Ramos was a celebrated military official, politician, and an Edsa hero who played a crucial role in restoring democracy in the Philippines during the 1986 People Power Revolution.

It was also during his presidency that the government and the Moro National Liberation Front (MNLF) signed a peace agreement in 1997. Together with MNLF chair Nur Misuari, Ramos was awarded the coveted 1997 Unesco Peace Prize—the first for Asians.

He was married to Amelita Ramos and they had five daughters together.

Ramos has often been credited for resuscitating the economy back to a desirable growth path and allowing the country to rid itself of the shameful reputation as “the sick man of Asia.’’

When the financial crisis of 1997 led many emerging economies in the region to the brink of collapse, foreign lenders and investment analysts predicted that the Philippines was likely to turn the corner earlier than its peers. Much of the credit for such optimism went to President Ramos, who stood out for successfully reviving the economy that was severely weakened by several coup attempts and political instability during the final years of the Aquino presidency.

Topping the myriad of problems he faced was an energy shortage, which he quickly resolved during his first year in office in 1992. In the succeeding years, Ramos focused on strengthening the economic structure such that by 1996, when the Philippines hosted the 18-nation Asia-Pacific Economic Cooperation (Apec) summit, the country’s economic recovery was the center of admiration and praise.

Among his major accomplishments included the dismantling of monopolies and cartels in telecommunications, shipping and banking, and opening up the economy to foreign investors; deregulating water services and airlines and privatizing the Manila Waterworks and Sewerage System (MWSS) and Philippine Airlines, and steering the economy to an annual growth of 5 percent until 1997 to allow the country to finally exit supervision by the International Monetary Fund after 35 years.

The Ramos administration also saw the passage of the Comprehensive Tax Reform Program, which introduced progressive rather than regressive concepts of taxation, a reduction in the unemployment rate from 9.8 percent to 8.4 percent at the end of 1997, and an easing of poverty to 35 percent from 40 percent, with the per capita income increasing from $800 to $1,240 over the period 1992-97. 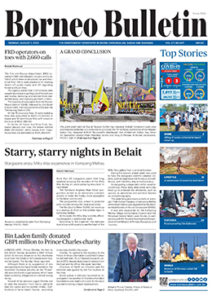 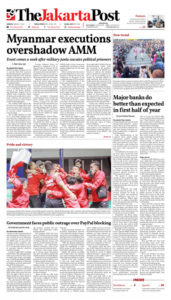 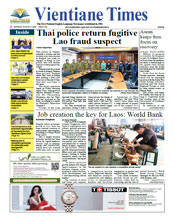 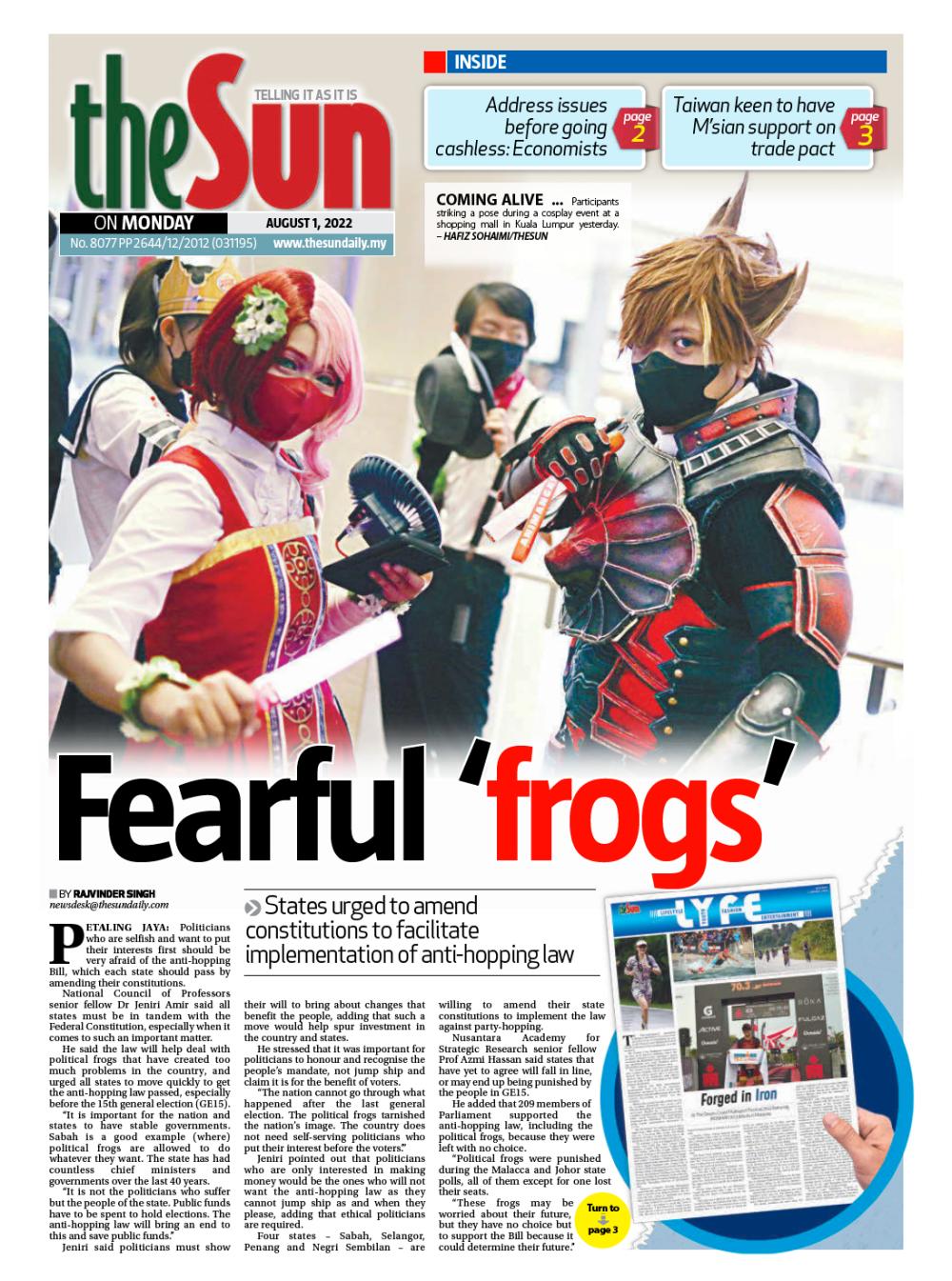 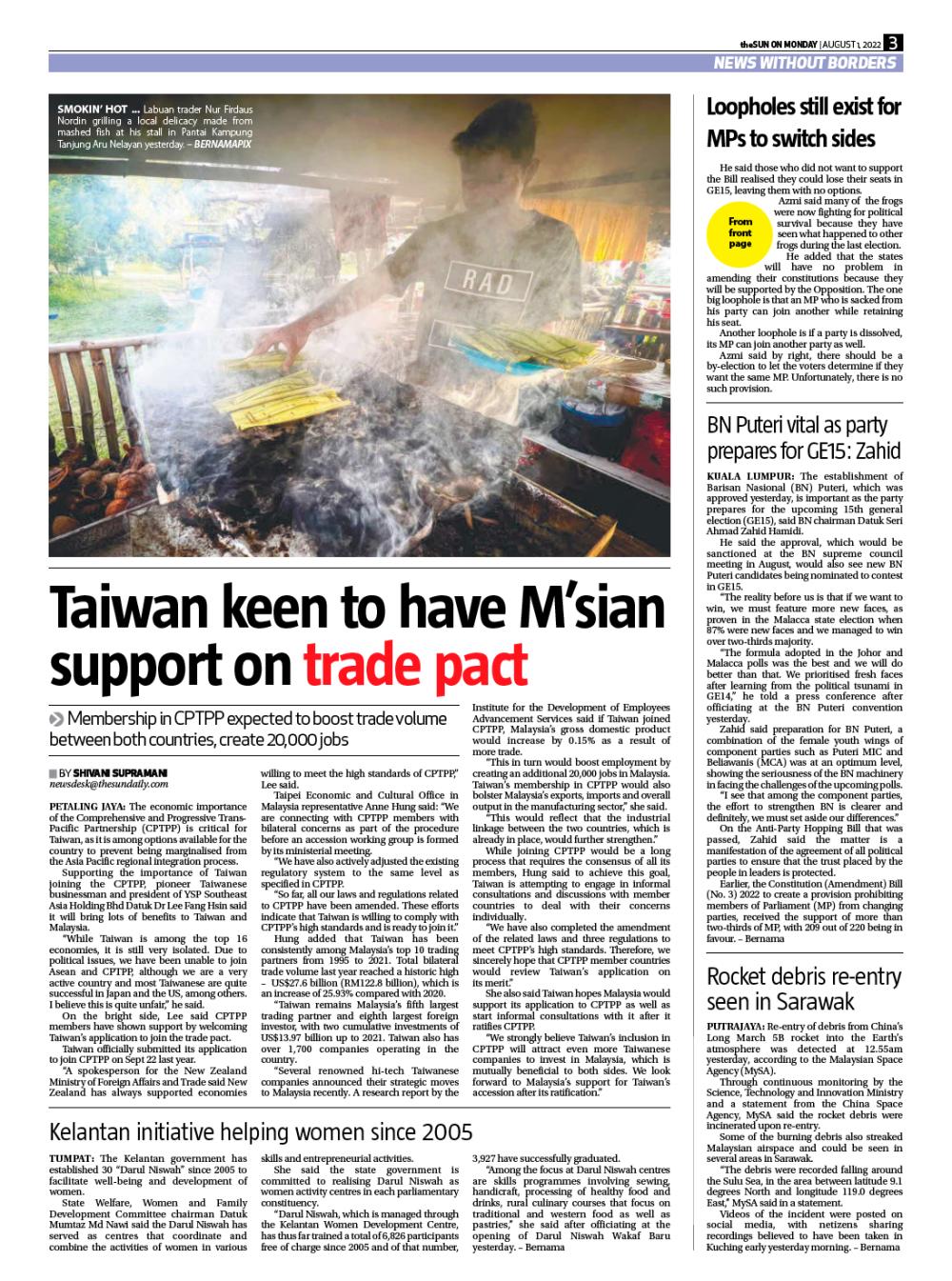 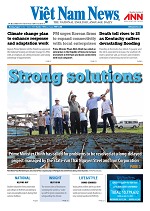 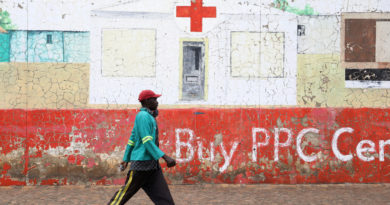 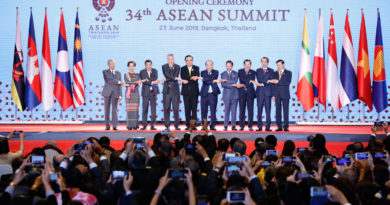 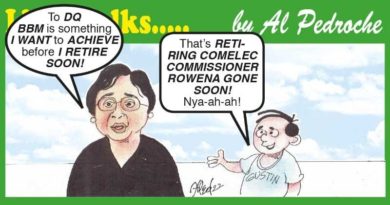