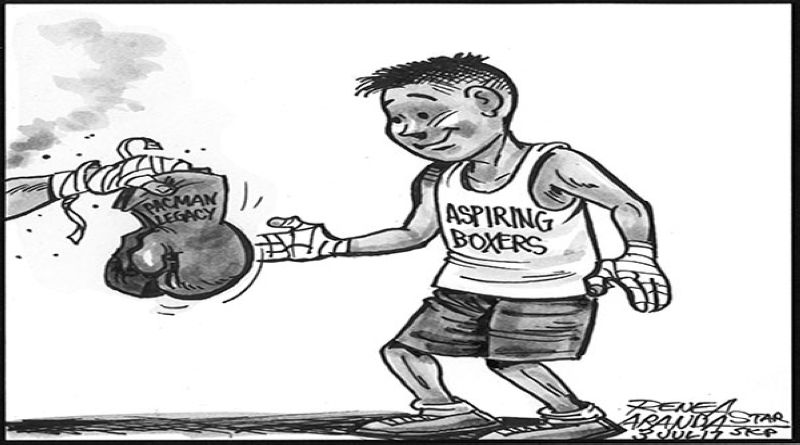 The odds were stacked heavily against Australian schoolteacher Jeff Horn as he waded into the ring to fight Filipino boxing champion Manny Pacquiao yesterday in Brisbane. In a stunning upset, however, the undefeated Australian overwhelmed Pacquiao, taking the WBO welterweight title by unanimous decision.

Another Filipino at least won in Brisbane. Jerwin Ancajas knocked out Teiru Kinoshita of Japan in the seventh round, retaining the World Junior Bantamweight title during the opening feature before the Pacquiao-Horn prizefight. The victory of Ancajas, 25, raised hopes for the development of the next generation of Filipino world boxing champions.

Pacquiao, though reeling from his fight against an opponent he admitted proved tougher than he expected, does not look ready to hang up his gloves. He’s ready for a rematch, he said, and Horn quickly accepted the challenge. After winning 11 championship fights in eight weight divisions, Pacquiao obviously thinks age is just a number. Boxing analysts said he was showing his 38 years in his bout with the 29-year-old Horn. On the other hand, several American sports aficionados lamented that Horn was handed a hometown decision.

Regardless of the outcome of yesterday’s title fight, even the great Muhammad Ali eventually had to hang up his gloves. The Philippines should start developing a new generation of potential boxing champions. Prospective boxers typically come from low-income households, and they will need a lot of help if they are to become world champions. Young men from privileged families rarely have any appetite for the possibility of having their faces smashed, especially in public. Training for boxing requires the type of investment that the poor cannot afford, and therefore needs support from private sponsors or the government.

Young boxers must be developed not just for professional championship fights but also for the Olympics. Boxing is one sport where Filipinos have performed well in the Olympics, but the country has yet to bag a gold medal in the games. The best time to scout for new boxers and start training them is now. 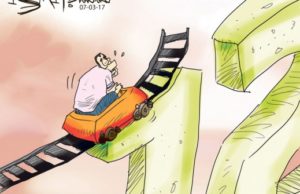 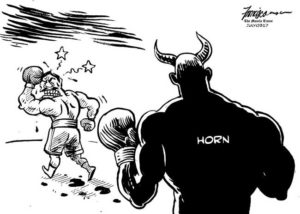 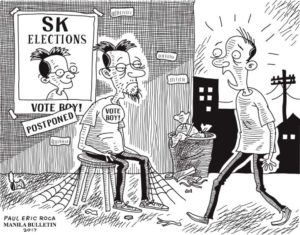 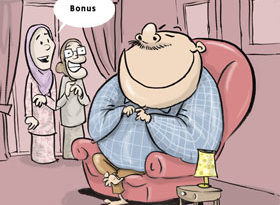 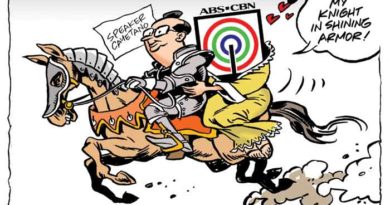 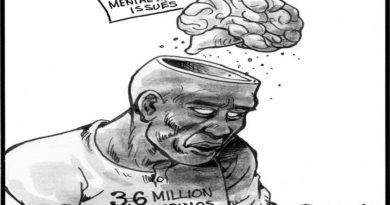 ASEAN EDITORIAL CARTOONS: Stress in the time of COVID