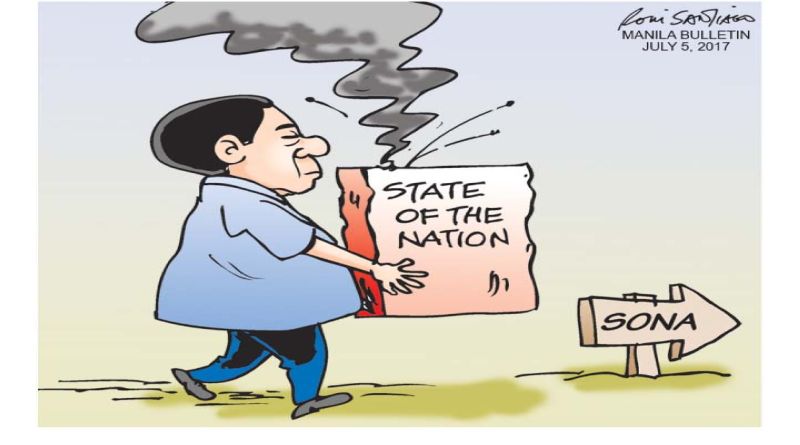 When President Duterte delivers his second State-of-the-Nation Address (SONA) on Monday, July 24, the nation will be recalling the plans he announced and the promises he made in his first SONA on July 23, 2016, as well as his Inaugural Address a month earlier on June 30, 2016. Malacañang is now preparing the President’s SONA, Presidential Communications Secretary Martin Andanar disclosed the other day.

At the beginning of his first SONA, the President said he was not going to dwell on the sins of the past administration but assured that all those who had a hand in irregularities will have their day of reckoning. He should report in the coming SONA on officials – local mayors and governors, barangay chairmen, policemen, legislators, and other government people – who have now been charged and detained.

The President paid the usual homage to human rights, social justice, the rule of law, improvement of the people’s welfare in health, education, food, housing, environmental preservation, and respect for culture. He may well renew his vows in these areas.

The President vowed to crush the Abu Sayyaf and other rogue elements with greater coordination with Indonesia and Malaysia. In his coming SONA, he will undoubtedly concentrate on another lawless Mindanao group – the Maute – which turned out to be biggest problem for the nation in 2017, moving the President to declare martial law in all of Mindanao.

Duterte appealed last year to the Bangsamoro organizations as well as the New People’s Army to help the government end fighting in the country. He may now report on his expectations for peace with the Moro leaders but may voice disappointment on his efforts to reach out to the Communist rebellion leaders.

The President spoke last year on his hopes and plans for the economy. He will have much to report on this in the coming SONA, particularly the myriad infrastructure projects, including roads and bridges, train systems, ferry systems, airports and seaports, all already assigned funding in the billions of pesos.

On natural resources, President Duterte in 2016 vowed greater efforts against illegal logging and illegal mining, as well as a return of Laguna de Bay to fishermen. This coming July 24, he will surely touch on these very sensitive issues, including the short-lived campaign of a cabinet member to revamp the country’s mining industry.

The first year of the administration was dominated by the anti-drugs campaign, for which President Duterte found himself at odds with officials of the United Nations, the European Union, and the United States. The President should give a comprehensive report to the nation, including statistics on the dead on both sides, rehabilitation plans, and the continuing anti-drugs campaign.

The Philippines has become involved in important international affairs. It has developed closer relations with China and Russia in its efforts to develop a more independent foreign policy. It has also become a center of Islamic State extremism in this part of the world.

Within only one year of the new administration, so many changes have been effected in our country, affecting so many of us in unprecedented ways. We thus look forward to the second State of the Nation Address of President Duterte on July 24, 2017. 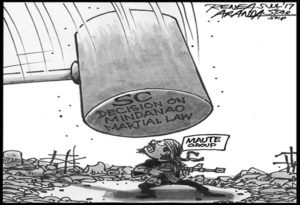 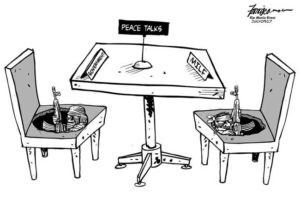 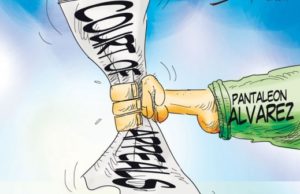 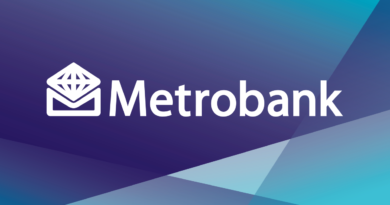 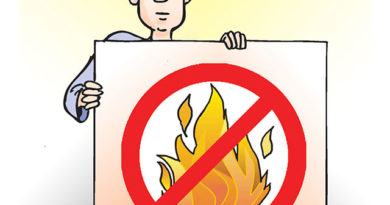 CARTOON EDITORIALS: MANILA – Be warned on fires at this time of the year – The Manila Bulletin 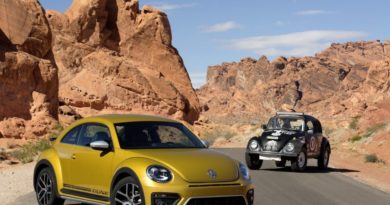