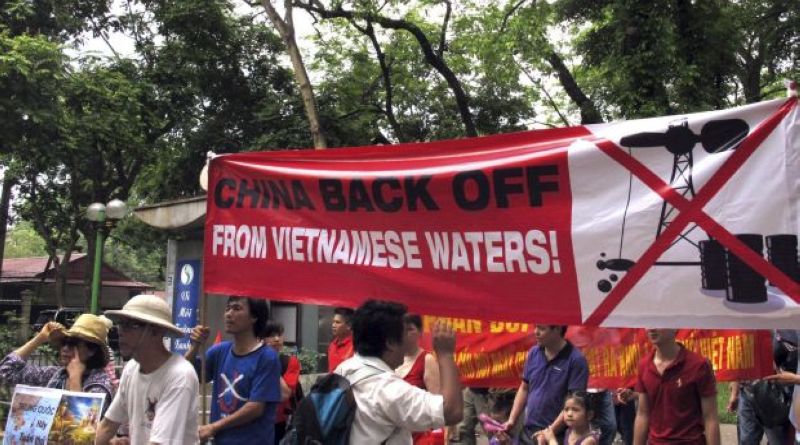 Citizens of Vietnam have developed an unusual national pastime: Across the country and on social networks, people trade suspicions that their government is secretly giving in to an aggressive China. And lately, there has been plenty of fuel for their rumours.

Some blame a visibly diminished US presence for giving Beijing an opportunity to act behind the scenes. Many blame officials in Hanoi for putting economic cooperation or alleged communist solidarity above questions of national pride. Last month, when a valuable project overseen by the Spanish company Repsol was suspended without explanation, both theories abounded.

“Is Trump weak, so therefore China is getting stronger? Maybe,” said Dung Nguyen, a small-business owner in Hanoi who often deals with foreign countries, including China. “People even worry in the future we could have another war with China. It’s all very scary.”

But with Vietnam’s closed political system keeping diplomatic machinations a secret, most people – even experts, by their own admission – simply don’t know what’s happening, providing the perfect atmosphere for wild speculation.

“We don’t really know what’s going on,” Nguyen said. “Now that everyone is online, we’ve realized that our [state] media wasn’t telling the whole truth, but we don’t have access to that whole truth, either.”

Domestically, China is one of the most sensitive issues for Vietnam’s otherwise stable communist government. Much of the country’s small dissident community attacks the Communist Party on this issue, and perceived weakness regarding Beijing is often seen as its most vulnerable point – more so than calls for democracy, expanded human rights or even the need to maintain economic growth.

Vietnam is a pillar of opposition to Beijing – at least in public view. Of the 10 countries in the ASEAN trade bloc of Southeast Asian nations, which has drifted in a pro-China direction since President Donald Trump took office, Vietnam is the last member openly pushing for a tougher stance on China’s expansion in the South China Sea – called the East Sea in Vietnam. Though many countries express private concerns, Hanoi is now publicly isolated on the issue of using international law to push back against China.

At an ASEAN forum in Manila in early August, not long after news broke of the drilling-project suspension, Vietnam reaffirmed its public opposition to Beijing. The United States, meanwhile, played an obviously reduced role, said Richard Javad Heydarian, an assistant professor of political science at Manila’s De La Salle University.

For those in the region opposing Chinese expansion, Heydarian said, “Trump has not been very helpful. We have seen a dramatic collapse in confidence in American leadership in Asia. (Secretary of State Rex) Tillerson didn’t look like he was representing the superpower [at the forum]. He looked more like the representative of a second-tier power, and everyone here knows he is besieged at home.”

Vietnam and China have a centuries-long history of strife, which has continued well into the modern era. Though China did support North Vietnam in its war against the United States, the last war Vietnam fought was with its large neighbour to the north, when China invaded in 1979. Vietnam’s battle-hardened troops surprised Beijing by pushing Chinese forces back, and sporadic clashes continued until a formal peace in 1990.

Vietnam’s fierce rivalry with China often exceeds any lingering resentment against the United States, which is now seen as a crucial counterweight to Beijing’s ambitions.

Yet the suspending of the Repsol drilling project has provided wary Vietnamese with a reason to believe their government is capitulating behind the scenes. Neither the Spanish company nor the Vietnamese government has offered an explanation for suspending offshore activities.

“There are so many rumours swirling around Repsol, as there always are when it comes to China and Vietnam. But there doesn’t appear to be any reason to do what they did other than pressure from Beijing,” said a prominent member of the international business community who frequently interacts with officials representing the three countries involved, who spoke on the condition of anonymity because he is not authorized to publicly speak about political matters.

If Vietnam did privately back down, he said, it has not been left with much choice since President Trump took office. “The US really left Vietnam at the altar when it cancelled the TPP. What are they supposed to do?” he asked, referring to the Trans-Pacific Partnership, the trade deal that included Vietnam and explicitly excluded China. Trump had slammed the deal as a job-killer during the presidential campaign, and he withdrew from the pact just days after taking office.

Another theory is China threatened military action if Vietnam did not capitulate. Philippine President Rodrigo Duterte – not always a reliable narrator – has said Chinese President Xi Jinping mentioned the possibility to him, lending some credibility to the theory. But experts point out war would be disastrous for China’s strategy of convincing neighbours to view Beijing as a font of benevolent stability.

Or the move might simply have been a tactical manoeuvre by Vietnam. “I think perhaps this is just a short-term withdrawal, as they are waiting for a less difficult geopolitical moment,” said Hoang Viet, a professor of maritime law at Ho Chi Minh City University. “But this is a very sensitive issue. It’s sacred for Vietnamese people, but the government absolutely does not want to make Beijing angry.”

Meanwhile, along the dreary coast of the South China Sea, rapid construction continues unabated. Vietnam’s economy is growing at a steady clip, something often seen as a prerequisite for maintaining support for the Communist Party. And that imperative, more than the rivalry with Beijing, may be more important to Hanoi in the end.

“Maybe China is just too big. All we can really do is deal with them as sensitively as possible,” muses Le Dinh Toan, an intellectual property researcher passing through Hanoi. “Maybe we have to accept we are lesser.” 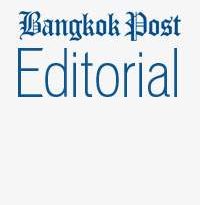 OP-ED: Fight for rights, not for awards 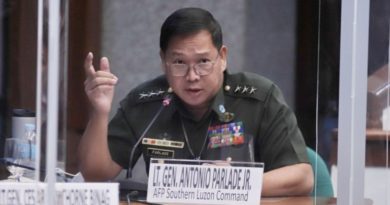 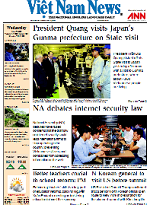