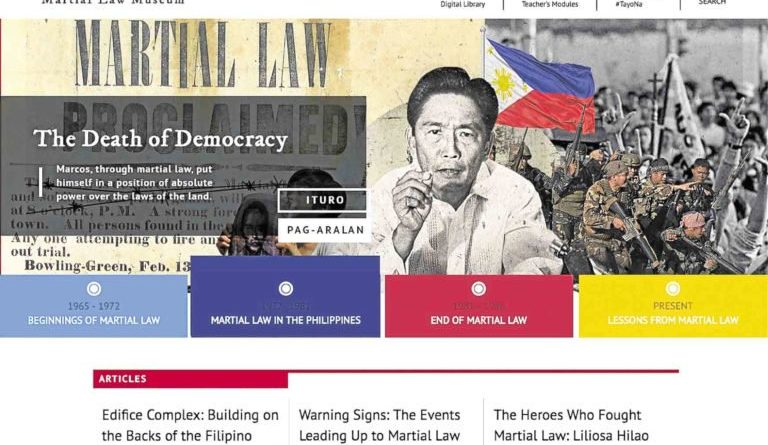 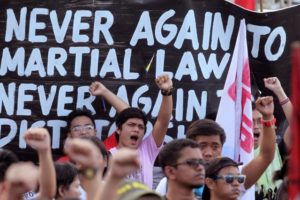 .
How could we have forgotten so quickly? More to the point, how can we remember something that most of us never really experienced?
.
By: Eric S. Caruncho – Staff Writer / @Inq_Lifestyle
Philippine Daily Inquirer / 06:00 AM September 17, 2017

Amnesia may be a normal response to trauma, but remembering is essential to full recovery.

This is as true of the national trauma that we remember as “martial law”—shorthand for the 14-year dictatorship of President Ferdinand E. Marcos—as it is for any other kind of physical, mental or emotional abuse.

Forty-five years since the nightmare began, we are not there yet.

Not only that, the signs are pointing to an impending relapse: a rising body count in a murderous war on drugs, the beginnings of a police surveillance state with spies in every barangay, the dismissal of human rights as an irrelevance, and an actual declaration of martial law, albeit restricted to Mindanao (for now).

How could we have forgotten so quickly? More to the point, how can we remember something that most of us never really experienced?

The vast majority of the Philippine population were born after Marcos was booted out of the country in 1986. Only a dwindling cohort of gray-hairs can lay claim to direct experience of the horrors of martial rule, and since when did youth pay much attention to the rants of old people?

There is such a thing as social memory, the shared knowledge of members of a group. Social memory is what we choose to remember, and can differ vastly between different groups of people. It is constructed, and therefore, can be bent and shaped toward political ends.

The online commenters who think Marcos was “the best president this country ever had” and claim to remember the martial-law period as a golden age of economic progress and national discipline, apart from being delusional, obviously partake of a different social memory from someone who sees a coming police state behind every newspaper headline.

There have been systematic attempts to revise history, to paint a rosier picture of the martial law era and to whitewash the role of Marcos in plundering his country and savaging its people. These include not only fake news sites online, but actual school texts that gloss over the crimes committed in the name of national discipline and progress, not to mention the current administration’s moves to rehabilitate the late dictator.

All of these serve to reconstruct social memory in favor of the late dictator, and by extension, his living heirs.

Former Rep. Neri Colmenares, chairman of the National Union of Peoples’ Lawyers (NUPL), says there’s no reason at all for President Rodrigo Duterte to declare martial law nationwide. But if Duterte should declare martial law, the NUPL would fight it.

Last year, on the 44th anniversary of martial law, the Department of Education acknowledged its failure to adequately teach students about a dark period in history, and committed to revising the curriculum to present a more accurate picture of martial law.

The people are also complicit in a willful act of denial, or at best, selective memory.

As University of the Philippines history professor Maria Serena Diokno wrote in “Memory as a Means of Empowerment”:

“I am not certain our people really have forgotten martial law. Perhaps our leaders have, which not only says something about the kind of persons we put in power, but indicates as well that vigilance and collective action on our part are necessary, not some of the time, but all of the time…

“What is worrisome is the kind of mentality martial law engendered and which our failure to mete out justice has sustained. It is a mentality that recognizes only power and justifies it on its own ends. It is a frame of mind disposed toward shortcuts and quickie solutions, sacrificing long-term goals of justice and social equity.”

“The typical Filipino has a nasty habit of forgetting the tragedies of our history and preferring to move on, to the detriment of justice and the resultant naivete of younger generations about what had really happened in decades and centuries past,” says Jose K. Tirol, associate professor in the history department of the Ateneo de Manila University.

“The typical student, therefore, sees martial law as some period that already happened, but does not need to be reexamined again since it does not matter anymore today.”

Tirol’s response to Marcos Jr.’s nearly successful vice-presidential run was to design an elective course to more effectively teach martial law, not just to history majors, but to any student interested in the period. The course was named History 172, memorializing the year martial law was declared.

“The course was created because the traditional Philippine history course for seniors spent only a few weeks on martial law and ended with People Power, and failed to discuss the aspect of memory,” says Tirol.

“Memory studies is a new interdisciplinary field, probably 30 years old, and I decided to apply it to martial law because I was aghast at the support the Marcoses were receiving from young people who had never had a critical understanding of what happened during that period. So I wanted a more in-depth history combined with not just what we need to know, but also why we have forgotten, and more importantly, why we need to know now.”

Although he was just a youngster during the waning years of martial law, both of Tirol’s parents experienced repression firsthand.

“My concerns about martial law and memory stem from a childhood of early politicization from parents immersed in the issues of that point in history, especially that of my mother’s interrogation in Fort Bonifacio in 1984,” he says. “I also remember that members of my mother’s family chose sides during martial law, some serving as cabinet rank under Marcos, while others were imprisoned for resisting Marcos.”

Apart from retracing the historical narrative of martial law, the course also examines its causes and effects, including the communist insurgency, human rights abuses, the emergence of crony capitalism, and the key players in the drama. At the end of the course, students are expected to trace the links between past events and current realities.

“To me, martial law has never been just some moment in history, but rather something that needs to be constantly remembered precisely because with every year afterwards, especially with this administration, we are on the verge of forgetting, or worse, misremembering,” says Tirol.

Initial results of the course, which debuted last semester, are promising. The challenge now is how to replicate it in other learning institutions.

The classroom is just one means of teaching young people about martial law. Technology is another.

Not a brick-and-mortar museum but a virtual one, it exists online (MartialLawMuseum.ph).

Like History 172, the Martial Law Museum traces its origins to Marcos Jr.’s vice-presidential run and its immediate aftermath.

“The MartialLawMuseum.ph is a communal response that aims to counter historical revisionism by having an online presence that will feature works of art, lectures, essays, teaching resources, among others, curated from artists, experts, scholars, researchers, teachers and students,” says Arjan P. Aguirre, administrator of the museum and a political science instructor at Ateneo.

“The thrust of the Martial Law Museum is threefold: mag-aral (study), magturo (teach) and manindigan (take a stand),” says Aguirre. “It’s a wholistic approach that shall begin with familiarizing ourselves again with what happened—mag-aral. Magturo is to share this knowledge with the young and not so young. Manindigan is a call to action.”

“Education is really the key in waging this war,” Aguirre adds. “To us it’s more of defending the truth, and going beyond that, deepening the truth. The museum comes in as a repository of tangible artifacts regarding martial law.”

He notes that the museum will include modules designed for teachers who want to teach their students about martial law.

Although Ateneo provided the startup funds, Aguirre emphasizes that the museum is a communal effort of a network of more than 200 individuals and institutions, some of whom have donated their services.

“We want this to be a collective effort,” he adds. “It’s not just an online community, but an offline one as well. We are not alone. De La Salle University has its own network of secondary schools where martial law is being taught, as well as the Center for Youth Advocacy and Networking (CYAN). We will synchronize our efforts with other groups… teaching martial law in a new way.”

Another innovation is trying new approaches rather than retreading the obsolescent ones to mobilizing its audience against historical revisionism.

“We will try to reframe the issue of martial law as something that goes beyond the man, but is actually a recurring issue in politics. The face of martial law changes, and that is something we should be able to see,” says Aguirre.

As Diokno suggested in her paper, memory is a means to empowerment. “How we choose to remember martial law is as much an assertion of our shared past as it is of the aspirations that bound us then, and do so now,” she writes. “Our memory of martial law is part of an unfinished national project to build a community of Filipinos on solid, equitable and just foundations.” 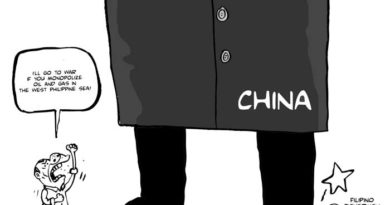 OP ED EDITORIAL & CARTOONS: … ..I’LL GO TO WAR IF YOU MONOPOLIZE OIL AND GAS IN THE WPS 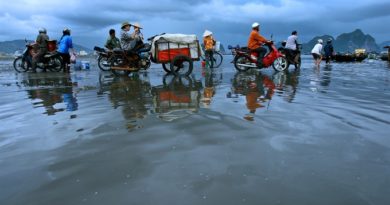 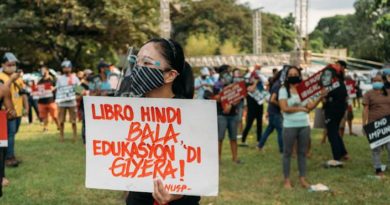