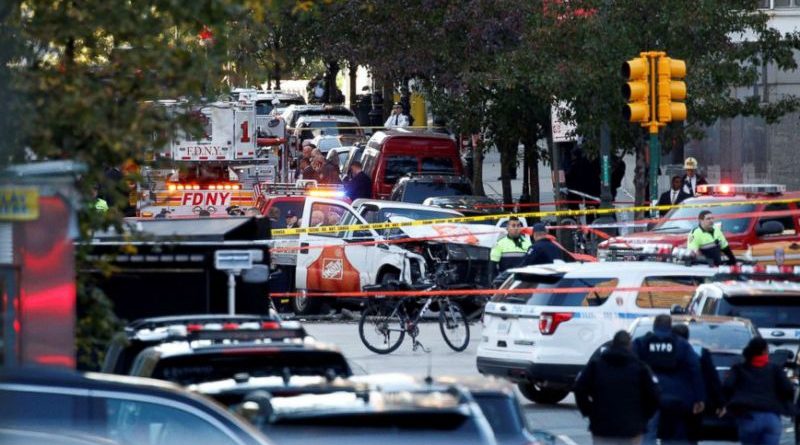 The man accused of plowing into people on a lower Manhattan bike path Tuesday had apparently been planning the attack for a number of weeks, police officials said today.

“He did this in the name of ISIS, and along with the other items recovered at the scene was some notes that further indicate that,” John Miller, deputy commissioner of intelligence and counterterrorism of the NYPD, said this morning of the attack that killed eight. “He appears to have followed almost exactly to a ‘T’ the instructions that ISIS has put out in its social media channels before with instructions to their followers on how to carry out such an attack.”

The suspect was charged Wednesday with providing support to ISIS and violence and destruction of motor vehicles.

Here is what we know about the attack:

— The suspect, identified as 29-year-old Sayfullo Saipov, was shot in the abdomen by a police officer and was transported to a hospital for treatment. He has been charged in connection to the attack and is eligible for the death penalty.

— Authorities are calling the incident a suspected terror attack. Saipov is believed to have worked alone, law enforcement sources said.

— A handwritten note in Arabic was recovered from the scene. According to the criminal complaint against Saipov, it said, “No god but god and Mohamed is his prophet” and “Islamic supplication. It will endure.”

— Investigators have talked to Saipov, who is expected to survive. It’s unclear what, if anything, investigators learned from him, though one official told ABC News the suspect seemed “proud” of the attack.

— According to the criminal complaint, Saipov allegedly began planning an attack against the U.S. a year ago. He was allegedly inspired by ISIS videos he’d watched on his cellphone.

— Investigators spent the overnight hours collecting video and still images from traffic and surveillance cameras along the route of the attack, sources said. Those images show that Saipov drove carefully and at moderate speed until he entered the jogging path and accelerated; investigators believe that suggests the suspect knew where he wanted to begin the attack. Authorities are pouring through toll records and other digital records to see if Saipov had scoped out the location beforehand, sources said.

8 dead after truck plows into people in New York City in ‘cowardly act of terror’: Mayor

Trump responds to NYC attack: Suspect is ‘a very sick and deranged person’

Authorities said today that the suspect allegedly rented the truck from a Home Depot in Passaic, New Jersey, around 2 p.m. Tuesday. According to license plate readers on the George Washington Bridge, he exited the bridge at 2:43 p.m. and drove southbound on the West Side Highway.

According to police, shortly after 3 p.m., the suspect started mowing down cyclists and pedestrians on a bike path near West Houston Street and the West Side Highway. The suspect drove south for about a mile, leaving strewn bodies and disfigured bicycles in his wake. 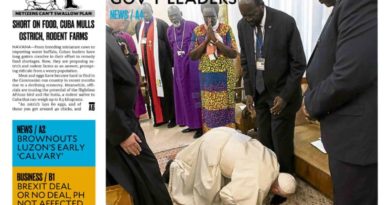 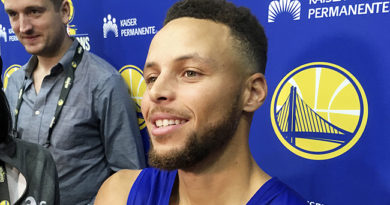 .. STANDING GROUND. A Filipino activist holds a Philippine flag while a Chinese coast guard ship sails close to his ship