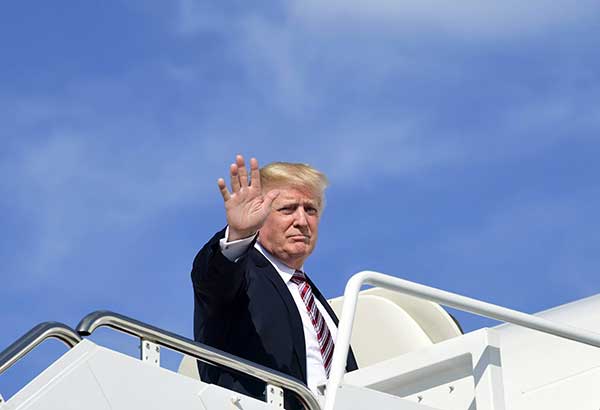 MANILA, Philippines — He’s not skipping the East Asia Summit (EAS) after all. United States President Donald Trump will extend his stay in Manila next week – contrary to an earlier announcement by the White House – to attend the EAS and other meetings on Nov. 14.

“The White House confirmed that President Trump will be attending the East Asia Summit on Nov. 14,” Department of Foreign Affairs spokesman Robespierre Bolivar told The STAR in a text message.

Trump, who left the US on Friday for a trip to various Asian nations, confirmed that his delegation would be “staying an extra day in the Philippines.”

The White House earlier said Trump will be in Manila to attend the celebration of the 50th anniversary of the Association of Southeast Asian Nations (ASEAN) on Nov. 12 and the ASEAN-US summit the following day. He was originally scheduled to skip the EAS summit and leave on Nov. 14. US Secretary of State Rex Tillerson was supposed to represent Trump at the EAS.

Before flying to Manila, Trump will visit Japan, South Korea, China and Vietnam.

His first official visit to Asia would be the longest made by a sitting American president in over two decades, according to reports.

The US President is also expected to have a bilateral meeting with President Duterte on Nov. 13.

Meanwhile, Romualdez said Trump’s decision to attend the gathering of world leaders in Manila “is a good development for our relations with the United States.”

Trump’s decision will also improve further not just the Philippine-US relations, but also US relations with the other ASEAN and East Asian countries.

Singapore and Japan are also eagerly looking forward to Trump’s attendance at the EAS, Romualdez added.

The EAS is a forum held annually by leaders initially of 16 countries in the East Asian, Southeast Asian and South Asian regions. Membership expanded to 18 when the US and Russia joined the group in 2011. EAS meetings are held after ASEAN leaders’ meetings. The first summit was held in Kuala Lumpur, Malaysia on Dec. 14, 2005.

Duterte, who had announced his “separation” from the US and pivot to China, was very happy upon receiving news on Friday evening that Trump would extend his stay in Manila, Romualdez said.

Duterte, he added, was looking forward to his bilateral meeting with Trump.

One of the major issues the President hopes to discuss with Trump is narco-terrorism, Romualdez said.

Duterte had earlier lauded Trump’s decision to declare a national emergency over opioid abuse in the US, which the US leader called a “national shame.”

The Chief Executive has been vocal about eliminating the drug menace which, he said, has fueled terrorism in the country, especially in Mindanao as highlighted by the siege of Marawi City.

Communications Secretary Martin Andanar, for his part, said the ASEAN and EAS summits would provide a perfect time for ASEAN and partner countries to tackle unresolved issues.

He also hailed Trump’s decision to attend the EAS.

“The Palace welcomes the announcement of the White House that President Donald Trump would extend his stay in the Philippines to attend the East Asia Summit,” Andanar said.

He said Duterte “looks forward to engaging President Trump in the productive dialogue at the ASEAN-US Commemorative Summit and the EAS.”

“The Philippines, as host, chairman of the 31st ASEAN Summit and Related Meetings, is set to welcome all foreign leaders and delegates and to ensure that they would experience their Filipino hospitality at its finest,” he added.

Andanar also appealed to the public to cooperate with authorities and follow stricter security and traffic rules during the ASEAN summit.

“Of course, during that day or those days na meron tayo sa ASEAN, we also expect the cooperation of the public,” he said.

“We should show our best foot forward (because) this is the time that we can show the whole world that we are a very good country, a very nice country, disciplined people and we are very warm, alam na naman ng lahat ‘yan (everyone knows that). And we are very orderly,” Andanar added. Trump began his five-country Asian trip on Friday.

Trump left Joint Base Andrews, just outside Washington, for Hawaii. His next stop is Japan, followed by South Korea, China, Vietnam and the Philippines.

In his departure speech, Trump announced that he decided at the last minute to extend his stay in Asia, in the wake of criticism that he was not very serious about strengthening ties with Asian allies.

Prior to the ASEAN summit in Manila, Duterte and Trump are also expected to meet in Danang, Vietnam on Nov. 10 for the Asia-Pacific Economic Cooperation (APEC) meetings.

APEC is the premier leaders-level forum for promoting cooperation in efforts to reduce barriers to trade and investment throughout the Asia-Pacific region.

With stricter security measures being readied for the ASEAN and EAS summits, thousands of workers are preparing nonetheless to welcome Trump with mass protests, especially in Metro Manila.

Elmer Labog, chairman of the International League of People’s Struggles (ILPS), said yesterday they are expecting around 10,000 protesters to meet Trump on Nov. 12.

“After threatening to unleash ‘fire and fury’ and ‘calm before the storm,’ Trump would be in for a surprise,” Labog said at a news forum in Quezon City, referring to Trump’s statements against North Korea.

Labog said they are set to hold a rally outside the US embassy in Manila on Nov. 10 as an initial salvo against Trump.

The ILPS will also hold a press briefing on the same day at the University of the Philippines in Diliman, expected to be attended by anti-war activists from South Korea, Japan, China, Australia and other countries.

Among the delegates to the conference is Erdelan Baran, a member of the Kurdistan National Congress who led campaigns against terrorism in Syria and Iraq.

Another participant is Toshide Fujiwara of the Asia-Wide Campaign who  is slated to share his insights regarding the presence of US military bases in Japan.

Labog said rallies will also be held on Nov. 13 in the vicinity of the Philippine International Convention Center in Pasay City and in Clark Field, Pampanga on Nov. 14.  –  With Rhodina Villanueva 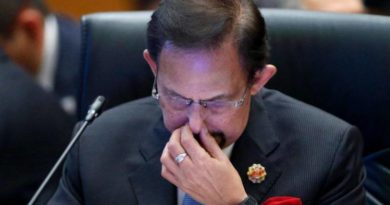 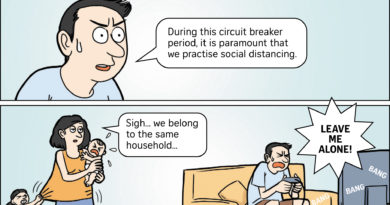