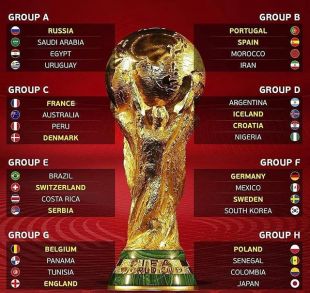 After losing 0-1 to Germany in extra time at the last World Cup final, Argentina and their talisman Lionel Messi will be desperate to lift the trophy. But they will first have to navigate past a tricky Group D, after the World Cup draw was made at the State Kremlin Palace in Moscow on Friday (Saturday, Dec 2, Singapore time).

While there may be no obvious “Group of Death”, this should be the most competitive section, with the world No. 4 drawn alongside Croatia (17th), Iceland (22nd) and Nigeria (50th).

Argentina barely scraped into the finals and five-time World Player of the Year Messi, 31, will once again be required to provide inspiration at possibly his last World Cup. Still, a plethora of attacking talents such as Sergio Aguero, Angel di Maria and Paulo Dybala, Jorge Sampaoli’s men will ensure they are favourites to progress out of Group D.

However, they will do well to take heed of the dangers their opponents pose.

The last time Argentina failed to make it past the group stages of the World Cup was in 2002, when they were also grouped with Nigeria.

The Super Eagles will also be brimming with optimism after beating Argentina 4-2 in a recent friendly in Krasnodar, Russia on Nov 14.

Each of Argentina’s four previous encounters with the Croatians – two victories, a loss and  a draw – have also been close, with winning margins capped by just one goal.

They met in the final Group H match at the 1998 World Cup in France, and with qualification assured, a 36th-minute winner by defender Mauricio Pineda was enough for the South Americans to top the group.

While Argentina have never met World Cup debutants Iceland on the international stage, they only have to look at England’s shock last-16 2-1 defeat at Euro 2016 to know that the Nordic nation will not be pushovers.

Should they finish in the top two, they will meet either the winners or runners-up of Group C, which include 1998 champions France, Denmark and Peru, in the last 16.

The most tantalising group-stage clash will be Group B’s first game between European champions Portugal and 2010 winners Spain on June 15 in Sochi.

Incidentally, both teams experienced harrowing openers against top teams as they failed to make the knockout stage four years ago in Brazil. Spain were thumped 5-1 by the Netherlands while Portugal were routed 4-0 by eventual champions Germany.

However, with Morocco and Iran in the mix – only the Africans have made it to the round of 16 once in 1986 – the Iberian neighbours will fancy their chances to advance.

In Group G, world No. 15 England will have heaved a sigh of relief after being drawn out of Pot 2, due to their inferior ranking, eluding the Pot 1 likes of holders Germany, Argentina and five-time champions Brazil.

Instead, Gareth Southgate’s Three Lions are likely to ease past Tunisia and first-timers Panama, even if they could struggle against the talented Belgians.

The Germans drew Mexico, Sweden and South Korea in Group F and should keep up their fine record of cruising past the first round in every edition since they won their first world title in 1954.

Hosts Russia and Group A opponents Saudi Arabia will kick off this World Cup on June 14, and the final will be played on July 15, with both games held at the Luzhniki Stadium in Moscow. 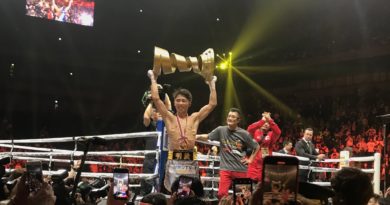 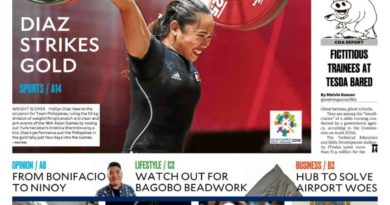