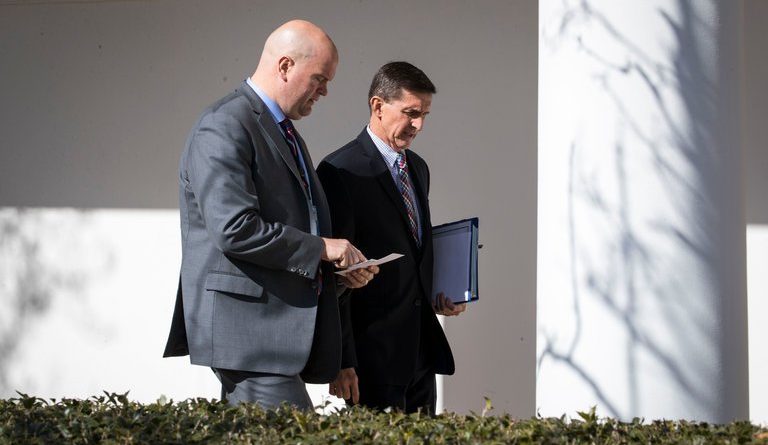 WASHINGTON — When President Trump fired his national security adviser, Michael T. Flynn, in February, White House officials portrayed him as a renegade who had acted independently in his discussions with a Russian official during the presidential transition and then lied to his colleagues about the interactions.

But emails among top transition officials, provided or described to The New York Times, suggest that Mr. Flynn was far from a rogue actor. In fact, the emails, coupled with interviews and court documents filed on Friday, showed that Mr. Flynn was in close touch with other senior members of the Trump transition team both before and after he spoke with the Russian ambassador, Sergey I. Kislyak, about American sanctions against Russia.

While Mr. Trump has disparaged as a Democratic “hoax” any claims that he or his aides had unusual interactions with Russian officials, the records suggest that the Trump transition team was intensely focused on improving relations with Moscow and was willing to intervene to pursue that goal despite a request from the Obama administration that it not sow confusion about official American policy before Mr. Trump took office.

On Dec. 29, a transition adviser to Mr. Trump, K. T. McFarland, wrote in an email to a colleague that sanctions announced hours before by the Obama administration in retaliation for Russian election meddling were aimed at discrediting Mr. Trump’s victory. The sanctions could also make it much harder for Mr. Trump to ease tensions with Russia, “which has just thrown the U.S.A. election to him,” she wrote in the emails obtained by The Times.

It is not clear whether Ms. McFarland was saying she believed that the election had in fact been thrown. A White House lawyer said on Friday that she meant only that the Democrats were portraying it that way.

But it is evident from the emails — which were obtained from someone who had access to transition team communications — that after learning that President Barack Obama would expel 35 Russian diplomats, the Trump team quickly strategized about how to reassure Russia. The Trump advisers feared that a cycle of retaliation between the United States and Russia would keep the spotlight on Moscow’s election meddling, tarnishing Mr. Trump’s victory and potentially hobbling his presidency from the start.

As part of the outreach, Ms. McFarland wrote, Mr. Flynn would be speaking with the Russian ambassador, Mr. Kislyak, hours after Mr. Obama’s sanctions were announced.

“Key will be Russia’s response over the next few days,” Ms. McFarland wrote in an email to another transition official, Thomas P. Bossert, now the president’s homeland security adviser.

In an interview, Ty Cobb, the White House lawyer handling the Russia inquiry, said there was nothing illegal or unethical about the transition team’s actions. “It would have been political malpractice not to discuss sanctions,” he said, adding that “the presidential transition guide specifically encourages contact with and outreach to foreign dignitaries.”

The only problem, Mr. Cobb said, was that Mr. Flynn had lied to White House officials and to F.B.I. agents about what he had told the Russian ambassador. Mr. Flynn’s misstatements led to his firing in February and his guilty plea on Friday to charges of lying to federal agents.

With Mr. Flynn’s plea and agreement to cooperate with Robert S. Mueller III, the special counsel investigating the Russian election interference, the inquiry edges closer to Mr. Trump. The president tried to persuade the F.B.I. director, James B. Comey, to drop the bureau’s criminal investigation of Mr. Flynn, and fired Mr. Comey after he failed to comply.

Mr. Trump and his aides have suggested that his concern about Mr. Flynn’s potential legal jeopardy was motivated mainly by the president’s admiration for his former national security adviser’s military service and character.

But the new details about Mr. Flynn’s Russia contacts underscore the possibility that the president may have been worried not just about Mr. Flynn but also about whether any investigation might reach into the White House and perhaps to the Oval Office. That question will be at the center of any consideration by Mr. Mueller of whether Mr. Trump’s actions constituted obstruction of justice.

The Trump transition team ignored a pointed request from the Obama administration to avoid sending conflicting signals to foreign officials before the inauguration and to include State Department personnel when contacting them. Besides the Russian ambassador, Mr. Flynn, at the request of the president’s son-in-law, Jared Kushner, contacted several other foreign officials to urge them to delay or block a United Nations resolution condemning Israel over its building of settlements.

Mr. Cobb said the Trump team had never agreed to avoid such interactions. But one former White House official has disputed that, telling Mr. Mueller’s investigators that Trump transition officials had agreed to honor the Obama administration’s request.

Mr. Bossert forwarded Ms. McFarland’s Dec. 29 email exchange about the sanctions to six other Trump advisers, including Mr. Flynn; Reince Priebus, who had been named as chief of staff; Stephen K. Bannon, the senior strategist; and Sean Spicer, who would become the press secretary.

Mr. Obama, she wrote, was trying to “box Trump in diplomatically with Russia,” which could limit his options with other countries, including Iran and Syria. “Russia is key that unlocks door,” she wrote.

She also wrote that the sanctions over Russian election meddling were intended to “lure Trump in trap of saying something” in defense of Russia, and were aimed at “discrediting Trump’s victory by saying it was due to Russian interference.”

The news and stories that matter to Californians (and anyone else interested in the state), delivered weekday mornings

“If there is a tit-for-tat escalation Trump will have difficulty improving relations with Russia, which has just thrown U.S.A. election to him,” she wrote.

Mr. Flynn, who had been fired by Mr. Obama as director of the Defense Intelligence Agency, was the point person for the transition team on policy toward Russia and other countries. After Mr. Trump named him as his national security adviser in November, Mr. Flynn began briefing him — some say daily — on foreign policy.

Ms. McFarland, who served until May as deputy national security adviser and is awaiting confirmation as ambassador to Singapore, was sometimes referred to by other transition officials as “Flynn’s brain.” She could not be reached for comment.

Mr. Flynn’s Dec. 29 call with Mr. Kislyak was one of the first formal interactions between the incoming administration and a foreign government. On that winter day, Mr. Trump’s closest associates were scattered around several warm-weather locations.

Mr. Flynn was in the Dominican Republic. Other senior members of Mr. Trump’s transition team, including Ms. McFarland, were at Mr. Trump’s Mar-a-Lago resort in Palm Beach, Fla. Mr. Kushner was vacationing in Hawaii with his family.

In his phone call with Mr. Kislyak, Mr. Flynn asked that Russia “not escalate the situation,” according to court documents released on Friday. He later related the substance of the call — including the discussion of sanctions — to a senior transition official, believed to be Ms. McFarland. A few days later, he briefed others on the transition team.

Mr. Flynn’s intervention appeared to have a dramatic effect. To the surprise of foreign policy experts, the Russian president, Vladimir V. Putin, did not immediately respond with retaliatory expulsions of Americans from Moscow.

Mr. Trump praised that decision in a tweet, writing: “Great move on delay (by V. Putin) — I always knew he was very smart.”

It is uncertain how involved Mr. Trump was in the discussions among his staff members of Mr. Flynn’s conversation with the Russian ambassador. Mr. Spicer told reporters on the morning of Dec. 29 that the president-elect would be meeting with his national security team, including Ms. McFarland, that day. A phone call that included Mr. Trump, Mr. Flynn, Ms. McFarland, Mr. Priebus and Mr. Bannon was scheduled for 5 p.m., shortly after Ms. McFarland’s email exchange. It is unclear whether the call took place.

Mr. Cobb said that Mr. Trump did not know that Mr. Flynn had discussed sanctions with Mr. Kislyak in the call. After the inauguration, “Flynn specifically denied it to him, in the presence of witnesses,” he said.

Some legal experts have speculated that the contacts during the transition between Trump aides and foreign officials might violate the Logan Act, a law that prohibits private American citizens from working with a foreign government against the United States. But the act has not been used to prosecute anyone since the 19th century. Mr. Cobb said the law “certainly does not apply” to a presidential transition team.

Testifying before Congress in June, Mr. Comey declined to say whether the president had fired him to impede the investigation. “I don’t think it’s for me to say whether the conversation I had with the president was an effort to obstruct,” he said. “I took it as a very disturbing thing, very concerning, but that’s a conclusion I’m sure the special counsel will work towards to try and understand what the intention was there, and whether that’s an offense.” 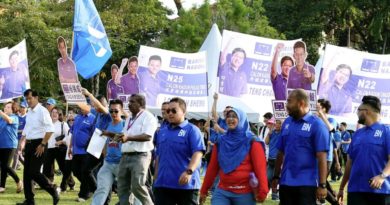 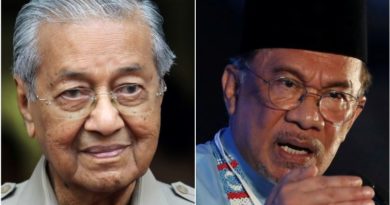 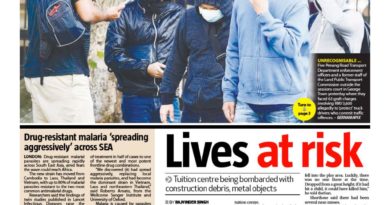