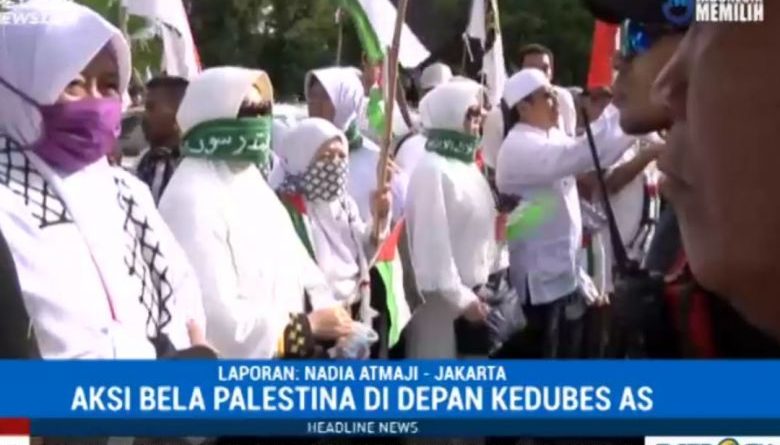 Anti-trump protesters in front of the US embassy in Jakarta.PHOTO: SCREENGRAB FROM METROTV 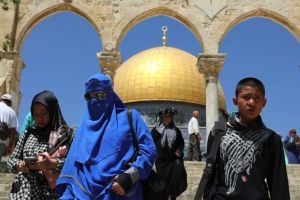 JAKARTA – More protesters in Indonesia took to the streets in downtown Jakarta on Sunday (Dec 10), to rally against United States President Donald Trump’s decision to recognise Jerusalem as the capital of Israel. 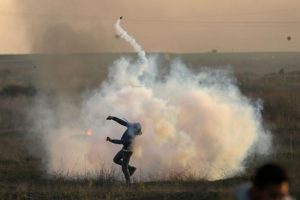 A Palestinian protester throws a tear gas canister back at Israeli forces during clashes near the Israel-Gaza border east of Gaza City.PHOTO: AFP

The PKS is an Islamic political party that is part of the opposition coalition in Indonesia.

“We are here to show that we disagree, and are against (Trump’s decision to recognise Jerusalem as Israel’s capital) and we believe the majority of the world’s people are opposed to what Donald Trump claims,” Mr Sohibul told Detik news.

A separate group comprising activists from Masyarakat Relawan Indonesia, or the Indonesia Volunteer Society, has gathered at the Hotel Indonesia roundabout, the heart of the main thoroughfare in Central Jakarta that is closed every Sunday for Car-Free-Day.

The protesters, mostly dressed in traditional Arabic clothing known as jubah, were seen waving Indonesian and Palestinian flags, as well as carrying placards with slogans such as “Free Palestine”, or “Kita Bersama Palestina”, which means “We are together with Palestine”.

Israel had captured East Jerusalem in the 1967 Six-Day War and declared the entire city as its capital in 1980, a move that was condemned by the international community till this day.

Many countries continue to call for a two-state solution, with East Jerusalem as the capital of an independent Palestinian state.

The two rallies in Jakarta were significantly larger than the turnout on Friday afternoon when the first such protest was held at the US mission in Jakarta.

Protesters in Indonesia have joined the chorus of thousands across Muslim-majority cities in Asia, including in Malaysia, Bangladesh and Pakistan, to condemn the controversial decision by the White House to reverse a longstanding US policy and raise the status of Jerusalem.

Many world leaders have said that Mr Trump’s decision could have grave repercussions for security and stability, as well as derail counter-terrorism efforts.

The Organisation of Islamic Cooperation (OIC) has said it “deeply regrets” Mr Trump’s move to formally recognise Jerusalem and his plan to relocate the US embassy from Tel Aviv to Jerusalem.

The group comprising 57 member states has said it stands by its position that Jerusalem is an integral part of Palestinian territory that has been occupied by Israel since 1967.

It has since called for an extraordinary summit to be held in Istanbul from Dec 12 to 13, and both Indonesian President Joko Widodo and Malaysian Prime Minister Najib Razak have said they will be attending the OIC meeting.

Indonesia, the world’s largest Muslim-majority country, has been a longstanding supporter for Palestinian independence. 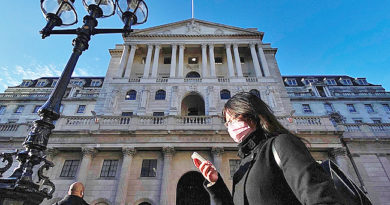 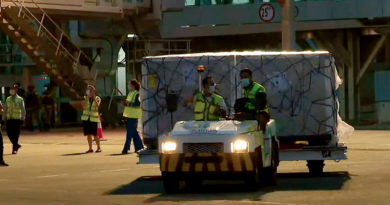 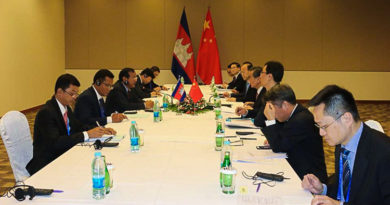